Advent isn’t about chocolate calendars. It’s about the return of Jesus Christ

We may find it hard to get our heads around the second coming of Christ, but Advent provides an opportunity to reflect on the unique hope that Christians have, says Graham Tomlin 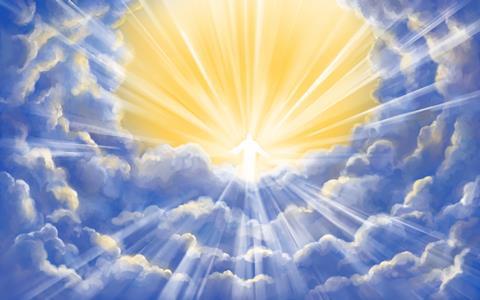 Weirdly, Advent is a part of the Christian year that is perhaps more spoken of outside the church than in it.

Many households have already started on their Advent calendars, with children excitedly opening a little cardboard door each day.

In the past, Advent calendars might have a Bible verse behind each door, but these days it’s more likely to be an exotic kind of chocolate or even a shot of gin lying behind the numbers. Some have Advent candles or Advent wreaths on the door – whatever it is, Advent is big business.

Yet in the Church, many of us don’t know what to do with Advent. Some churches barely notice it, just seeing it as the run-up to Christmas. Others might celebrate it, but feel a bit queasy about what, frankly, seems a bit far-fetched in its message. Because Advent is that time of year when we think about the claim that this world as we know it will come to an end, when Jesus will come back again one day.

We find it relatively easy to imagine Jesus being born - it’s what happened to all of us. We can imagine him dying, as we’ve seen it happening too many times to others.

But coming back again? Really?

The problem is that it’s very hard to imagine it. When we imagine the Ascension of Jesus, we imagine him taking off into the sky from the Mount of Olives, like a space rocket, so maybe imagine him coming back “in the same way”, (Acts 1:11) slowly descending to earth to touch down somewhere in the Holy Land. But the moment we articulate that, if we’re honest, we find it hard to picture.

The Bible says there will be a “new heaven and new earth in which righteousness dwells.” (2 Peter 3:13) But can we really imagine that?

We can perhaps imagine the end of the world - our looming climate catastrophe has raised the spectre of global devastation all too vividly. Yet the idea that this somehow coincides with the return of Jesus and the inauguration of a new world order is much harder to get your head around.

For people in Ukraine, or many others places for that matter, their experience has been of destruction, bereavement, loneliness, loss. Can we really imagine world without those things? Can we picture a world with no earthquakes, cancer, sickness or tears?

Christians have always used a particular word to describe this expectation.

Hope is different from planning. When we plan, we do so on the basis of current trends, predicting what will happen by looking at what has happened before. Economists and statisticians are used to doing this all the time - planning for the future, presuming we can see predictable patterns as to how things will turn out.

Yet hope is different. Hope is about expecting something entirely new.

the return of Jesus is something entirely new. It is like the resurrection - you could never have predicted that on the basis of previous trends of what happens to dead people

One image the Bible uses is that of night and day. In the middle of the night, when it is pitch black, we might use candles, torches, lights that push back the darkness a little. We might see the first glimmers of dawn on the horizon. But none of them can compare with the actual sunrise, when an enormous ball of fire and light floods the world with light. In the darkest hour, that can be hard to imagine,

Another image is that of childbirth. I remember when my wife was pregnant with our first child, trying to imagine what it would be like to be a father, to hold my own son in my arms. However many books you read, you can never quite grasp what that moment is like until it happens.

In one of Marilynne Robinson’s novels, Gilead, an elderly pastor ponders his forthcoming death: “This morning I have been trying to think about heaven, but without much success. I don’t know why I should expect to have any idea of heaven. I could never have imagined this world if I hadn’t spent almost eight decades walking around in it.”

The point of all these images is to emphasise that the return of Jesus is something entirely new. It is like the resurrection - you could never have predicted that on the basis of previous trends of what happens to dead people.

The need for agnosticism

The point about the new heavens and the new earth is that they are new. We can try to imagine it, through those occasional experiences we have of utter joy at a spectacular view, the intimacy of close friends, basking in a significant achievement, or those moments when we experience healings or miracles, or when justice finally prevails. But those are like the dim lightening of the sky at dusk. We can never get our heads around the whole thing.

We should have a proper agnosticism about the shape of our future destiny, the idea of Jesus’ return and the exact form of the new heavens and new earth. It’s why artists and poets are perhaps better at giving us a glimpse of it than scientists and theologians. This is a task that requires imagination, not logic.

So next time you open a door on the Advent calendar, or light your Advent candle, let it remind you that you are someone who is waiting for something. Whatever you possess or experience never quite satisfies, because you were made for something more. Advent teaches us to wait patiently, but expectantly, for the new world that will surely come, even if we find it hard to imagine.