Charmaine Yip shares her remarkable testimony of healing, salvation and what inspired her to write an award-winning sermon 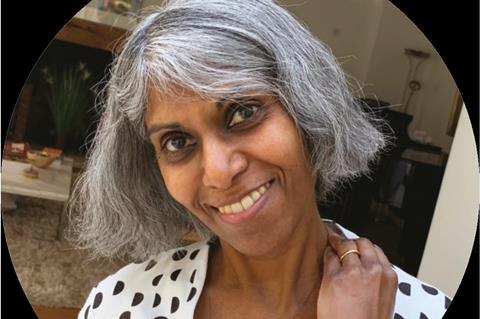 I grew up in South Africa at a time when apartheid was still in place. My parents were Christians, so I was raised in the Church, but in my teens I rejected God, largely because of apartheid. And so I went my own way. I did well at university, qualified and worked as a lawyer. I was hired by a London law firm. Professional success blinded me to how empty I was and how much I needed God.

STOPPED IN MY TRACKS

When my second child was born, I became a full-time mum and started writing part-time. I also began attending church with my family, mainly because I wanted my children to grow up with Christian values. But I still didn’t want God for myself.

Then, in 2011, I suffered a breakdown and was diagnosed with a debilitating mental illness. I was no longer able to write. It was a very dark time. But I still refused to turn to God. I then contracted an inexplicable skin infection which dermatologists couldn’t diagnose or cure. It was so defacing I couldn’t leave home without being stared at, and I couldn’t touch my children in case it was contagious.

THERE ARE SO MANY DIVISIONS IN THE CHURCH AND ULTIMATELY, IT IS JESUS WHO CROSSES THAT DIVIDE

One morning, in desperation, I called my vicar, who immediately came round to pray for me. That really stopped me in my tracks. I’d never met someone who would drop everything to come to another’s aid. As he prayed, I started weeping and couldn’t stop. It felt as if a stone in me was dissolving.

A week later, alone in my kitchen, I was listening to the worship song ‘Blessed be your name’. I felt what I can only describe as the presence of God. I just knew he was there, in my kitchen, and he loved me. As I listened to the lyrics “My heart will choose to say, blessed be your name”, I realised I had a choice to make. And that choice was, ultimately: “You’re a good God whom I will trust even though I don’t understand,” or “I will reject you again, even though I know you love me.” And I chose in that moment to trust him.

THE GOODNESS OF GOD

My life began to change. It was as if my eyes were opened. I began to see all the ways in which God had blessed me. In my pride I had assumed that I’d achieved success on my own, but I now saw that everything I had was a gift from God. My entire life was a testament to his goodness, but I’d only seen the ways in which I perceived him not to be there for me. But he was there. The dermatologist saw me a month later and was amazed that my skin was completely healed. The scars were gone. More than that, there was a lightness to my spirit that I had not known before.

The most striking change in me was a new-found hunger for the Bible. About a week after my conversion, I opened the Bible and came across Isaiah 41:10: “So do not fear, for I am with you; do not be dismayed, for I am your God. I will strengthen you and help you; I will uphold you with my righteous right hand.” It was as if God was speaking directly into my mental illness. God was talking to me! I just fell on my knees and said: “Who are you? Please show me.” My adventure with the Bible started there.

In February 2021, I was in my kitchen listening to Premier Christian Radio and heard someone talking about a sermon-writing competition. The topic was: ‘Cross the Divide’. I thought: That’s an interesting topic. There are so many divisions in the Church and ultimately, it is Jesus who bridges those divisions through the cross. I had not written anything seriously for the past ten years, but I decided to enter. I would write about how, when my mum first came to Britain, at the age of 68, she had attended a local church and said to me afterwards: “They’re all white!” The hymns were foreign; everything was strange. I thought about the people Paul was writing to – the Gentile converts. It must have been as alienating for them to worship a Jewish God. I thought: That’s something to explore. So that’s what I wrote about.

Ironically my church doesn’t allow women preachers, so I’ve never preached. Nevertheless, I think we are all called to minister in some way – to each other, in small groups, in our families – so we need to know God’s word. I love looking at a text, wrestling with it and considering how it relates to my little corner of the world. Jeremiah 20:9 says that God’s word “is in my heart like a fire, a fire shut up in my bones. I am weary of holding it in; indeed, I cannot.” My mouth wants to speak about God. I want to say to people: this is what I have come to know about his beauty, his faithfulness, his glory, his love. 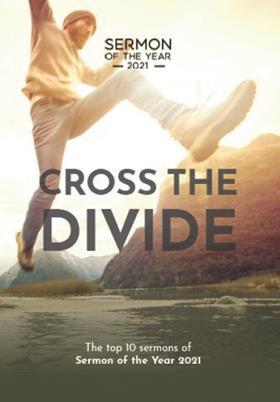 Charmaine’s sermon is published in the book, Sermon of the Year 2021 – Top Ten Sermons, which is available to purchase from preachweb.org