From attempted suicide to saving souls

Jay Lowder was seconds away from ending his life when an unexpected interruption, followed by a dramatic revelation of Jesus’ love for him, changed everything 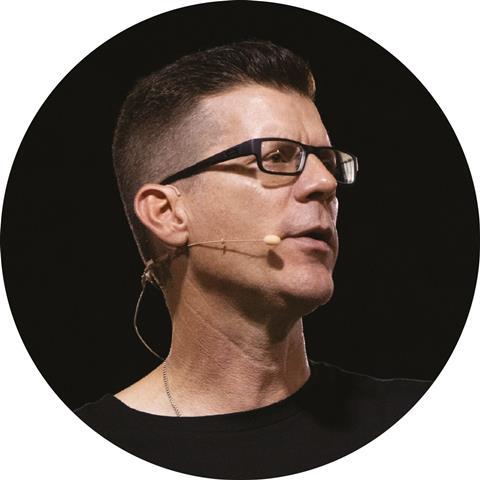 I grew up in the American South, where it’s customary for everybody to go to church. If you had asked me, I would have said: “Sure, I’m a Christian. Everybody’s a Christian.”

There are a lot of temptations in the high school years, and I gave into peer pressure. I was addicted to alcohol and, by the time I was 21, my life had completely unravelled. I came from a very well-to-do family, but my life was a complete mess.

I was no longer in school, I lost my car, my job and my girlfriend. I was trying to drown my sorrows, and I had depression.

That’s when suicidal thoughts began. I couldn’t stand to look at myself in the mirror because I hated who I’d become. I remember putting my fist through my mirror and screaming at the shards of glass: “I hate you, I hate you!”

Suicide seemed like the only solution. I had a pistol and I took the gun out, cocked the hammer and put it to my temple.

I thought to myself: When I pull the trigger, will I go to heaven or hell? I’d heard about heaven and hell my whole life and I thought: I don’t even know if God is real. But I’ll be OK, because I did go to church and I was baptised, I’ve done religious things.

I was sitting on the sofa with tears rolling down my cheeks, my finger on the trigger. My roommate was always out, but I suddenly heard his car pull up outside. I quickly turned on the TV and slid the gun under the sofa. When he came in, I asked: “What are you doing home?”

He said: “You’re not going to believe this – my dad’s never let me off work early, but he wanted me to take the rest of the day off with pay.” It was like somebody had speared me to the wall. I wondered: Is it possible that God is trying to keep me from killing myself?

My mother knew that my life had unravelled, but she did not know I was suicidal. I was staying with my parents and there was a commercial on television of a guy coming to town to do a crusade, similar to Billy Graham. The preacher briefly mentioned that he had attempted suicide. My mother said: “I wish you would come hear him.” I told her: “I don’t want to hear any of that God stuff.”

A few weeks later, I was supposed to go out drinking with a friend, but he didn’t show up. I had nothing to do and I thought: You know what? I’m gonna go to that meeting tonight. Maybe this preacher can tell me how to escape my suicidal thoughts.

I walked in late. I had gone to hear his story of suicide, but he never mentioned it. He just preached the gospel. The way he communicated the message, it was as though I was literally watching the crucifixion. I’d heard the gospel a million times, but I’d never heard it like this. I was enthralled.

That night I realised that, in spite of my failure, Jesus actually cared about me. In that moment, I can honestly say I’ve never wanted anything as much as I wanted to know him. I don’t remember exactly what I said, but I know my heart was: I want you in my life, whatever that means. Jesus, forgive me.

I knew something happened to me, but it seemed almost too good to be true. I thought: Can this really last? Five days later, I went out to party with a friend and, I’m ashamed to say, I don’t even remember driving home. I could have easily killed myself or someone else.

I’d been doing this for years and never felt guilty about it, but when I woke up in the middle of that night, facedown on my hardwood floor with this overwhelming sense that I had done wrong, it was a pivotal moment. I realised something had changed inside me.

I knew there were other people who were broken, depressed, suicidal, hopeless. So I started going to a Salvation Army mission, talking to alcoholics, drug addicts and prostitutes – not to condemn them but to share the hope that I had found. People started inviting me to share my story, and I now work as a traveling evangelist.

I was telling my son a few hours ago: “It doesn’t matter how much money you make or how big your house is, you want to do something with your life that’s going to outlive you.” For me, there’s nothing greater than giving people the opportunity to experience the hope that I found in Christ.

The first time I went to Northern Ireland, we were in a place called Lurgan. I was told: “Jay, this is Northern Ireland. People don’t make public displays of faith the way they do in the United States. So don’t be surprised – people may respond to your message, but they won’t do so publicly.”

I never believed that. And sure enough, we saw hundreds of people publicly make a stand for Christ.

I was speaking in Austin, Texas a few years ago and my old roommate came to hear me. After I finished speaking, he said: “I’ll never forget that day. I did not know that you were contemplating ending your life, but I’ve never felt the presence of evil the way I felt it when I walked into that room.” I love how God takes the things that the enemy brings to destroy you, and turns them into a weapon in your hand.

I believe Satan tried to get me because he knew there was potential. I sometimes wonder if he regrets taking me to the place that he did: he thought it would destroy me and now it’s the very thing that’s ruining his kingdom. That brings me great satisfaction.

Jay Lowder was speaking to Sam Hailes. To hear the full interview, listen to Premier Christian Radio at 8pm on Saturday 8 October or download ‘The Profile’ podcast