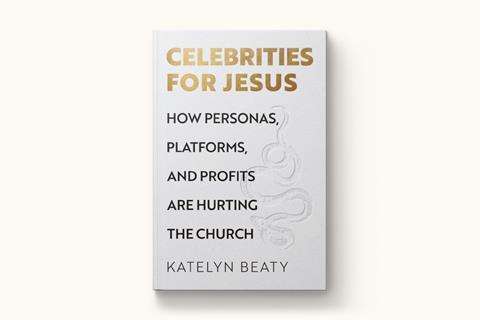 The number of well-known evangelical pastors exposed for committing ministry-ending sins has reached such a level that entire books are now being written on the subject.

When such ‘falls from grace’ occur, Christians sometimes reach for a silver bullet to fix the problem. One of the most common is to decry celebrity culture in the evangelical church: If only we hadn’t put that pastor on a pedestal none of this would have happened. While she engages with recent horror stories of pastors behaving badly, Katelyn Beaty avoids the trap of easy answers in this well researched and brave book.

Beaty defines celebrity as “power without proximity,” arguing that some of the most famous pastors in the world are actually lonely. They might have millions of online followers, but mass media can only provide us with an illusion of intimacy, she says. The answer is for Christian leaders to forge real, offline close relationships with people who will offer loving correction. Friends, not fans.

Beaty believes Christians are called to be icons – representing the image of God in the world. But we’re on dangerous ground when icons become idols.

Her closing thoughts on the call to be “little Christs” and recognising “our greatest moments of faithfulness may be achieved in complete obscurity” forms the best closing chapter of a Christian book you’re likely to read this year.

Read Katelyn’s feature for Premier Christianity: A toxic celebrity culture has infiltrated the Church. We must root it out