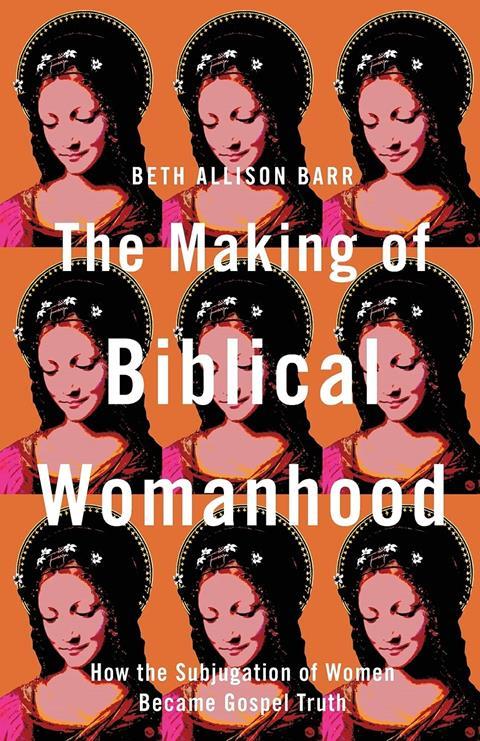 Since I started preaching and teaching at my church several years ago, I have read a fair number of books on the subject of women and their role in Christian ministry. Growing up in a free evangelical church, there was never any suggestion that a woman could not do any of the things that a man could do in church. We were fully egalitarian (not that I knew there was a name for it back then).

It wasn’t until I reached my 20s that I realised some people believed different things about the role of women, or that in some churches, women were not allowed to fulfil certain roles. I shook my head in disbelief (and mild amusement) that anyone would hold such a ludicrous idea but slowly, over time, I realised that I needed to explore these arguments more closely. They were held, not exclusively by crazies as I had previously thought, but by people I knew and respected, and by large denominations all over the world. They affected women I knew – and those I would never meet – who were gifted, talented and able. And they might affect my own daughter’s abilities to fully participate in Church life as they grew up. When I was invited to join the preaching team at our church, I knew that I needed to know why I thought it was OK for me to do so.

Some Christian books on women focus on dealing with the ‘problem’ texts in Paul’s letters, such as the supposed prohibition on women speaking in church. Some major on gender roles and how we have misunderstood these. Others take a look at Greco-Roman culture and wider attitudes to women both inside and outside the early church. None that I have read manage to combine these areas. But The Making of Biblical Womanhood smashes them together with searing tales of personal discovery and intelligent dollops of actual history. The result is a book that is in equal parts, memoir, history lesson, manifesto and biblical study.

Dr Beth Allison Barr is an associate professor of history at Baylor University and associate dean of their graduate school. Her strict Southern Baptist upbringing had taught her to question her desire to pursue a career of her own. ‘Traditional’ biblical womanhood meant being a full-time mother and homemaker and submitting to the authority of her husband. It wasn’t until Barr’s own research revealed the active role that medieval women often played in ecclesial life that she began to question the complementarian theology that had shaped her life. This came to a head when her husband, a youth pastor, asked the elders of their church if she (a professor) could teach a Sunday school class of teenage boys and girls. A few weeks later, he was fired.

At its heart, The Making of Biblical Womanhood argues that “cultural assumptions and practises regarding womanhood are read into the biblical text, rather than the biblical text being read within its own historical and cultural context.” Using examples from history - some well-known, such as Junia and Phoebe, and others from church history - she makes a compelling case that societal patriarchy has shaped how we understand the role of women within Christianity – with devastating effects.

One chapter is devoted to dealing with some of the tougher Pauline texts often used to justify complementarianism, such as Ephesians 5 and 1 Corinthians 14. While the texts it does tackle are robustly dealt with, others, such as the thorny issue of ‘headship’ as raised in 1 Corinthians 11, are given less attention.

What Barr brings to the table is an in-depth knowledge of the vital role that women have played throughout the history of the Church, challenging assumptions that women have never led, preached or taught, because the Bible says they shouldn’t. She explores how wider changes within the Church and society, such as the industrial revolution and the reformation, have affected women, highlighting the ways in which complementarianism has simply mirrored the existing patriarchal bias of the time, distorting key verses and writing women out of Bible translations to justify it. The Bible never said women should stay home and stay silent, argues Barr, and history shows they didn’t.

When the evangelical Bible teacher Beth Moore split with the Southern Baptist Convention (SBC) earlier this year, her very public departure underscored the continuing issues of gender, race and political division within the denomination. In her book, Barr also discloses her own #MeToo moment, and makes a powerful argument that the subjugation of women, justified in some circles using biblical texts, creates a dangerous culture within which abuse is allowed to flourish.

In her endorsement of the book, New Testament Professor Beverly Roberts Gaventa writes that she’s “never lived in the world of complementarianism”. My experience is the same, but I have seen enough women limited by a Church culture that sees them as less than (even when they say they don’t!) to know that it isn’t what I want for my own daughters, or for the other gifted, talented, powerful women of God that I am privileged to know.

In the opening lines of the book, Barr claims that she “never meant to be an activist.” I’m glad she became one. And I pray that this excellent book continues to widen the debate and debunk the myths that women are anything less than equal to men in God’s sight.