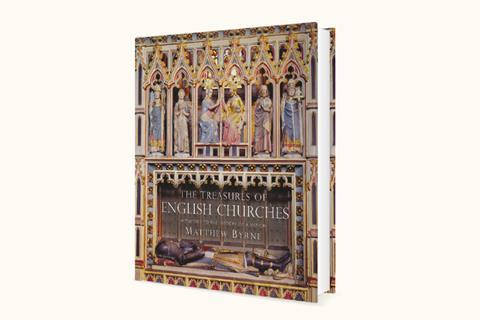 Matthew Byrne’s knowledge of English churches is unmatched. With his own beautiful photographic portraits throughout, he illustrates why the architecture and art of England’s churches is crucial in understanding the history of Christianity in the nation.

With simple, descriptive and concise prose, he examines a diverse set of treasures contained within some of the largest and most spectacular, as well as the most remote and seemingly removed churches in the country. He writes that “those who have explored English churches have explored England, its landscapes, art, architecture and the history of its people”.

Byrne explains how English churches have developed such an enduring appeal spiritually, socially and artistically. He details the revolutionary efforts of Abbot Suger (1081-1151), who knew of the importance of stained-glass windows in creating an atmosphere of transcendent radiance and holiness but also in communicating Bible stories to the masses, who were largely illiterate at the time.

Byrne manages to prompt the reader into re-evaluating every single aspect of English churches – everything from the placement of the rows speaking volumes about Victorian class dynamics to the presence of Celtic-style crosses making you consider early Anglo-Celtic relations.

As he states in his introduction, this title attempts a less specialised look at the treasures of English churches and instead opts to be a broader, more representative title for the general reader. With this in mind, he has delivered excellently.