The Gospel According To A Sitcom Writer - James Cary 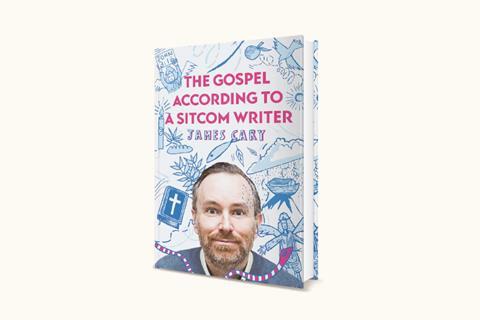 The opening sentence of this book encapsulates a perception that is all too common: “This book is funny. But it is also Christian. These tend not to go together.”

James Cary, an established sitcom writer, who has produced the likes of Miranda, Bluestone 42, Think the Unthinkable and Hut 33 for TV and radio, uses his new book to explore instances within the gospels that can be examined in a comic manner. Cary’s aim is to be funny, but in a way that takes scripture seriously. He hopes that readers will find his re-tellings illuminating, rather than irreverent.

He playfully reimagines the moments after the ascension, whereby the disciples are pondering how they will be described in John’s “upcoming book”. As for the newlyweds, whose wedding served as the backdrop for the water-to-wine miracle at Cana of Galilee, Cary transforms their thoughts into an agony aunt-like letter, expressing how Mary brought her “odd son” Jesus and his mates to their wedding.

Peppered throughout are Cary’s thoughts on The Life of Brian, Only Fools and Horses and Rev., as well as interesting titbits about the author’s life so far, including his memories of first watching Channel 4, which got him into American-style sitcoms and sharplydelivered jokes. He also recounts laughing out loud during a reading of John 8 at the CofE’s General Synod a few years ago.

Later in the book he offers his expertise and thoughts on Christian representation in the media more broadly today, offering an enlightening end to an otherwise jolly and playful treatise on Christianity and comedy.