Open for liberation: Why this activist’s reading of the Bible falls short 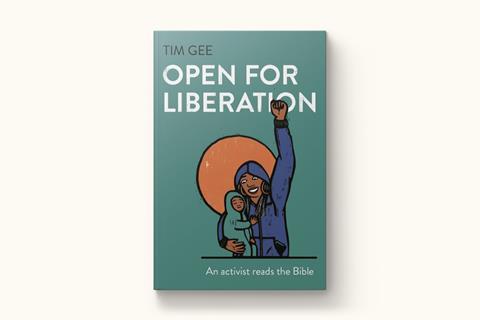 Tim Gee believes the Bible is chiefly a narrative of liberation for the oppressed. He asserts that Jesus was a revolutionary leader of a non-violent, anti-colonial movement which advocated for the dispossessed and affirmed racial equality and sexual diversity.

Gee is a Quaker activist who has worked with Friends of the Earth and Christian Aid. His book is well written, accessible and concise. Its strength is its bold case for the Bible as relevant in the struggles for justice in the world today. Gee describes the Bible as ‘a toolbox for peace and liberation’ that just needs to opened and engaged with: “If enough people studied and acted on Jesus’ words, then the foundations of unjust power would start looking very sandy indeed.”

The author’s ambition to connect the Bible to social and political activism is admirable. And he rightly highlights Jesus’ radical affirmation of women, those with disabilities, the working class and those from racial minorities. This is a book which could potentially connect with those who dismiss the Bible as patriarchal, superstitious nonsense.

But sadly, the book has significant weaknesses. Rather than a radical Jesus who challenges Western assumptions, it ends up presenting a painfully politically-correct Jesus. Satan’s temptations are recast as internal reflection, the Sermon on the Mount a ‘progressive public meeting’, Palm Sunday a demo (where ‘Hosanna’ actually means ‘liberate us’) and Jesus’ arrest is as a ‘prisoner of conscience’ due to his Human Rights activism.

I applaud efforts to liberate the Bible from overly conservative interpretations but Gee’s liberal reductionism goes too far in the other direction. More significantly, there is a naïve, binary view of the world which simplistically splits people into oppressors and oppressed.

Unlike the best activist theology (such as Martin Luther King’s) the book does not reflect the Bible’s concern for structural and personal evil, or a holistic gospel of cross and kingdom. It therefore presents a message which is relevant but which has little power.

Jon KuhrtJon Kuhrt captains a cricket team in the Surrey league and works as an adviser to the government on how faith groups respond to homelessness.