It’s difficult to know who ‘Easter in Art’ is for

Anyone who has any interest in visual culture, has to be interested in the Christian story. So say the contributors to this new documentary. Simon Carver went to see it 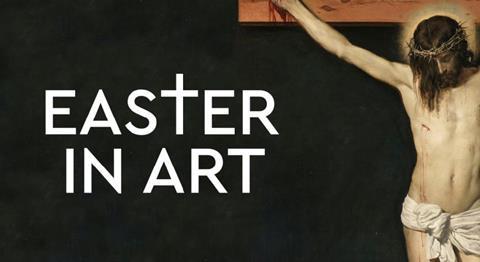 A new documentary Easter in Art covers a week in the life of Jesus from Palm Sunday to Easter. It does so using four voices who each read excerpts from the four Gospel accounts. The story is illustrated by paintings and sculptures that cover these events - many of them by the big names of classical art such as Caravaggio. The ‘Ken Burns’ technique is used whereby the camera pans and zooms over the paintings, bringing a sense of movement to what is essentially a still medium. Interspersed between the narrated art, a number of art experts describe some of the details that a layperson might miss. They also suggest why Christian art is important, and not just for people of faith.

The implication seems to be that people who are interested in art may not think that religious art is especially important. At the beginning of the film, a piece of text appears on the screen to inform us: “Easter is the most important festival in Christianity. It celebrates the resurrection of Jesus shortly after his crucifixion. The story is based largely on four texts written during the decades that followed. The four writers are known as Matthew, Mark, Luke and John.” We might suppose that if this level of ignorance is presumed of the documentary’s audience, the film must be intended for those who are strangers to the Christian faith.

While the art experts contribute helpful detail on the paintings and the motivation of the artists, those who are already interested in art likely won’t learn much. This begs the question, if the documentary contains very basic and obvious information on both Easter and Art, then who exactly is it for?

Another problem is how the Christ presented to us throughout the film tends to be of the fair-skinned variety. One of the paintings that is featured is Peter Paul Rubens’ The Elevation of the Cross. Rubens was known for his skill in representing the human form, and this is seen in the way that he has painted the stretched body of Christ being lifted up for execution. This body is that of a white European and not of a Middle Eastern Jew. While painters of Christian scenes have tended to use the context of their time and culture in the clothes and background scenes of their paintings, the choices made by the filmmaker has excluded artists from cultures other than white European, and so have excluded Christs who look anything other than like themselves.

More positively, the need for the Christian Church to be inclusive, all-embracing and at the forefront of peacemaking struck home in a scene in the first few minutes of this documentary. There we see an unnarrated view of a service in an Orthodox Church. This reviewer was unable to identify the location of the church from the language being spoken and sung. But in the credits, the location of the church is given – St Petersburg, Russia. There was a definite sense of poignancy in watching this service take place in a country at war with a neighbouring country where an almost identical service would have been taking place.

Easter In Art is showing in selected cinemas from Tues 5 April. For more information see exhibitiononscreen.com

Simon CarverWhen Rev Simon Carver isn't in the cinema - chomping popcorn and reviewing to his heart's content - he can be found at Dagnall Street Baptist Church where he is senior minister.