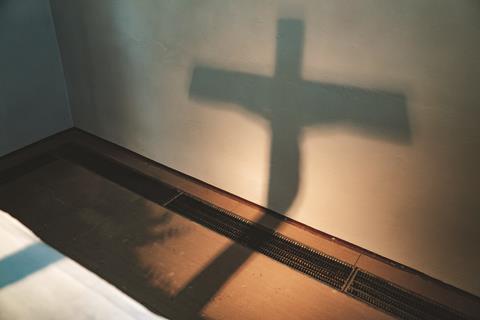 I have spent much of my career trying to improve the Church’s PR. As part of this, I wanted to write an article on why I still go to church and why you should, too. It was going to be one of those numbered lists: for the music, for community, to hear something thought-provoking, to take advantage of the free childcare available at Sunday school.

I’ve got a strong sense of calling; a commitment to communicating Christianity in a way that draws people towards it. But as I compiled my lists of reasons, I found them woefully uncompelling. Because I’ve realised that in my attempts to make the Church look attractive, there is a Jesus-shaped elephant in the room.

The problem – and I’m as guilty of this as anyone – is we often present the Church as humanism-plus. The Church is made up of people who devote hours to community service and are kind to each other, we say. In doing this, we end up describing an institution no different from the Sunday Assembly, the organisation set up in 2013 to ‘do church’ – inspirational talks, joyous singing, occasional slices of quiche – without God.

I spend a lot of time with people who don’t attend a place of worship on a Sunday. For an increasing number of people in the UK, neither religion nor Christianity seem relevant to their lives. Some have experienced harm and abuse inside our churches. For these people, communal singing, free childcare and quiche are not going to be enough to inspire them to become regular churchgoers.

For many of us who speak about Christianity in the media or in public life, there can be a self-consciousness about it all. We may be fearful of turning people off because of the wacky beliefs at the heart of our faith. But this year I’m committing to be more upfront about the crazy salvation story at the heart of my convictions. Why do I still go to church? Because Jesus.

And not just the palatable Jesus. Not just the open-armed social justice warrior who was a friend of the outcast and the marginalised (although I believe he was all of those things); but the one who was and is God, whose death tore the veil in two and whose resurrection made possible our eternal hope. Sometimes this profound and transcendent truth can get lost in the familiar warmth of Sunday morning services.

Despite my years of deconstructing, I remain, at heart, an old school evangelical who thinks that Jesus is good news for all. If we’re to draw others towards that truth then, yes, we have to find relevant ways to communicate our faith.

But perhaps this year we might be bolder in expressing the utterly, profoundly earth-alteringness of it all. As CS Lewis wrote: “If you want a religion to make you feel really comfortable, I certainly don’t recommend Christianity.” Quiche, coffee and free childcare may make for comfortable Sunday mornings, but they are not the real reason why we gather.

In a world that is increasingly not paying attention to the Christian message, maybe we should be bolder in speaking about God’s power and the love that changes everything. What do we have to lose?