Sexually assaulted on a mission trip: how my dream almost ended before it began

Becky Murray’s sexual assault led her to question God’s calling on her life, until she met a nine-year-old girl who made her reconsider 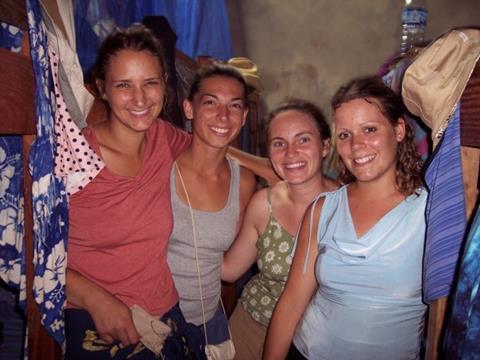 It’s a moment I rarely talk about and one I’ve tried to forget – but it’s finally time to talk about the time I was sexually assaulted on one of my first ever mission trips.

Dreaming of rescuing children and reaching the most vulnerable, I headed to Mozambique for an internship, learning from a charity I respected. It was a life-changing and amazing time. But sadly, the trip holds bad memories as well as good ones.

On a rare day off, I wandered down to the beach to top up my tan. In Mozambique, culture dictates that you should not uncover your knees; to do so would be to announce to others that you were a prostitute. Looking back, I should have known better, but I wanted that tan so I had rolled up my skirt and walked down to the beach. There were starfish there like I’d never seen before. In fact, I have never seen anything like them since. Vibrant colours. Beautiful shades of red, green and blue. I was so captivated by them that I did not notice a man had come up behind me.

As I was bending down to look at the starfish, he lifted my skirt and pushed his body against me. I screamed, turned around and backed away. By now he had exposed himself. I didn’t know what to do, but caught sight of the local beach cafe in the corner of my eye. I figured if I could make it there, I would be safe. I also needed to be brave and not to show fear. I shouted ‘no’ in both Portuguese and the local tribal language, but still he came towards me, exposed.

I walked as fast as I could without running. He followed. Thankfully, the cafe was not that far away and I ran in, pretty distressed by now. Two of the girls from the mission camp were there eating breakfast. Seeing the state I was in, they rushed over to me. Once the man saw that others were with me, he backed away and ran off down the beach.

My upbringing was sheltered. I have a loving family. I had hardly been out of the UK. So, to be assaulted in this way was such a shock. But it didn’t end there. Looking back, I should have reported the man to the police, but I didn’t. Two days later, we were in our morning lectures in the big tent. These lectures are carried out in English and are just for the students. Part way through the lecture a man came in, clearly drunk, and sat down on a seat right in front of me. It was him. I felt a rise of anger and had to hold myself back from hitting him. I wanted to scream.

Your commitment needs to be stronger than your emotions

One of the girls who had been with me at the café two days earlier saw what was happening and recognised the man. While the lecture progressed, she came over and prayed with me. All of the anger and fear left me immediately. So much so, I was able to go over to the man after the lecture and say to him: ‘Jesus loves you.’ He looked at me, surprised and taken aback. He stumbled out of the tent and I never saw him again, but I know that in a moment when he should have expected anger and retaliation, he was shown God’s love. I pray he found it.

Although I forgave the man, I didn’t forget it. In fact, I wondered whether or not I was brave enough to do this kind of work. What if it happened again? What if I was attacked in a more severe way? Could I cope?

But I have learned that your commitment needs to be stronger than your emotions. Two years after the incident, I had another defining experience in Africa, when nine-year-old Felicity assumed I wanted sex from her in return for a pair of shoes. In that moment, I decided to start One By One, and a few years later we’re now reaching more than 10,000 children per week, have built two children’s homes and more recently rescued 50 children from slavery in Pakistan.

So whatever you’re dreaming of, don’t quit. Following your dream is often difficult but keep going – no matter what stands in your way!

Becky will share this story and others at the online launch of her book Embrace the Journey on June 10 at 8pm where she will be interviewed by the BBC’s Pam Rhodes.