‘Archie’s faith inspired mine, I won’t give up fighting for his life’

12-year-old Archie Battersbee suffered “catastrophic brain injuries” after a “freak accident” at home left him a coma. Weeks later, the Royal London Hospital told his mum, Hollie Dance, that they were switching off his life support, a decision that she has since challenged in the courts. This week, the High Court ruled in the hospital’s favour. As Dance prepares to appeal she explains why she believes her son would want her to fight, and how their journey of faith has kept them going 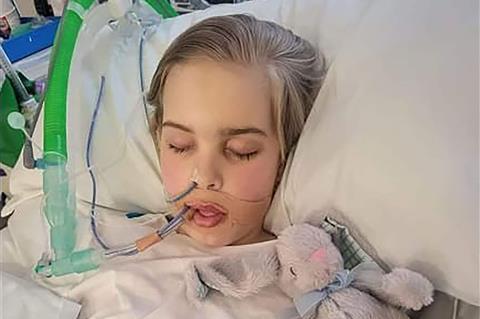 I’ve been thinking: what positive could come out of this awful situation?

Archie is a keen gymnast and MMA fighter; he’s got a fighting spirit. He’s an extremely healthy, fit child. Maybe he was chosen to go through this because he’s strong. He has held out while we’ve gone through this whole court process. And I’ve been able to witness what goes on with children within this hospital. It seems to be a reoccurring thing, and I find it really sad that children are losing their lives. Maybe Archie is the one who could change that.

I’m not shocked whatsoever by the court’s judgement; I saw it coming. I think it was quite obvious that the court was going to side the hospital. I don’t think we’ve had a very fair hearing or a chance of winning; we haven’t had a good experience with the court from day one. Everything has gone in the hospital’s favour. Everything we’ve said that we don’t want, the court has overturned. So I’m not shocked, just quite disgusted, really, at how my son’s death sentence was delivered - handed down via an email. It was highly insensitive.

I keep fighting because I know he’s in there. I just feel very strongly, as a mother, that my gut is telling me not to give up. And I’ve given up on things before - I’m not one of those people that just holds on to hope for the sake of it - but I really do go with my gut, because it’s never let me down. He’s still there, he just needs time to heal. That’s it. That’s all I’m asking for: give him time. Eight weeks isn’t long enough.

A journey of faith

Since the age of about five, Archie has wanted to get christened, asking about God and what happens when you die. I actually wanted to get him christened when he was born, I just never got round to it. I struggled financially as a parent, and it’s just not something we did. Now, I wish I had done it earlier. Recently, every time we’d go past this particular church, Archie would say: “Can we go and get christened in there one day, mum?” And I’d say: “Yeah, we definitely will.”

A month or so before this accident happened, God quotations kept coming up. They just fitted the situation and how I was feeling, like they came up at the right time. I felt like someone was looking down on me, and it was really comforting. I was screenshotting and keeping those Jesus quotations. One said: “If it’s not your battle, God will take this battle from you until it’s ready to be handed back.” When the accident happened, the chaplain came in and said: “Would you like me to pray? I said: "Yes, I would, definitely.” I just feel that Archie would love that. We’ve done that every single day since we’ve been here - for just over eight weeks. I asked him whether Archie could be baptised here, and he said: “Yes, we can do that.” I brought the subject up with Tom and Lauren (Archie’s siblings) because Archie wanted to do it with me, so I said: “Shall we all do it?” And straightaway, they said: “Yes! Definitely.” So we all got baptised on Easter Sunday.

I think I’ve really held onto faith since I’ve been in here. In an interview earlier, the reporter asked about what would be in Archie’s 'best interests'. I brought up the story of King Solomon and the two women who were fighting over this baby, claiming it was theirs. I think that story represents me and the guardian in this court case, the guardian being [what other's keep referring to as] Archie's 'best interests'. In the Bible story, these two women were arguing over whose baby it was, and King Solomon says: “Well, I’m going to cut the baby in half, and you can both have half each.” The real mother instantly shouted: “No! She can have the baby!” That represents me. I don’t want any harm to come to Archie. The 'guardian' has made it quite clear that, in his best interests, his life should be ended. And so, on those grounds, I think it’s quite obvious who is actually representing Archie’s best interests – and that’s me, his mother.

Please pray that Archie heals. He’s been with God all this time. We’ve been in God’s waiting room, if you like, for some weeks now. It’s time for Archie to come back to us.

Hollie Dance was speaking to Sophie Drew. You can read the full story on Premier Christian News

If you’d like to donate to Archie Battersbee’s family, their ongoing legal and medical costs, you can do so here

Hollie DanceHollie Dance is the mother of Archie Battersbee, the 12-year old currently in an induced coma.