You can be fired for not using a trans person's preferred pronoun. But this case could change that

If your employer requires you to call a trans person "he" or "she", then you must do so. But that ruling is about to be appealed by The Christian Legal Centre. Paul Lusk explains what's at stake 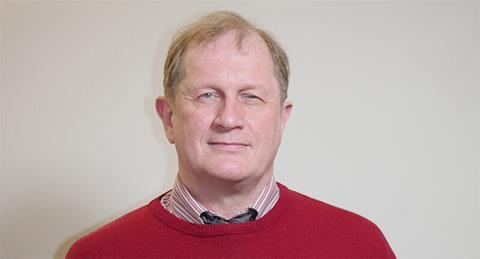 Dr David Mackereth's case will be heard next month

Suppose you work for a firm or for a government body where, as part of your work, you refer to clients as either “he” or “she.” And suppose that a client says their sex now is not as recorded at birth. What if your employer tells you to use the pronoun the client prefers, even if you doubt this is a true statement of their condition? Do you have the right to say that a “she” is actually a “he” (or vice-versa), or must you comply with the employer’s request?

The law, as it stands, says you must use the client’s preferred pronoun, if that is what your employer wants, and you can be dismissed if you do not.

That will soon be challenged in an appeal announced by the Christian Legal Centre (CLC).

According to its press release, the CLC will look to a recent judgment, in the case of Maya Forstater, to ask the court to reverse a ruling from an Employment Tribunal in the case of Dr David Mackereth. The cases are rather different and Maya Forstater’s vindication does not necessarily mean that Dr Mackereth will get the same result. But if the appeal were to succeed, the change in law would be welcome to Christians who have concerns about transgender ideology, as well as to non-Christians who take the position known as “gender-critical feminism.”

David Mackereth is registered as a temp NHS hospital doctor. In 2018 he started training to assess benefit claimants for their fitness to work. One day, on this training, he learned that, in accordance with the policy of the UK Government’s Department of Work and Pensions (DWP), he would be expected to use the preferred sex designation of clients who considered themselves trans.

He objected on the grounds that - as a Christian holding to the truth of Genesis 1:27 (which says God created us male and female) - he could not do this. A meeting with managers led him to think that, taking this position, he would not be able to continue with the work. He left. He later said he had been dismissed, though the agency running the course denied this: they said he had resigned. He also later said that he had been asked if he would call a “six-foot bearded man” a “woman” if instructed to do so. The manager denied having asked this question, and the judges who considered Dr Mackereth’s claim for compensation found there was no record in notes and reports of this question: it seems to have surfaced nearly a year later.

Dr Mackereth, supported by CLC, sued for compensation on the grounds that the DWP - along with its training agency, the Advanced Personnel Management Group - had discriminated against him because of his religion or belief: a breach of the Equality Act. Part of this rested on Genesis 1:27 and thus a claim of discrimination against Christianity. But this runs into the problem that many Christians would not go as far as the Doctor in asserting that sex can never change in any individual case, or that it is always wrong to call a trans person by their chosen pronoun.

The evidence produced for the court - from such bodies as the Christian Medical Fellowship and the Evangelical Alliance - supported the idea that (in a sin-tarnished world) Christians may wish to use the preferred pronoun out of courtesy and friendship. Intersex birth and (more commonly, though still rarely) gender dysphoria (a sense of being “in the wrong body”) are conditions that do actually exist. So Dr Mackereth needed more than Genesis 1:27 to prove that the requirement to use the preferred pronoun would breach his protection as a Christian under the Equality Act. He presented, in addition to Genesis, his denial of what he called “transgenderism”. By this he meant a “belief (i) that it is possible for a person to change their sex/gender, (ii) that impersonating the opposite sex may be beneficial for an individual’s welfare, and/or (iii) that the society should accommodate and/or encourage anyone’s impersonation of the opposite sex.” His case turned on a claim that the DWP was requiring him to agree to this “transgenderist” belief system, even though he did not agree with it. The court found that rejecting “transgenderism” was not sufficient to grant Dr Mackereth protection under the Equality Act. It would conflict with the rights and dignity of trans people, so would fail to meet one of the criteria that the courts have set to qualify a “belief” for protection under the Equality Act. The court confirmed that refusing to use a trans person’s preferred pronoun is unlawful discrimination on the grounds of gender reassignment, which is a protected characteristic under the Act.

The employment tribunal issued its refusal of Dr Mackereth’s claim in October 2019. What has changed to give CLC new grounds, it hopes, for an appeal? In a word: “Forstater.” 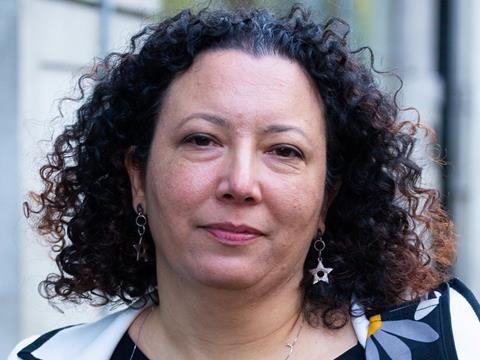 Maya Forstater fought a long and ultimately successful battle to show that belief in “gender critical feminism” is protected under the Equality Act. She is not a Christian: she appeals to scientific materialism to prove that the sex of an individual, born as male or female, can never change. A man, says Maya, can never become a woman, and a trans woman is still a man. Maya may use the preferred pronoun out of politeness, but reserves the right not to, when this is important to protect female-only spaces, including in sports, and to protect children from potential predators. Her position is similar to that of the Harry Potter author J K Rowling or the Labour MP Rosie Duffield, and like them she is accused of “transphobia.”

Maya used to have a consultancy position as a tax expert with an international charity, but when her contract was not renewed, she thought this was because her views were unpopular with colleagues. She went to employment tribunal to claim compensation for discrimination under section 10 of the Equality Act, which covers religion or belief. This claim is yet to be settled.

The issue before the courts so far has been whether Maya’s “gender-critical” belief actually qualifies for protection. In 2019 an employment tribunal decided it did not. In June 2021 an appeal court decided it did. Only a belief posing serious threats to other people, for example Nazism, would fail the test of a belief “worthy of respect in a democratic society”.

However the appeal judgment was very clear that: "This judgment does not mean that those with gender-critical beliefs can “misgender” trans persons with impunity. The Claimant, like everyone else, will continue to be subject to the prohibitions on discrimination and harassment that apply to everyone else. Whether or not conduct in a given situation does amount to harassment or discrimination … will be for a tribunal to determine in a given case.”

So even though Dr Mackereth’s gender-critical beliefs do now qualify for protection - a variation on the original judgement in both his case and Forstater’s – this does not mean that he will necessarily win his case on appeal.

Firms and departments that provide services for the public must still respect the requirement to name people according to their preferred gender designation. They must therefore expect staff to comply. We do not yet know how CLC plans to address this problem. We shall see, when the appeal is heard at the end of March, what line is taken, and whether the result makes any material change in the law.

Paul LuskPaul Lusk lives in Kent and attends Emmanuel, an independent church in nearby Canterbury. Along with wife Kay he serves international students with Friends International and is a Lifeskills coach with Christians Against Poverty. His book The Jesus Candidate was published in 2017. Find out more at his website paullusk.com