Why the 'science vs religion' debate is changing for good

Today's young people are far less likely to believe science and religion are at odds with one another. Instead, they say belief in God and evolution is compatible, and unlike the 'New Atheists' of yesteryear, agree that religion has a place in our modern world. 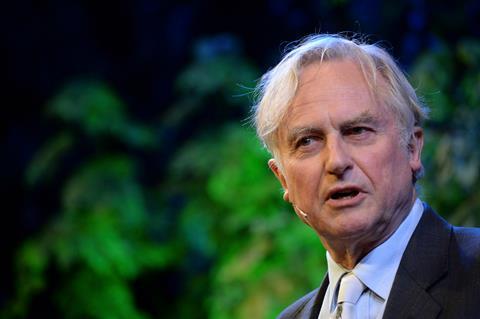 The evolutionary biologist Richard Dawkins became a leading proponent of anti-religious sentiment following the publication of his popular book The God Delusion in 2006. But attitudes toward faith and science have changed substantially in the years since then, argues a new report

On a scale of 1 to 10, where 1 is Richard Dawkins on a particularly grumpy day and 10 is, say, the late great physicist Rev John Polkinghorne or maybe the Christian geneticist and former head of the Human Genome Project, Francis Collins, how compatible do you think science and religion are?

My guess – call it a hunch – is that you are up the Polkinghorne-Collins end.

If so, I hate to tell you that you are in a minority. A new survey, published today for the launch of a new report entitled 'Science and religion’: moving away from the shallow end’, reveals that the British public are more likely, by a proportion of 2:1, to think that science and religion are incompatible (57%) than compatible (30%). Indeed, there is an even more pronounced difference (3:1) between those who think they are strongly incompatible (22%) than those who think they are strongly compatible (7%). Whatever else the New Atheists did, they seemed have left their mark here.

Things are not quite as simple or as bleak at that, however. When Theos, the Christian think tank who commissioned the research, was launched in 2006, a ComRes poll found that 42% of people agreed that “faith is one of the world’s great evils, comparable to the smallpox virus but harder to eradicate.” (!) But today, that figure is only 20%.

The conflict itself, however, may be more smoke than fire. People think there is less of a tension between science and religions, like Christianity or Islam, than between science and ‘religion’. And they are much less likely to think that specific sciences – such astronomy, cosmology, neuroscience, medical science, psychology, geology, or climate science – are a barrier to religion, than ‘science’ in general. In other words, this appears to be more a war of different words than a war of different worlds.

Perhaps most tellingly, the sense of hostility seems to weaken with knowledge and education. The higher your level of education or knowledge is, the less likely you are to think that, for example, “you can’t be a good scientist and be religious.” Indeed, we spoke in depth to leading scientists and philosophers, from Brian Cox to Adam Rutherford – people who were recruited on the basis of their expertise and their non-belief – a surprising number (two thirds) saw science and religion as compatible, far more than the general public.

What does all this mean? Well, in the words of one interviewee, the evidence seems to show that “there is much less of a conflict for anyone who has had to think a bit about it, whether they be a practicing scientist or a practicing member of a faith community. The idea of a problem comes more from those who aren’t either and who have just picked up the cultural zeitgeist.”

The higher your level of education, the less likely you are to think "you can’t be a good scientist and be religious”

This isn’t an iron rule. There are still plenty of people who are highly literate and educated when it comes to science and religion who see the two as completely incompatible, just as there are some who are completely ill-informed who think they are perfectly in harmony. We are dealing with broad cultural trends here.

But is also seems to show that that the style of disagreement has also changed. Every now and then, such as when Intelligent Design finds its way to court in America, the temperature of this conversations rises, and lines are drawn. To adapt the old journalistic adage, if you first simplify, then exaggerate, and finally militarise you have your conflict ready and waiting.

But, for the time being at least, that’s not the mood we’re living in, and seemingly not the one that younger people want. And maybe not just younger people. Among our interviewees were many prominent ‘scientific’ atheists. One of them, after a rich and rewarding interview, paused just as I was about to press ‘Stop Recording’ and said, “I want it on record, don’t just list me as an atheist in the Richard Dawkins type. Because I am not an atheist like him at all.”

‘Science and Religion’: Moving away from the shallow end is available at theosthinktank.co.uk