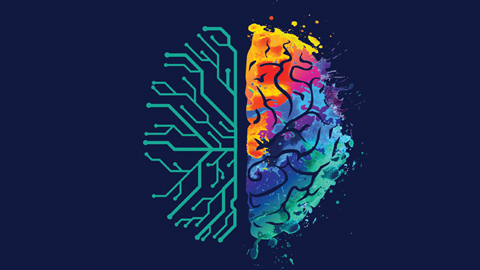 The divine mind: Does this new theory of the brain point to a creator?

Books on neuroscience don’t usually become bestsellers, but Iain McGilchrist’s new theory of the brain is capturing the attention of both Christians and sceptics. Nick Spencer explains why we’re all fascinated by questions of brain science, faith and God

The answer, I suspect, is very little – except that they are all fans of a book, published back in 2009, that has quietly become one of the most widely praised, highly respected and most influential of the 21st Century.

The book is 600 pages long and each page dense with print. Its subject is the divided nature of the human brain and the way in which that has shaped the history of the Western world. It has so far sold more than 100,000 copies.

Moreover, the author has recently published a follow-up which – astonishingly – is more than twice as long as the original and, if anything, even denser.

Neuroscience, philosophy, intellectual history: this is not the usual fare for bestsellers. You might expect such books to be championed by academics and intellectuals, but not by comedians, fantasy writers and popular psychologists. Something is going on here. The books have touched a nerve. 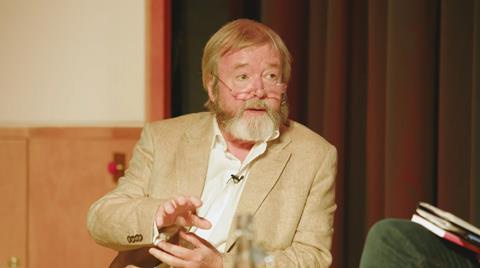 Living in a left-brain world

The two books by Iain McGilchrist are, respectively, The Master and His Emissary (Yale University Press) and The Matter with Things (Perspectiva).

He explained how he began studying philosophy, theology and literature at Oxford, before performing what might seem to be an academic handbrake turn, changing to medicine and specialising in the overlap between psychiatry and neurology.

He brings his remarkable breadth of interest and knowledge to his published work, which ranges confidently over huge territories.

Daunting as the books first seem, McGilchrist’s ideas have a disarmingly simple basis. The human brain – but importantly not only the human brain – is divided into two hemispheres.

This originates, McGilchrist argues, from the need for virtually all creatures to do two things: get stuff (eg food or material for shelter) and avoid being got by stuff (eg eaten by other creatures).

The result is two hemispheres – evidence for which goes back at least 500 million years – which don’t do different things but, rather, do similar things in different ways.

The scientific evidence – and McGilchrist marshals an army of it in his books – supports this view, but this is not simply a narrowly scientific idea. McGilchrist believes, as he remarked in his discussion with Dirckx, that “attention is a deeply moral act because it changes the world”. The kind of attention the different hemispheres pay to the world changes the kind of world they – and we – inhabit.

Now, we have to be careful here. McGilchrist is not arguing – like some caricature postmodern philosopher – that we create the world we look at. The world is real and would be there if we were not.

Rather, the kind of world we see and sense and live in is dependent on us – or more specifically on the kind of attention we pay to it. Put simply, if we only ever pay ‘left hemisphere’ attention to the world, we will see it and treat it like an endlessly manipulable collection of isolated facts that may (or may not) fit together.

If, by contrast, we approach it through ‘right hemisphere’ attention, we will see and treat it as a whole, as a series of relationships that are inextricably linked together. Put another way, look at the world as a bunch of jangling atoms and that’s what you’ll see. Look for a connected, holistic, moral and spiritual world, and that’s what you’ll find.

McGilchrist’s fear is that we are busy making the world in the image of the left hemisphere. “I’m afraid that…we are moving into this world in which things are atomistic, static, certain, known, black and white in their nature, disembodied, abstract, categorical and really only representations of the reality,” he said in his conversation with Dirckx.

It’s a fear that is clearly shared by many, who sense and suffer a loss of identity, purpose, transcendence and love. McGilchrist is simply able to provide a deep and persuasive explanation for why we are going so wrong.

Are you a left or a right brain person?

Your brain weighs around 1.3kg and consists of six different ‘lobes’. The brain contains approximately 100 billion neurons and 100 trillion connections. Although the brain represents only two per cent of the mass of the human body, it uses about 20 per cent of the body’s total energy.

Significantly, the brain is split into two halves. Although the concept of being either ‘left-brained ‘ (think of logical, scientific types) or ‘right-brained’ (think of artsy, imaginative types) is a popular notion, psychology and brain research shows that most people use both halves of the brain for most tasks.

However, the different roles of the left and right hemispheres are still noticeable and can be broadly categorised in these ways:

McGilchrist’s work has an even deeper interest, however; one that goes beyond the issue of where we are heading as a society. Both books, but especially The Matter with Things, are about the meaning of life itself.

Despite originally studying theology, McGilchrist had no particular religious upbringing (or, indeed, baggage!). His work has, however, drawn him into the religious field. The final chapter of The Matter with Things is entitled: “The Sense of the Sacred”.

He was advised against writing it. “Many of my colleagues begged me not to include it…they said…‘the philosophy’s great, but people will just dismiss you’.” He ignored them because, in his words, “that was really in some ways the most important thing I had to say about anything”.

Condensing a topic this broad, deep and complex is bound to misrepresent it (which is the kind of thing the left hemisphere does!) but, here goes: the left hemisphere’s approach to the world is almost predetermined to dismiss any idea of the sacred.

The sacred can’t be tested. It can’t be known, named or controlled. Therefore, the sacred doesn’t exist. It’s an approach to reality with which we are familiar from certain scientistic – rather than scientific – public figures; people who think that if you can’t measure and test it, it doesn’t exist. And it’s one that McGilchrist thinks is profoundly wrong.

An approach to reality that draws on the right hemisphere, however, is not only better at capturing reality in its fullness, but also more receptive to the divine in a number of ways.

Firstly, it underlines a fact that is utterly central to Christianity but which Christians sometimes forget, namely that God, for all his love of and commitment to creation, is utterly ‘other’ and beyond our full understanding or knowledge.

“As the heavens are higher than the earth, so are my ways higher than your ways and my thoughts than your thoughts”, God tells his people in Isaiah 55:9. “I am who I am” YHWH tells Moses (Exodus 3:14). Or as McGilchrist is fond of quoting from St Augustine: “If you understand God, it’s not God.”

This is an approach that infuriates the more literal-minded, and because their voices have, at times, been so loud in our cultural conversation, many a believer has been tempted to follow their example, arguing that God can be known (or even proven) in the same way as we might know a fact about nature or prove a mathematical equation. The view through the right hemisphere disabuses us of this notion.

Secondly, this approach emphasises the central importance of faith. Not in the cliched sense of believing six impossible things before breakfast, but in the biblical sense of reorientating your mind and life towards a reality in which you place your trust.

Faith is “not a matter of a logical argument,” as McGilchrist remarked in conversation. “It’s a matter of disposing your consciousness in such a way towards the world that it will allow you to experience certain things.” Faith is something you do with your heart (and your hands) rather than only with your mind.

Thirdly, it draws out another key theological idea, namely that humans have a crucial role in creation. Different theological traditions have taken different approaches to this, some slightly nervous about its potential to dethrone God as creator.

And yet, the biblical narrative seems clear that humans are co-creators with God, vice-regents, gardeners, labourers, mandated to bring out the flavour of God in his creation.

In McGilchrist’s words: “My view is that God is manifesting in all kinds of ways and bringing into being what is implicit or only potential…and that we and the Cosmos and that divine being are in co-creation together. What we are doing is unfolding aspects of the divine.”

A prophet for our age

Some of this language will alarm, or at least be unfamiliar, to Christians, but this is as it should be. McGilchrist has great sympathy with Christian ideas, but he is not a theologian.

He is not defending, still less proving, Christianity. Moreover, as he said in his discussion, he has a real problem with some Christian ideas, such as the religion’s exclusivity, and he can’t quite go all the way with orthodoxy on prayer and miracles.

But that is a strength, rather than a weakness, of his work. McGilchrist is rightly celebrated for his rigorous science, ground-breaking ideas, polymathic interests, clear prose and far-reaching vision. He is not celebrated for making a Christian (or indeed any) theistic vision of reality more credible.

And yet, in this most secular of ages, that is precisely what he has done, resonating with an audience few others have reached, and connecting with sceptics who would otherwise not give the time of day to ideas about the sacred. His books are worth reading. His ideas are worth discussing. And this space is worth watching.

Watch Iain McGilchrist and Sharon Dirckx discuss ‘Is there a Master behind our mind?’ at thebigconversation.show