Why Putin’s war is an attack on Christian values

Equality and human rights were not invented out of thin air. They are fundamentally Christian ideas, and Putin is no defender of them, argues Peter Lynas 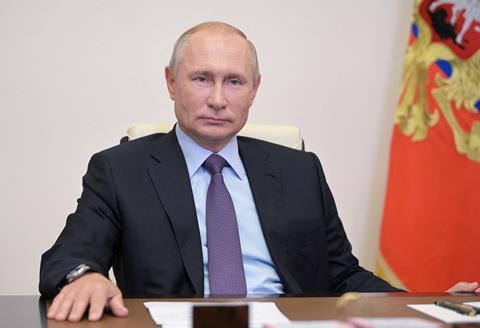 There are other wars being waged in the world, but we seem to have gone much further in terms of sanctions and coverage of what is happening in Ukraine. Why?

Is it a matter of geography - Ukraine is in Europe and feels close to us? Is there a subtle racial element to this - it’s a story about people like us? Is it a haunting feeling of history repeating itself and the spectre of a larger world war?

Writing in The Times, commentator James Marriott argues that the war in Ukraine “shatters the illusion that a global triumph for democracy is only a matter of time.” Marriott picks up on the thinking of Francis Fukuyama, the political philosopher who argued that the ascendancy of Western liberal democracy and the dissolution the Soviet Union had led not just to the end of a particular period of history, but to the end of history as we know it. In short, we thought history in terms of conflict was over, at least in Europe.

we thought history in terms of conflict was over, at least in Europe

The progressive myth is that the world is moving to a utopian future of peaceful democracies. American columnist Thomas Friedman put it in simple terms with his Golden Arches Theory of Conflict Prevention - no two countries that both had McDonald’s had fought a war against each other.

The reasoning was that as countries progressed in terms of economic development and a growing middle class which could support such ‘luxuries’ as a McDonalds network, they would not be interested in going to war. But as Marriott observes, “Russia has 850 McDonald’s restaurants and Ukraine more than 100.”

Progress was supposed to stop wars like this. But it hasn’t.

And so we are shocked by the images coming out of Ukraine - because Ukraine is weird - as in Western, educated, industrialised, rich and democratic (WEIRD). Wars aren’t supposed to happen in places like Ukraine. This war, as Marriott notes, offends our sense of history, and reality.

Of course there are still wars in Afghanistan and Yemen, but the thinking was that in time, they too would become richer and more democratic and of course get a McDonalds meaning no more wars. The West was simply ahead of the game and others would soon catch up.

To the surprise of many, the West has responded robustly; perhaps because a war like this is not supposed to happen. This conflict is a challenge to our now largely secular cultural story. This secular story is a thin one, which has rejected God, without replacing him. The result is a myriad of individual stories and a more contested and fragile world.

Tom Holland reminds us that equality and human rights are fundamentally Christian ideas - our culture wants the fruit while chopping down the very tree that births it. The West talks of human rights but has failed to define what a human is. Most argue that our humanness is based on rationality or utility - to be human is to be able to think or to do something. But what of a tiny baby or someone suffering from severe dementia - is their humanity in doubt?

To be human is to be made in the image of God - endowed with dignity and value and worth, regardless of age, ethnicity, ability, or sex. Our ideas of equality flow directly from the idea that everyone is a divine image bearer and therefore equal before God. They do not come from the Greco-Roman world where a small elite had rights over others or eastern caste systems with embedded social hierarchies.

Western cultural values are, underneath it all, still largely Christian values; but without the God story we struggle as a culture to explain them. Those values are fragile and contested because we have ditched the story that birthed them.

Then along comes Putin offering to play the strong man in world of confusion and chaos. While Putin is prosecuting a physical war, it has cultural undertones. In a speech before the invasion he criticised Western cultural decadence and held himself up as the defender of Christian values.

Putin’s attack on Ukraine is also an attack on Western values. Perhaps that is why this war seems to matter more.

This conflict is complicated with long historical roots, broken agreements, religious aspects and multiple causes. But we can say that Putin’s actions are dehumanising and evil - an expression of personal and nationalistic power. We can also see that this war challenges the secular, progressive Western story. We are running off the last fumes of our Christian principles, and as the tank empties, we risk running out of fuel like the Russian invaders of Ukraine.

War should make us pause and think and ask questions. It should drive us to our knees in prayer. It should also remind us that you can’t have the fruits of the God story without the God of that story, and few in the West seem willing to admit this.