Why Christians should repent of past antisemitism

The Church of England has held a special service to apologise for passing anti-Jewish laws 800 years ago that resulted in the expulsion of Jews from England. But can Christians repent of historic acts they were not personally responsible for? Dr James Patrick says we both can, and should 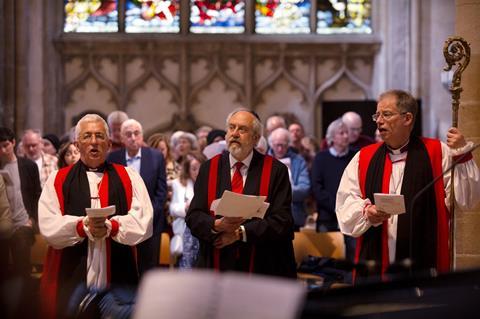 In Oxford’s Christ Church Cathedral on Sunday, bishops of the Anglican and Catholic churches gathered to “acknowledge with shame and penitence” and “apologise” for the actions of the Synod of Oxford, 800 years ago.

Long overlooked, that medieval church council legislated for strong expressions of antisemitism, which had both immediate and long-term effects on England and on Europe. They aimed to sever any friendly social interaction between Jews and Christians, hence the visual warning of what was effectively its opening ceremony. A local deacon who had converted to Judaism was tried, convicted of heresy, degraded, and promptly burned at the stake in front of Osney Abbey where the Synod was being held. This then became the common-law precedent for punishing heretics for the next four centuries.

Two whole paragraphs of laws from the Synod pertained to Jews, denying them the freedom to build new synagogues, employ Christian servants, store possessions in churches for safe-keeping, or even enter churches, despite having to pay church tithes. But worst of all, they were now forced to wear a badge of shame, two strips of white linen in the shape of the Ten Commandments. Later that century, Edward I (Longshanks) changed the colour to yellow, and imitation by other European countries led eventually to the Nazis’ yellow star. Edward I’s national expulsion of all Jews from England in 1290 was no doubt influenced by the chilling social effect of the church laws from 1222, and as with the badge, our banishment innovation likewise led many other nations to follow suit for hundreds of years.

No one would disagree that such Christian antisemitism should be condemned and rejected by the church today. But many might agree with Revd Ian Paul’s blog post that, “The idea that I, or anyone else, can ‘repent’ for something historic that we did not do… is nonsense. Those who need to repent (change) are long dead, and I do not own their views so cannot repent of them.”

Nevertheless, as Archbishop Justin Welby noted in his foreword to the official Anglican theological document on Christian-Jewish relations, God’s Unfailing Word (2019), “only by looking back and recognising our failures as Christians can we begin to move forward with authenticity”. We are both individual believers and members of our community of faith, from which we may inherit blessing or curse. Like King David repenting to the Gibeonites in 2 Samuel 21, we can suffer for what others did, and it is our responsibility to make peace.

Bishop Michael Ipgrave, in his reflection at the service, observed how there are two different modes of remembering, whereby we shape our future by learning from the past. One involves recalling what has been forgotten, and another is to keep at the forefront of our mind what we are well aware of. The blood-soaked history of Christian antisemitism is remembered in these two different ways, the first by Christians, the second by Jews. And if we know that our brother has something against us, it is our duty to leave our gift at the altar and first seek reconciliation, before God will receive us (Matthew 5:23-24). 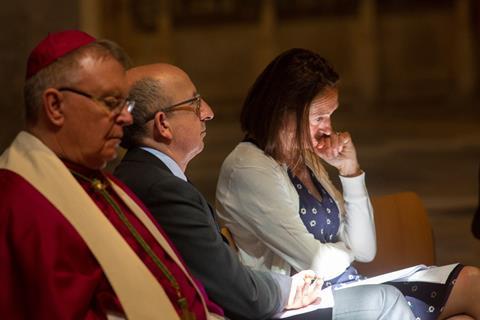 It is in this context, therefore, that repentance makes sense. As it is expressed on page 20 of God’s Unfailing Word, “Where the continuing effects of past sins by members of the one body of Christ [both present and past] continue to be felt and where those sins have not come to an end, then members of Christ’s body here and now are bound to seek God’s mercy.” Until we properly reflect upon the underlying bad theology that led our spiritual and physical ancestors to such lamentable actions, we will inevitably live out the same theology today.

The prophet Daniel is one of very few biblical heroes whose flaws are never mentioned, yet he is the author of the greatest prayer of repentance, in chapter 9 of his book. He does not merely acknowledge the sins of his ancestors that led to exile, but he identifies with them. “I was speaking and praying, and confessing my sin and the sin of my people Israel…” On the other hand, the first-century Pharisees built monuments to the prophets of earlier times, yet Jesus condemned them as guilty heirs of the prophets’ murderers, because they would not repent (Matthew 23:29-36). May we not presume to be righteous in our own eyes.

Replacement theology, or supersessionism, is one of the most insidious and pervasive false teachings in the church, past and present. It manifests itself in our sermons, as much as in our attitudes towards the Jewish state and towards Jewish members of our congregations. But like bad breath, we are usually ignorant of it ourselves. Let us use this 800th anniversary as an opportunity to ask the Holy Spirit to search our hearts, to “see if there be any way of pain in me, and lead me in the everlasting way” (Psalm 139:23-24).

Dr James PatrickDr James Patrick is a speaker, writer and academic, having completed degrees at both Cambridge and Oxford in theology and religious studies. He grew up in Papua New Guinea, and has chosen to remain celibate for the sake of the coming Kingdom.