As millions of people face choosing between heating and eating this winter, our political allegiances are less important than our willingness to get involved, says Tim Farron. Jesus came to save souls, but he also fed people. We should do the same 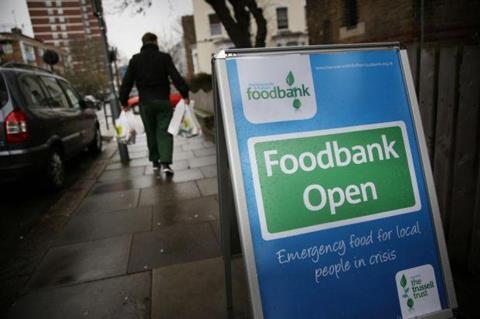 It is easy to feel overwhelmed by the number of big political issues facing us at the moment. Integrity in our leaders matters enormously and the dangerous situation in Ukraine also rightly draws our attention. But there is another major area where the consequences of political actions are clearly felt by the majority of people, and that is the growing cost of living crisis.

Politics is the practice of organising our society, and the means by which we decide which paths to take. Decisions made by our political leaders affect each one of us. Governments set tax and benefit levels, deciding how much to spend on public services and responding to economic shocks and longer term trends that impact our cost of living and quality of life.

When people in our society are suffering, it often shows that something isn’t working properly within our political system.

After nearly two years of a crippling pandemic and the market disruption caused by separation from Europe, millions of people now face the dreadful choice between heating their homes and putting food on their tables. The cost of living is rising fast, seen most clearly in increasing food prices and energy bills. At the same time, a rise in national insurance and cuts in universal credit will see people’s incomes fall further.

This touches many of us directly and increases debt, anxiety and despair, as people find themselves unable to meet their family’s needs. Poverty and deprivation are dreadful things and often go hand-in-hand with a sense of personal failure. They can be an assault on our dignity. It is a crushing experience.

As Christians we should care deeply about this crisis. But how do we apply the principles of our faith to tackling these issues?

No human political ideology holds all the answers to solving the world’s problems. Governments and political movements do not offer salvation or ultimate meaning. The Bible is clear that only Jesus can do this. But this is not an excuse to convince ourselves that we have no business in tackling the poverty, hunger and injustice with which our world is rife.

Jesus said we will always have the poor with us, yet he also told us to love our neighbour sacrificially, so he surely didn’t mean us to accept the existence of poor people, shrug and leave it at that. We are to do to others what we would have done to us, and none of us is ever more than a couple of steps from the gutter. We cannot just close our eyes and pray for the second coming to hurry up and sort everything out.

While we are on this earth, God commands us to carry on his work, which encompasses every sphere. His kingdom is physical as well as spiritual. Jesus came to save souls but, in the Gospels, we see that he also healed people and fed them, and cared for their bodies. He hungered for justice. Indeed, justice runs as a major thread through the whole Bible, and we see that God expects his people to enact it. Isaiah 59 says that “the Lord looked and was displeased that there was no justice. He was appalled that there was no one to intervene.”

Churches are very active in practically working to tackle concerns in our communities – running foodbanks, debt counselling and other services as the outworking of God’s love for his people. We may not label these actions as ‘politics’ - and indeed some sections of the Church are anxious that promotion of a ‘social gospel’, focusing on physical needs, might act as a distraction from our need to repent of our sins and seek forgiveness through Jesus. But this is a false divide. In Acts 2 we are told that the early Christians came together to ensure that they “gave to anyone who had need”, and as part of the same process, “the Lord added to their number daily those who were being saved.”

Governments and political movements do not offer salvation or ultimate meaning

Before we realise the future hope promised in the Bible, where there will be no more death or suffering, pain or corruption, we are given authority to enact justice in our society and to seek the welfare of the place where he has put us. God has chosen not to withdraw from the mess that human beings have made of his creation. Instead, he chooses to break into it, and he invites us to work alongside him, to reflect his goodness in our broken world, until one day he promises to complete the process and redeem all things.

To the right and left

So how should Christians think about practical solutions to hardship and poverty? There is no single way to tackle these issues and, in the UK, Christians find common cause with all the main political parties. The right traditionally looks to individuals and private institutions, such as the Church, family and voluntary organisations (‘big society’ if you like), to care for the poor and redistribute resources. The left tends to believe that structural barriers often hold people back, and therefore the state needs to step in to address issues of poverty and inequality to create a fairer society. Others – wisely, in my view - think that we should deploy both approaches… and sadly others don’t appear to give a hoot!

But that must not be said of Christians.

As we seek to love our neighbour, we may suggest different approaches and explanations. We may be vocal in our disagreement with the policies that are being pursued and sceptical about their outcome, but the key point is that God wants us to engage and not step away. Let’s seek to understand the issues – which are often more complex and nuanced than the news headlines suggest. Pray about them and ask for wisdom for those in leadership, who are tasked with the great responsibility of pursuing justice in our nation today.

The need of my neighbour is my business and my concern. Let’s ask God for his help, intervention and guidance as we seek practical ways to meet that need.

The March issue of Premier Christianity will feature a roundtable discussion with John Kirkby, founder of Christians Against Poverty, Natalie Williams, CEO of Jubilee + and Elaine Bowes of the Pentecostal Credit Union talking about finance, debt and poverty in the UK. To be the first to read it, subscribe now for just £3.95

Season 3 of Tim’s ‘A Mucky Business’ podcast, which unpacks the murky world of politics and encourages believers around the UK to engage prayerfully, starts January 2022. Listen live on Premier Christian Radio every Tuesday at 5pm, or download now from your chosen podcast provider.