We are not a hate group. But friendly-fire from other Christians is hurting our gospel work

An Oxford college has apologised for hosting a Wilberforce Academy conference. Andrea Williams believes the apology, and subsequent criticism from other Christians is unjustified 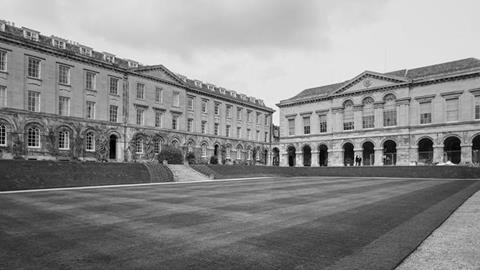 Earlier this week Premier Christianity published an opinion article by Sr Dr Gemma Simmonds entitled 'Oxford University apologised for holding a Christian event. But was it really an attack on religious freedom?’

The article addressed the recent Christian Concern training event, the Wilberforce Academy, held at Worchester College for which the College’s provost and former Chairman of Stonewall David Isaac issued a public apology for having allowed the event to move forward.

The article was rife with mixed messaging. On the one hand, it championed free speech, decried the cancel culture, and argued in favour of debating controversial moral and theological questions within the confines of academic settings like Oxford University. On the other hand, among the same paragraphs which addressed Christian Concern’s purported views on topics like Islam and counselling for unwanted same-sex attraction, Simmonds conjured up images of Nazism, fascism and other activities she viewed as hateful.

In seeking to give her arguments moral authority, she paints herself as a protagonist, driving out the proverbial money changers from the temple, in her narrative young people in front of a church handing out literature with a historically extremist perspective, and educating her relatives, who had been in concentration camps themselves, about the horrors of Nazism. She then argues that love should be the overriding principle when discussing the gospel, implying, whether intentionally or otherwise, that this was not the case during the Wilberforce Academy.

What most concerns me about treatments of the Wilberforce Academy such as this one are the strawman figures they create of the Academy, our speakers and those who participate in the event. Caricatures of our views are created by activists who have never had first-hand knowledge of what our speakers have actually said on these subjects during the Academy and are then given further credence when other Christians purporting to “know better”, become apologists for our critics and their wholly imagined caricatures. Few things are more damaging to the church then Christians throwing other Christians under the bus without first taking the time to actually know whether the criticisms made against them are valid.

For example, our views on so-called ‘conversion therapy’ are clear. Everyone agrees that genuinely-damaging practices should not take place, which is why they are already banned. Calls for a new ban would only target legitimate, consensual, non-harmful practices and are in reality an attack on free speech and an attempt to stop pastoral support and prayer. Saying that we’re supporting conversion therapy lacks the nuance that she calls for herself.

The speakers which the Wilberforce Academy engage are unquestionably experts in their field. Their views are nuanced, complex and incredibly well-thought out. Many of our speakers have published on these subjects extensively. It does a disservice to them and to the goal of the Academy to paint their views in the same light with Nazism.

Christians who cast our organisation in a hateful and unsympathetic light, have fuelled the public backlash towards our message

I do not deny that Christian Concern has taken a public stand on issues some see as controversial, but which are of great importance to many Bible believing Christians across the nation. In my humble opinion, far too few have stood in the gap to provide a full throated theological and legal defence of more sensitive gospel issues. It should go without saying that the expression of opinions on these subjects will inevitably upset some of those people who hold strongly held beliefs to the contrary. This is should be called for what it is, disagreement, and not for what it is not, hate.

The fact is that by making this stand, it is becoming incredibly difficult for Christian Concern to even book venues to hold events. Christians who cast our organisation in a hateful and unsympathetic light, have fuelled the public backlash towards our message. While the author of the article suggests it is not our Christian ethos which was attacked, I would argue otherwise. Just because some of our views go against the grain of the current cultural zeitgeist does not make those views hateful. Yet time and again, Christian Concern is painted as a Christian ‘hate’ group by our detractors. There has been an indissociable link between our Christian ethos, our message and how we are demonised. If that is not an attack on religious freedom, I wonder than what would be?

Christian Concern is undaunted in its commitment to being true to the gospel and to our organisational mission. I am not naive to the fact that the criticism will continue and that our views will be over-simplified, misrepresented and disparaged. At the end of the day, our responsibility is to our own conscience and to our supporters, and our accountability is to God. There will always be critics of our work. But I am nonetheless saddened when those purportedly speaking on behalf of Christians at large join that dissenting voice without taking the time to know us or our message. There is but one gospel and one Church. My prayer is for unity, understanding and grace. I agree with Sr Dr Simmonds that the overarching principle of the gospel is love, and that should extend as much among Christians as it does between Christians and non-believers.