The Methodist Church has agreed to allow same-sex weddings - so what happens now?

The UK Methodist Church has voted to allow same-sex marriage. But what happens now? Will all Methodist churches allow gay weddings? And what about those - including ministers - who disagree? Tim Wyatt explains all: 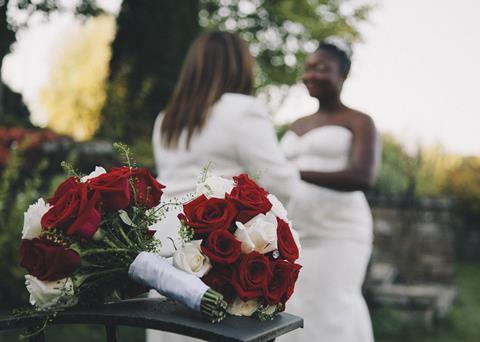 Source: Image by briannad26 from Pixabay

The British Methodist Church has voted to allow same-sex marriage, becoming the largest denomination in the UK to do so. At the 2021 conference last week, delegates voted 254 to 46 to rewrite the Methodists’ standing orders so that any two people of any gender could marry in Methodist churches.

The decision was the result of a lengthy process of deliberation, which began in 2016 when a task force was set up to re-examine the definition of marriage. At the 2019 conference, they published the report God in Love Unites Us. This recommended allowing gay weddings in Methodist churches and permitting Methodist members and ministers to enter such unions.

After the 2019 conference voted to preliminarily endorse the proposal, it was circulated around the 30 regional synods, of which 29 voted in favour. Finally, after a one-year delay due to coronavirus, the conference voted to implement the changes by a large majority at its 2021 meeting, held last week.

Thus both the traditional one man and one woman definition continues to be official Methodist teaching, alongside a second view which endorses marriage between any two people of either gender.

The need to opt in

Once the central Church organisation has officially informed the government of its legalisation of gay weddings, individual churches will have to then separately register to hold such services on their premises. Ministers who are authorised to legally solemnise marriages will have to also register again to be permitted to preside at gay weddings. Not only will Methodist members and ministers be allowed to enter same-sex unions, any member of the public is also welcome to marry their gay partner at a Methodist church.

This bureaucracy is a result of how the UK legalised same-sex marriage back in 2014. In response to concerns from religious groups, the government wrote into the law that churches were by default barred from conducting gay weddings. Any denomination which wished to do so had to first opt in on a national level, and then have individual parishes and congregations register specifically.

These changes also contain conscience protections for Methodists who do not support gay marriage. Because congregations have to actively opt in to hold same-sex weddings even after the national Methodist Church has endorsed them, no evangelical or traditionalist Methodist community will be compelled to marry gay couples if they do not wish to. Furthermore, the proposals voted through by the conference also stated no individual minister can be forced to marry a same-sex couple. However, both they and any congregation must refer a gay couple to other Methodists who will marry them if they receive an enquiry.

Although no reliable polling is available to reveal what ordinary British Methodists in the pews believe on the question, it seems likely most are in favour of the changes. The conference, which gathers representatives from every district in the Church, has voted on this issue several times over recent years, with large majorities in favour of same-sex marriage. In addition, 29 out of the 30 regional synods also endorsed the proposals.

However, there have been warnings, including in the debate at the conference last week, that those who continue to hold a traditional position are being squeezed out of the Church. Rev Dr David Hull, chairman of Methodist Evangelicals Together, has warned that tens of thousands of the 170,000 Methodists in the UK may be unhappy about permitting gay weddings in church and might, as he has already done, quit the denomination for good: “Some people have already changed churches, others are thinking about their future, others feel called by the Lord to stay no matter what and work to change,” he said. “The protection of the ‘conscience clause’ for many Methodists is just unsustainable and I think that will have profound consequences for the future of the denomination.”

The decision is also likely to cause ripples across the global Methodist movement. Although Methodist churches in other countries are independent and the British vote will have no direct influence, it comes as many other Methodist movements wrestle with similar issues.

The Irish Methodist Church has already publicly reacted to the UK decision by reiterating its commitment to the one-man-and-one-woman definition of marriage. In the United States, the Methodists are close to a formal schism. In the face of apparently intractable differences between LGBT-affirming and traditionalist believers, the United Methodist Church is considering splitting in two with the creation of a new, conservative denomination which will continue barring gay marriage or LGBT clergy. A breakaway movement, called the Global Methodist Church, has already been set up and is waiting in the wings for a final decision next year. Dr Hull has said his movement of British evangelical Methodists was already in contact with people associated with the Global Methodist Church.

What do other denominations think about same-sex marriage?

For now, the still-united Methodists in Britain join a growing wave of denominations changing their doctrine to permit same-sex marriage. So far, the United Reformed Church, the Scottish Episcopal Church and the Quakers already allow gay couples to marry in their churches, and the Church of Scotland and Church in Wales are inching closer to liberalising their own teaching on sexuality also.

Some people have already changed churches, others are thinking about their future

Meanwhile, the Church of England remains gripped in an increasingly bitter internal conflict over the topic. The bishops are currently urging parishes and dioceses to discuss the issue locally using the Living in Love and Faith resources released last year, but it is expected to return to the General Synod in the next few years for more rounds of bruising debate.

At the same time however, proposals endorsed by the Synod in 2019 would see the CofE and Methodist Church move closer to healing a rift between the two denominations which dates back to the origins of Methodism in the 18th Century. If the plan comes to fruition, Methodist ministers would be allowed to work and serve as vicars in the CofE, and vice versa. At present, gay clergy can only work in the CofE if they are not married and remain celibate, so it remains unclear what would happen if a Methodist minister who enters a same-sex marriage (as will soon be legal) sought to join their Anglican brothers and sisters in a denomination which forbids such relationships.