As a gay Christian, here’s how I’m marking Pride

David Bennett is a celibate gay Christian and author of A War of Loves. He holds a biblically-traditional ethic and believes Pride month is an opportunity for Christians to pursue humility 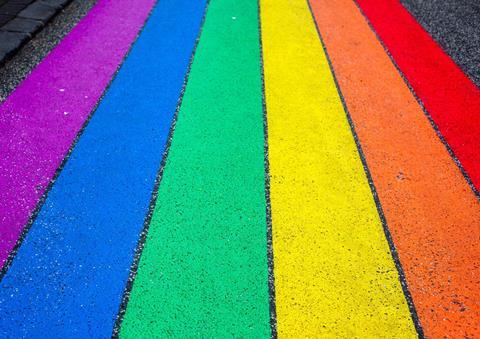 For me as a celibate gay Christian, Pride Month is a really important as well as painful time.

I often struggle to celebrate pride because of the monoculture that surrounds it of glib commercialism, superficial activism, and theological ignorance. The emergence of homophobic Christian voices during Pride month is also a major downside. However, with all that’s wrong with it there is so much that needs to be remembered and celebrated. The very fact I – a gay Christian - can write this article in a Christian magazine is one.

Someone recently asked me on social media ‘What is being celebrated in Pride month?’ My double-tongued response was, ‘repentance from the sin of homophobia’. But it’s true! Too often we forget how we really have been freed from atrocious sins.

The list of past homophobic sins includes electro-shock therapy, concentration-camp killings, lobotomies, social and economic discrimination, being locked in jail, hate-crimes and murders, police bashings and parental and familial rejection. These realities are all symptoms of a world and church that hatefully rejected, in their pride, LGBTQI+ people. And we still live in that world. We still have a church that persecutes and hates gay people who live out a biblically-traditional ethic, or that thinks simply changing scripture’s ethic will solve the tough reality of being gay and Christian.

St Paul affirmed the ethics of first century Judaism, which included sex being designed for a monogamous marriage between a man and a woman, but in Romans 1-2 he was more concerned about the deeper sin of pride.

For Paul, what was worse than the effects of the fall was the pride that makes us judge others

For Paul, what was worse than the effects of the fall was the pride that makes us judge others – it reveals that we have unrepentant hearts. On Pride Month, we are called to ask for deliverance from this pride, which has motivated the heterosexual church to condemn and hate the LGBTQI+ community. Once that pride is dismantled a new conversation can open up that will mean the Gospel can be heard again, and deeper discipleship can begin.

A different kind of pride

In Augustine’s famous City of God he warns the church (especially those claiming sexual purity) of the greatest pitfall of the Christian life: pride. For Augustine, humility is the greatest virtue of the Christian life because it allows us to know God. On the flip-side of Augustine’s warning is also an admonition to have pride in the self as a confidence, a proper self-love, which is given when we humbly love God first.

This pride month I celebrate the pride of LGBTQI+ people who have come out and overcome great hurdles to accept themselves, and among them, an even braver group, who holding on to this right kind of pride, have committed to living for Christ without denying the reality of being gay.

This pride month we as Christians can remember and repent from the past sin of pride and the homophobia, and culture-war landscape it has produced in God’s Church and world, making the life of same sex attracted or LGBTQI+ people a living hell.

We can also celebrate the new and fledgling movement of young LGBTQI+ people who have decided that the harmful duality of ‘church vs world’, ‘gay vs. straight’, ‘progressive vs. conservative’ no longer works for them. They are tired of the pride that undergirds these dualities and have instead moved to try to find something more holistic.

This pride month let us remember all of those who strove to have the right to be honest and real about their sexuality and to throw off the oppressive effects of the wrong kind of pride that Jesus calls us to be delivered from.

David BennettDavid comes from Sydney, Australia where he studied journalism and then international relations. He moved to Oxford to pursue his studies in theology and train as an apologist from a skeptical, atheist background as an anti-Christian gay activist. David now holds undergraduate and postgraduate degrees in theology from Oxford, a master’s degree in theology from the University of St Andrews, Scotland, and is now completing his doctorate (DPhil) in theology at Oxford. He is the author of A War of Loves (foreword by NT Wright) which describes his story from atheistic gay activism to becoming a follower of Jesus, in which he advocates for a positive moral vision of biblical sexuality and discipleship