The government lies for power, but Christianity speaks truth to power

Government ministers are occupying positions that make no sense, such as claiming that they weren’t at a party that didn’t happen, says George Pitcher 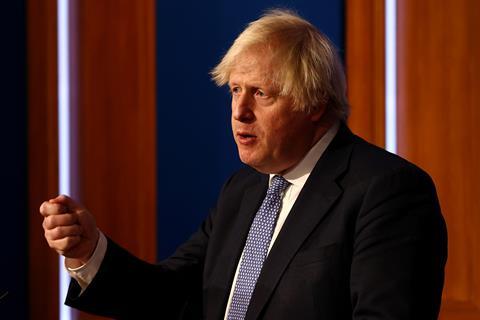 From £350m a week extra for the NHS as a direct consequence of Brexit to deliberately misleading the Queen in an unlawful attempt to prorogue parliament; from making up quotes for The Times to claiming that home secretary Priti Patel hadn’t broken the ministerial code for bullying; from claiming that he had sacked Matt Hancock when he had defended him to claiming record NHS investment that doesn’t exist, the prime minister occupies a parallel universe to veracity. Actually not all that parallel. And the British public appears to be inured to it.

What is more remarkable is the number of ministers who are prepared to be lured into the tangled web he weaves and are willing, even eager, to join in this practice to deceive. The habit has just become most hallucinatory during briefings about a Christmas party last year at Number 10, which didn’t take place, but if it had then it didn’t break any lockdown restrictions.

Health secretary Sajid Javid, having evidently failed to notice his predecessor Matt Hancock’s meat-shield role for the PM, has been forced onto the public airwaves to take a position somewhere between the Red Queens of his inquisitors and Lucy in the Sky with Diamonds.

Stepping out of his newspaper taxi, Javid told reporters that assurances that no illegal rave had happened at Number 10 were enough to satisfy him, while concurrently being enraged that Allegra Stratton (the Girl with Kaleidoscope Eyes) had laughed in a presser rehearsal about the party that hadn’t happened and then insisted that it should properly be investigated to establish that it really hadn’t happened, but if it did it happened properly.

It’s safe to say that to be a member of this government is to occupy an alternative reality. This is funny only to a degree, because it’s actually a power play of the autocrat. In her book, Surviving Autocracy, Masha Gessen examines the deceit of the Trump presidency in forensic detail. Repeatedly, she demonstrates that Donald Trump didn’t lie (only) because he’s an idiot, a sociopath and a crook, but because it was an effective political technique.

He didn’t lie in order for an untruth to be believed. He didn’t even lie to mislead. He lied because he could. He lied to show that, as president, he could say what he wanted. He lied because his hardcore followers lapped up his defiance of normal political protocols. He lied to show he didn’t care and could flip his position subsequently. This is what Gessen calls the “power lie”. Russia’s Vladimir Putin has been a past-master of the art for decades.

Gessen points to two forms of established dignity in politics: The dignity of participation (every citizen being afforded a voice) and the dignity of performance (procedures, protocols, language and so on). She writes: "Trumpism attacks both sorts of dignity, by degrading the performance of politics and by restricting participation in it.”

Thankfully, the US is emerging from its trip through the looking-glass (though it needs to exercise constant vigilance not to relapse). The UK still suffers its similar period of political delusion and continues under Johnson to picture itself in a boat on a river, with tangerine trees and marmalade skies.

It’s why ministers can feel free to occupy positions that make no sense. Like claiming that they weren’t at a party that didn’t happen and, if it did, was quite proper. But, like Trumpism, it’s dangerous for democracy, because it’s a form of the power lie. Johnson invents his own make-believe world to show that he can – and to date he has not only got away with it, but thrived on it. And, naturally, it erodes both the dignities of participation and performance in politics.

Alternative realities don’t have to do so. Religious faith invariably offers an alternative reality. The Christian narrative posits that there is a human alternative to death, darkness and despair. Not a fairy story, but a reality founded in the evidence of the human condition in qualities such as consciousness, love and hope.

It’s what followers of this faith look to in Advent, precisely if symbolically because this is the darkest time of year. It suggests not just that there is more than this – the characteristic critique of the detractor who claims that it’s a source of comfort in the face of existential threat – but that we are better than this.

It’s a move from subjective manipulation to the objective reality of being held, as Mike Higton puts it in Difficult Gospel, in “a wholly loving gaze” by a universal and infinite heart and mind.

That’s important, because it’s the converse of the alternative reality offered by populist politics. Religious faith shores up rather than undermines human dignity – including those dignities of participation and performance. The voiceless are heard and the reality is codified in the rituals of performance and language; not as pomp, but as in the presence of a God that is with us in the enacted drama of our existence. That offers an alternative to what we see about us and becomes a reality when we welcome it.

The question really is this: As Christians await the coming of the light at Christmas, how does what we do differ from the alternative reality of politicians who power-lie to us in false promises and empty redemption? Part of the answer to that must be that the imperative of politics is self-serving and the essence of our faith is self-sacrificial.

This article was first published on georgepitcher.substack.com and is re-used with permission