It is tempting to paint Saint Joan as some kind of ‘holy tomboy’, but this is a one-dimensional perspective that ignores her deep faith, says Caroline Farrow 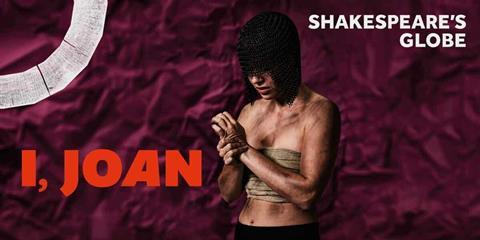 Shakespeare’s Globe theatre is the latest institution to succumb to woke staging, after a new production about the life of Joan of Arc presents a ‘non-binary’ protagonist together with the obligatory they/them pronouns.

It’s almost comical, and I suspect that even the most progressive audiences will experience cognitive dissonance when they witness actors portraying 15th-Century French nobility using the lexicon of 21st-Century English. Even if you think that portraying a pious Catholic female peasant as a closeted queer heroine is edgy and cool, the anachronism of using the language and concepts of identity politics will grate when put in the context of a deeply patriarchal French court, military battlefield and, of course, in the mouth of a Catholic inquisitor probing for heresy.

Even more amusing is the understandable uproar and outrage emanating from feminist quarters, who quite rightly resent the appropriation of Saint Joan’s womanhood. One of the reasons why Joan has been revered as a proto-feminist, even by writers of her own generation, is because she deliberately transgressed the conventions of both her sex and social class. In her epic poem, The Song of Joan written in 1429, Christine de Pizan extolled Saint Joan as an early feminist icon, waxing lyrical as follows:

“Oh what honour for the feminine sex, God has shown his regard for it…saved by a woman who did what five thousand men could not.” God had given, said Christine, “a heart greater than any man’s”, and compared her to the biblical heroines of Esther, Judith and Deborah, who God had delivered from oppression.

It’s no wonder that portraying this great heroine as a man has caused such affront to feminists, as it violates both her memory as well as accepted historical fact. There can be no doubt whatsoever that Saint Joan was a woman, not least because she was examined on three different occasions to check that her virginity was intact. An indignity that is unthinkable to modern-minded women.

It is tempting to point to her as some kind of ‘holy tomboy’ in an age desperate to pathologise and label behaviour that does not conform to stereotypical norms, but this is a one-dimensional perspective that ignores Joan’s deep faith.

The images of Joan riding into battle dressed in male clothing don’t speak to her practices of spending long hours immersed in prayer or her rigorous fasting. While it is true that she enjoyed being surrounded by armed aristocratic men, she equally sought out the company of the mendicant orders, the Franciscans, the Dominicans, the Augustinians and the Carmelites. She said that part of her mission was to help the destitute, meaning those who had been left impoverished by the fortunes of war.

The wearing of men’s clothing and donning a male haircut was not born of a desire to be treated as a man, but was a practical attempt both to blend in and ride unencumbered, and during her imprisonment, to protect herself from physical or sexual assault. Had she truly been transgender or attempting to masquerade as a male then she surely would have changed her name and not accepted the moniker of “la pucelle” (virgin).

One cannot help but suspect that the playwright behind this production, Charlie (formerly Charlotte) Josephine, who describes herself as non-binary and who admits to feeling like she was “failing at womanhood”, is projecting her own struggles.

Joan’s devout faith meant that she would have rejected the identity politics of both feminism and transgender or queer ideology, seeing herself only as a woman who had been entrusted with a particular vocation from God. She was neither the first woman to be granted titular control of the army and neither was she the first great female saint. Catholicism has a long tradition in which people from any sex and class can receive a religious calling.

Like Bernadette Soubirous who came after her and Mary before, Saint Joan demonstrates that it is the low-born and the ill-educated who God chooses to reflect his glory most brightly.