The climate change ‘code red for humanity’ headlines are apocalyptic. Here are 4 things Christians must do

A major new report from the UN predicts a future of famines, floods and droughts unless action is taken now to prevent climate change. But is it news, and what should Christians do? 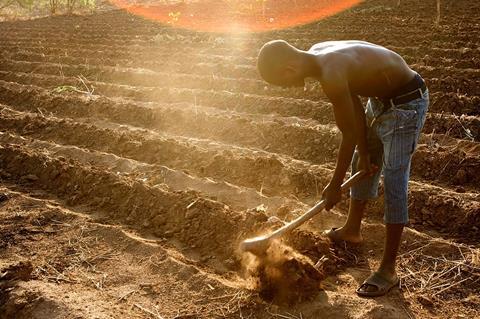 Today’s newspapers are full of stark warnings: a century of deadly climate change for which we’re all responsible. The newest report, published today by the IPCC, a United Nations body which brings together thousands of experts from around the world to assess the latest climate science, tells of a future of extreme heat, floods and droughts unless deep and sustained emissions cuts are made.

Well, yes and no.

Yes, in that this latest report gives a clearer picture of where we’re at: the world has already warmed by 1.1C since preindustrial times - and the window for limiting warming to the agreed global target and safer level of 1.5C is closing quicker than we expected. This report also makes it clearer than ever that no region will escape the kind of extreme weather we’ve experienced in recent months, when a Canadian heatwave killed a billion marine animals and hundreds of people died in floods in Western Europe and China. These sound like storylines from an apocalypse movie, but they are already happening - and, as this report shows, they will only get worse.

The report is also explicit that humans caused all of the warming that has taken place since pre-industrial times. All of it. The message could not be more clear: responsibility for the climate emergency lies firmly at our door.

This IPCC report is not the first time we have heard this message, but we have not heeded our modern day prophets

But also, no, it’s not news. For years, the overwhelming scientific consensus has been that this is a human-made problem (with heat being trapped by gases like carbon dioxide, released by the burning of polluting fossil fuels) and that humankind needs to take responsibility.

This report’s findings are timely however, as politicians, negotiators and campaigners work towards COP26 in November, when the UK will host the most important global climate talks since 2015. But, as Christians and climate advocates, we also feel a grief and frustration at the lack of progress made in the decades that the IPCC has been communicating the best and latest climate science.

In Malawi, we are already seeing crops wither and people go hungry where, only 15 years ago, their harvests were sufficient. And we haven’t even reached 1.5C yet; imagine the devastation caused by a 2C rise in temperatures.

So, as Christians, how do we respond?

1. We respond with lament

All things were made through Jesus and for Jesus (Colossians 1:16). The Son of God loves this beautiful world that exists in him - and this report reminds us that it is broken and, in places like Athens where thousands are forced to flee from wildfires, burning.

When we see our own communities affected by droughts and flooding, or read the stark warnings of more to come, it is right to grieve the destruction and injustice of this climate crisis. In this critical year on climate, we lament the inaction of our political leaders.

2. We respond with repentance

We recognise that we, the Church, have fallen short on this issue. This IPCC report is not the first time we have heard this message, but we have not heeded our modern day prophets. The storms, droughts, even this pandemic, are the outworking of a global system built on overconsumption and greed. We repent of our part in this. We choose to turn away from our old agendas and follow Jesus, who created this world and placed us here for such a time as this.

3. We respond with action

At its core, the climate crisis is an issue of justice. It most affects those least responsible.

The Bible tells us that we were made “in the image of God” (Genesis 1:26–28), making it clear from the outset that there is absolute equality between people. We will only secure a 1.5C future for ourselves and our global neighbours if we do what needs to be done. This means praying - we lift up each other and our leaders in prayer - and taking action in our own lives, by considering what we eat, how we power our homes, and how we travel. It also means calling on world leaders to get us on track for 1.5C, by cutting emissions and ending the era of fossil fuels everywhere this year.

We also need the world’s richest nations to deliver on their long overdue obligation to provide $100 billion annually to help less developed countries, like Malawi, adapt to their new, more climate volatile realities. They need to deliver it by COP26 or risk breaking trust with developing nations.

This global issue requires a global response. Who better to be at the forefront of this than the global Church?

We acknowledge that we haven’t responded as we should have done, with many churches in the UK, Malawi and across the world only now taking action. But this is a moment to step forward. For we know that our work in the Lord is not in vain (2 Corinthians 15:58) and we trust that, with God, our efforts will last into and show in the age to come. As we look to and beyond COP26, let us keep running this race together.

This article has been co-authored by Ruth Valerio, Tearfund’s global advocacy and influencing director, and Charles Bakolo, a Tearfund and Renew Our World partner in Malawi.

Ruth ValerioRuth Valerio is an environmentalist, theologian and social activist. She is the global advocacy and influencing director at Tearfund, canon theologian of Rochester Cathedral and the author of a number of books including The Archbishop of Canterbury’s Lent Book for 2020 Saying Yes to Life (SPCK), L is for Lifestyle: Christian Living that Doesn’t Cost the Earth (IVP) and Just Living: Faith and Community in an Age of Consumerism (Hodder & Stoughton). Find out more at ruthvalerio.net