Should we care that only 0.2% of the country can vote for our next PM?

The process for deciding the next Prime Minister of the United Kingdom doesn’t look very democratic. But does it matter? God isn’t a democrat. He’s an autocrat, suggests George Pitcher 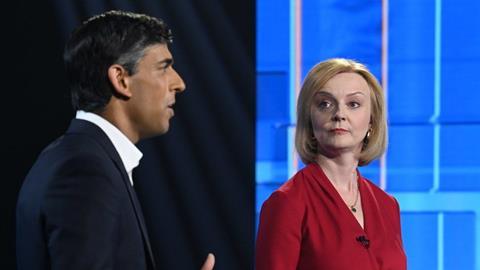 The choice of a new Conservative Party leader – and consequently a new British prime minister – is hardly democratic.

Just 0.2 per cent of the population get to vote for one of two candidates, who were elected by 357 Tory parliamentarians. The wider plebiscite don’t get a look in until a general election, which could be as long as two years away.

But, anyway, is democracy an article of faith? Put bluntly, is God a democrat? For the avoidance of doubt, that’s democrat with an abundantly lower-case “d” – this is not to suggest that the devil is a Republican.

The evidence for divine democracy is pretty thin. Scripture shows that the Almighty does a whole lot of anointing, rather less of holding hustings to attract the votes of those he intends to rule. And those people seem to think that’s just fine.

the Almighty does a whole lot of anointing, rather less of holding hustings

In 1 Samuel, for instance, David has a couple of opportunities to kill the ruling King of Israel, Saul: “Touch not the Lord’s anointed,” he decides. David, as a shepherd and harpist, may not yet have realised that he was in the running for a spot of anointing of his own. But neither was he one to do the decent thing – arranging to have a woman’s spouse killed in battle so he can have his way with her (2 Samuel 12) makes some of today’s more lecherous politicians look like eunuchs.

This whole business of anointing in the Old Testament gave us the doctrine of the divine right of kings, the idea that the soul of monarchy was mysteriously conceived in the womb by divine appointment. Even if divine right has been expunged from secular politics, it still reigns supreme in our Church. Priests and their bishops are still anointed, meaning they are ordained by God, not by democratic process. That’s why, in the earthly sense, holy orders are so hard to take back from malefactors – they’re not the Church’s to take back.

The idea that the Christian faith, either in scripture or in its history, is democratic is well wide of the mark. At the start of his ministry, Jesus of Nazareth claims a kingship that is entirely by divine right: “The Spirit of the Lord is upon me, because he has anointed me to proclaim good news to the poor.” (Luke 4:18).

And he makes it abundantly clear (John 15:16) that discipleship is by appointment only: “You did not choose me, but I chose you and appointed you so that you might go and bear fruit.” The nearest we get to democracy in the New Testament is when (Acts 1:12-26) the first disciples choose Matthias to replace the dead betrayer Judas.

Their process funnily enough resonates, in the tightness of its electorate, with the Tory party leadership contest. But the first-century discipleship race, with some 120 disciples electing two nominees from which Matthias is chosen by just the remaining 11 of the 12 randomly casting lots, makes today’s election of a new prime minister look like a model of universal suffrage.

“Election” in a biblical sense has a very different meaning to anything we’d recognise in our democratic polity today. The idea of God’s “elect” has its roots in the ancient Hebrew concept of a chosen people, saved by their God from slavery and gifted by him with a promised land.

The psychology of a chosen people in a promised land has fed the status of Western democracies – the saviour complex of post-colonial powers such as the UK and US has made us to act like global, moral arbiters. And the Reformational theology of Calvin still feeds Protestant churches on both sides of the Atlantic with the notion of a rapture, when God’s elect will be taken up to heaven, irrespective of their earthly behaviour, while the rest will be left behind.

All of which is worth considering before accusing a political leadership battle, such as the one being currently fought in the UK, of being undemocratic. God may know every hair on our heads (Luke 12:7), but isn’t dependent on our vote. He is the ultimate autocrat.

The irony here is that the autocracy of the Christian faith offers love of neighbour, welcome of the stranger, feeding of the poor, clothing the cold, sheltering the homeless, equitable stewardship of the planet and its resources, service of others that’s perfect freedom and a peace that passes all understanding.

That’s a strange inversion of secular power. Can our politicians match it in their election campaigns?