Our nation is experiencing widespread grief, loss and ‘death denial’. Here’s how the Church can help

Hard on the heels of the Covid-19 pandemic and in the middle of deeply turbulent times, the Queen’s death is lifting the lid on the nation’s widespread, unprocessed grief and loss, says Rev Canon Yvonne Richmond-Tulloch 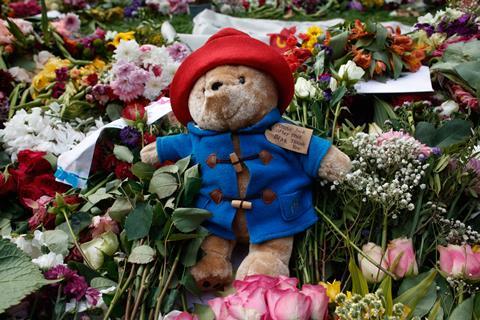 We always knew the day would come when the Queen died. But if you’re like me, you perhaps hoped it somehow wouldn’t happen. When I first heard the news, I was shocked. Then, I felt sad.

Few can remember a time before Queen Elizabeth II was on the throne. And although most of us never met her in person, in many ways, she’s someone we all felt we knew. So it’s not surprising that as a nation, we should feel a sense of loss, and that many of us want to pay our respects. However, in the public outpouring of grief that we have witnessed across the UK in recent days, emotions are being reported that many people didn’t imagine they would feel.

A death can remind us of loved ones we’ve lost, often prompting memories of people who have died many years before. If they are happy, treasured memories, it is an indication we have found peace over our bereavement. But when unhappy or uncomfortable feelings arise, it can mean we have experienced a loss which is yet to be resolved.

In the aftermath of Brexit and the unprecedented trauma of the Covid-19 pandemic; with a new Prime Minister and an ongoing war in Ukraine; as we are facing a tough winter and a cost of living crisis, and just as a new year is beginning for our schools, the death of the Queen comes at a time full of uncertainty and change. Given the world has just remembered the 25th anniversary of the death of Diana, Princess of Wales, and the anniversary of the bombing of the World Trade Centre in New York, it’s not surprising that many of us may be feeling unsettled. All of this will be echoing through what is seen and heard as we mourn the passing of our Queen, including those poignant images of her sitting alone at her own husband’s funeral, which spoke so strongly of the trauma and isolation of many of our pandemic losses.

With love and compassion, Jesus drew alongside those who were bereaved and wept

We are a nation still experiencing widespread, unprocessed grief and loss after decades of ‘death denial’. Collectively, we have not understood or supported grief well and, as a result, feelings have been suppressed and healing put on hold. Now, with wall-to-wall coverage of the Queen’s death filling our news feeds, TV channels, newspapers and social media, the lid may be lifting off many people’s pain.

In our Queen, we have lost a dependable constant, who many of us loved and admired, at a time of uncertainty and change - and when we haven’t yet come to terms with what’s gone before. This will, undoubtedly, accentuate grief and evoke feelings of anger, guilt, resentment, regret or fear for many.

Unresolved grief is the cause of many societal problems. And ten days of national morning cannot resolve that. But this period is a unique opportunity for us to begin to acknowledge the grief, unlock the pain and learn how to better support one other moving forwards.

Being honest, the Church hasn’t always done that well. We’ve also been influenced by ‘death denial’, and not wanted to face death and its consequences square on. Like others, we’ve assumed it won’t affect us until we are old. We need only to look at the bouquets of flowers, and the number of Paddington Bears and marmalade sandwiches in the parks at the moment to realise that’s simply not true.

A man of sorrows

Jesus was a “man of sorrows”, intimately “acquainted with grief” (Isaiah 53:3). With love and compassion, he drew alongside those who were bereaved and he wept. As Christians, we need to follow his example if we are to bring the healing which our society so needs, and which is now being revealed through the loss of our Queen.

Research on grief carried out by the Church of England last year showed that people expect the Church to help them process their loss. But having worked with bereaved people for several years, I know that grieving people often find churches the hardest place to be. Can we use this moment to change for the better, and lead the way in showing the nation how to grieve?

As Christians, we need to follow Jesus’ example if we are to bring the healing which our society so needs

Many churches are already offering people the opportunity to commemorate the Queen’s life and recognise their own loss, through books of condolence, lighting candles, laying flowers, or writing or creating something about how they feel.

It is also really helpful to direct people who need it to further help. Our signposting website AtaLoss.org offers local and national information and services for bereaved people. You could also offer people a ‘Remembering Someone’ badge from our shop, as a means of acknowledging and indicating to others that the Queen’s death has triggered memories of someone special to them.

Most importantly, reach out to anyone you know who has been impacted by the death of a loved one and show that you care. Then begin planning support beyond these ten unique days. Many churches are running The Bereavement Journey, a six session programme designed to help people in their community with their loss. If a church in every town could do so this winter, the nation our Queen so dearly loved could perhaps begin to find the security it now so desperately needs.