There are vested interests at play, and the gambling industry’s reach into Parliament appears highly effective, says James Mildred. Nevertheless, he's confident that just as tobacco companies were finally forced to change, so betting firms will soon face much tighter restrictions 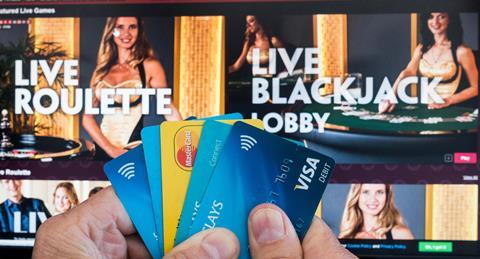 Three former gambling industry insiders have hit out at betting bosses, saying they use underhand tactics to ensnare vulnerable people.

Fintan Drury, former chair of Paddy Power, said the sector simply could not be trusted to police itself and drew a comparison with how tobacco companies used to behave.

He told The Times: “The tobacco industry, again for decades, was [resisting] the idea that their product was the primary cause of lung cancer. There’s a history of businesses wanting to continue to grow and not wanting to hear the potential negative consequences of the business that they’re in.”

Alongside Stewart Kenny, a Paddy Power co-founder, and former CEO Ian Armitage, Drury has set up Stop Gambling Harm to reign in the betting industry. The trio are meeting with MPs on both sides of the House of Commons to win support for fresh curbs on an industry that takes in billions in profits.

In the background to this story is the fact we’re all still waiting for fresh legislation from the Government. In its 2019 manifesto, the Tories said they’d review the 2005 Gambling Act which largely deregulated the betting industry. Last year, a public consultation was held, and we were expecting the Government’s response at the end of last year.

But we’re still waiting. Behind the scenes, powerful figures are fighting back hard on the prospect of new restrictions, designed to protect vulnerable people and restrict the freedom of gambling companies.

CARE was one of many organisations that responded to the consultation. One of the main arguments in our submission was that gambling should be treated as a public health issue. There’s a growing body of evidence that highlights how destructive gambling addiction can be.

One of the most crucial points to grasp is that betting doesn’t simply impact on the individual. Rather, as he or she loses more and more money, it has consequences for families, for relationships and for whole communities. And in the most awful, heart-breaking cases, people commit suicide because of the debt they get in to.

What doesn’t help is that the betting industry has proved itself incapable of self-regulation. That was what the 2005 legislation was about – giving the industry more freedom with a strong expectation it would act responsibly. There’s a strong argument to be made that this approach has failed.

All the while, betting companies use VIP schemes to push their products. Young people face constant betting ads around sports games, on YouTube and other sites. We all saw the number of betting ads at Euro 2020.

14.5 million people in Great Britain know someone with a gambling problem

And gambling related harms are growing. In 2018, CARE polled 2,036 adults online. The polling showed that around 14.5 million people in Great Britain know someone with a gambling problem. More polling in 2020 showed huge public support for a tougher approach from the Government.

There’s so much that needs to be done. From putting age limits on all gambling products, to putting a duty of care on gambling operators and empowering the Gambling Commission (the industry regulator) and making sure it’s truly independent of the industry.

CARE is also recommending that there should be a licence condition for gambling shops that mean they cannot take bets between 12 midnight and 6am because that’s a period when individuals are especially vulnerable.

My gut feeling is that momentum is firmly behind those of us advocating for reform. But there are vested interests at play, and the gambling industry’s reach into Parliament appears highly effective. You can be sure they will resist regulation, just as tobacco bosses resisted curbs all those years ago.

The transformation in societal attitudes towards smoking is proof that good laws can produce positive and lasting change. The regulation of the betting industry is a no-brainer. CARE is waiting for the publication of the Government’s official plans and there have been some hints suggesting they will enact tougher regulations.

Why should Christians care? Because this is about justice. Vulnerable people are being exploited and gambling-related harms cause social devastation. It is right that the powerful gambling industry be held to account and for laws to focus on putting vulnerable people first.