Michael Gove is right to talk about ‘Christian forgiveness’. But there should be consequences too

Michael Gove believes we “owe” politicians who apologise for Partygate, “an element of Christian forgiveness”. Graham Nicholls agrees, but adds that personal forgiveness does not mean there are no consequences 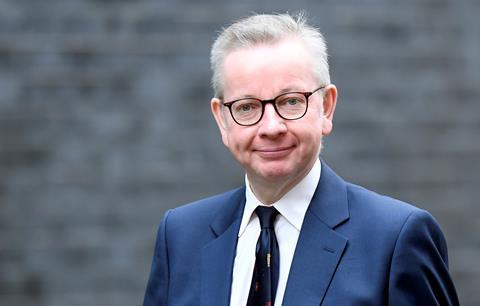 The former BBC and GB News presenter Andrew Neil is back on our screens with a Channel 4 documentary about Boris Johnson and the ongoing ‘Partygate’ scandal. When asked whether the No10 team had adopted a cavalier approach to lockdown, the government minister Michael Gove MP told Neil: "The Prime Minister has been clear that mistakes were made and he’s taken responsibility for those. I’m sure that when the report is published there will be from individuals concerned recognition, contrition and so on and you know we owe them an element of Christian forgiveness.”

Does the concept of Christian forgiveness apply to how we view the people implicated in these events? Should we forgive anyone who broke the lockdown rules and just move on?

First we need to realise that there’s a difference between personal forgiveness and state justice. As a Christian, I should personally offer forgiveness to anyone who asks. I can do that because of the forgiveness I have received from God through Jesus’ sacrifice on the cross. I know that the events of the cross mean any sin can be forgiven and the final judgement tells me that no sin will ever be ignored.

It’s a sad feature of modern Western societies that however much we pride ourselves on being tolerant and compassionate there is actually little room for forgiveness. This has been demonstrated by the modern phenomenon of cancel culture, and the spectacular fall of politicians or celebrities, sometimes never to rise again. It’s as if we have a sense of right and wrong and when people do wrong big tme we don’t really know what to do – we don’t have the ability to forgive them or how they could redeem themselves.

personal forgiveness does not mean there are no consequences

But personal forgiveness does not mean there are no consequences. For example, a political party or the electorate might be willing to forgive a politician from personal responsibility and yet still judge that they are not competent to lead.

Furthermore, the state does not have a responsibility to show Christian forgiveness. Where crimes have been committed, people need to pay the penalty – whether it’s a fine or imprisonment.

So yes, Christian forgiveness should definitely be offered to those who ask for it. Absolutely, Mr Gove, a great topic to bring into the conversation. But that does not mean there shouldn’t be consequences for the actions of our nation’s leaders if they are shown to have broken the rules, however unreasonable we may feel those rules were.