Leftward drift: Why Christians are abandoning the faith…and what we can do about it

Research suggests that Christians leave the faith with far more liberal values than those with which they began. Joel Furches explains more 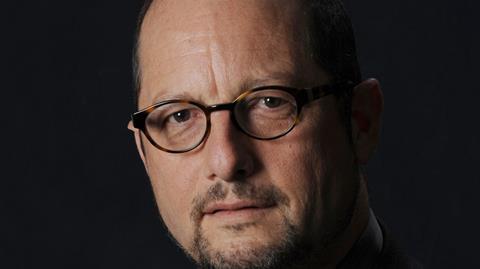 Bart Ehrman’s journey from fundamentalist to agnostic was a “many-year struggle”, which involved his views becoming more left wing

The public nature of their statements has led to deconversion becoming a hot topic in religious research.

One interesting point to note, is that deconverts come almost exclusively from fundamentalist backgrounds (according to researcher Raoul J. Adam).

It is very evident from my own research and simple observation that deconverts universally exit religion with far more progressive or liberal values than those with which they began.

Instead of saying that deconversion causes a change in values, or vice-versa, I propose a recursive process that I call “Leftward Drift.”

According to Bart Ehrman (pictured, above): “For most of my life I was a devout Christian, believing in God, trusting in Christ for salvation, knowing that God was actively involved in this world. During my young adulthood, I [firmly believed] in the Bible as the inspired and inerrant word of God.”

Because of Ehrman’s religious background, it was quite a struggle for him when he encountered an apparent contradiction in the Gospel of Mark.

Ehrman took this difficulty to his professor, and the professor responded in a way that shook the young scholar to the core: “Maybe Mark just made a mistake.”

As an inerrantist, this was a dawning light, and Ehrman was forced to the position that the scriptures might be wrong about things, undermining any trust one might place in them.

He explains, “It was not a matter of my being a fundamentalist, then finding a contradiction in the Bible and throwing up my hands in despair and saying “Oh no! There *is* no God!!”

“It didn’t happen like that at all. I didn’t go from being a fundamentalist to being an agnostic. It was a many-year struggle in which I went from a rabid fundamentalist to becoming a slightly left of center evangelical to being for many years a liberal Christian active in the church and thinking as deeply as I could about the theological views that had long been established in my tradition.”

Ehrman remained at the fringes of Christian belief for 20 years after this crisis. During those 20 years, Ehrman reckoned that he was becoming sophisticated in his capacity to reason about his faith. But there was one matter about which his reasoning became more and more muddied: the problem of suffering.

In his wide reading on the subject and his sophistication of scholarship, Ehrman believed he had found the answer: “I came to believe that God himself is deeply concerned with suffering and intimately involved with it. The Christian message, for me, at the time, was that Jesus Christ is the revelation of God to us humans, and that in Jesus we can see how God deals with the world and relates to it. He relates to it, I thought, not by conquering it but by suffering for it.”

Nevertheless, the suffering in the world chipped away at Ehrman for years, until he realised he could no longer believe. Much like his struggle to reconcile biblical errors with inerrancy, Ehrman realised he was simply creating justifications when, in fact, he could not buy into the idea that God was an active, concerned, prayer-answering, and reconciling being. 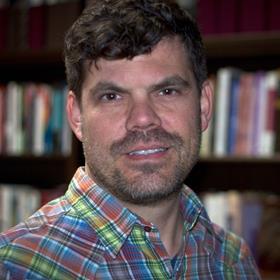 It was here that Bell had to jettison some of his ridged conservative notions.

“My harsh ideology was bumping up against real life. I realised that God is not as much about ideas as he is about people. I knew that if I didn’t love people, then I couldn’t do my ministry,” he says.

Bell had inherited a congregation which did not abide by the strict Seventh Day Adventist (SDA) standards and rules. The women didn’t practice the strict modesty standards, but instead, wore makeup and jewelry. Some members smoked or drank or used profanity.

Bell had to choose between disciplining his church body or adapting his standards. Bell chose the latter.

As Bell began to relax his standards, he decided to favour the needs and desires of the people over the laws and regulations of the SDA church. He began to push for community service and make his church more palatable to those who were not of the SDA tradition.

Despite his upbringing and long history with the church, Bell’s inclinations grew ever more progressive. He eventually took over a church in California, and his change in ideology accelerated. He pushed his church to promote interfaith dialogue and social reform.

Due to these radical changes, the denominational leadership asked him to step down. In addition to his social disagreements with the church, he had developed doctrinal disagreements, rejecting the doctrine that the SDA were the “remnant church” chosen by God to prepare for the last days, and other teachings on eschatology.

“The day came when I really didn’t fit within the church anymore. I had been an outspoken critic of the church’s approach to our gay, lesbian, bisexual and transgendered members — that approach being exclusion or, at best, second class membership (“we won’t kick you out but you can’t participate in leadership”). Through the years, I had also been a critic of the church’s treatment of women, their approach to evangelism and their tunnel-vision approach to church growth… All of these things — things I was most proud of in my ministry — earned me rebuke and alienation from church administrators. I tried to maintain that I was a faithful critic — a critic from within — someone committed to the church and its future success but unwilling to go blindly along with things I felt were questionable, or even wrong.”

Churchless, Bell was now floating in and out of the social justice community, wherein he spent most of his time, not with Christians, but with Humanists. Bell realised that his atheist friends were living a life pursuing the same goals as he, and were every bit as moral. Their lives looked no different than his, so what difference was God making?

It was after this that Bell embarked on, ‘A Year Without God’ wherein he intended to live and think like an atheist for one year in order to see if it changed anything. At the end of the year, Bell considered himself fully atheist.

As illustrated by these two stories, the process of Leftward Drift goes like this:

This cycle of stepping to the Left in an attempt to resolve objections in fact creates new ones. And this process continues until the person’s ultimate solution is to leave the faith entirely.

What can we do about it?

Remember the research suggests that Fundamentalism, and not Liberalism, sees the highest production of deconverts. Leftward drift necessarily begins at the Right, and is driven by an attempt to escape problems. So the question worth considering is “what features of Fundamentalism initiate this drift?”

Leftward Drift is a search for certainty which only results in further uncertainty.

In his research cited above, Adam pointed out that the singular feature which defines Fundamentalism is a sense of total certainty or total confidence. The consequence of this is that people raised in Fundamentalism have an aversion to uncertainty. Like Ehrman, when questions or problems arise, the person is driven to find some answer in which they may place confidence. This process of Leftward Drift is a search for certainty which only results in further uncertainty.

If the Church is to avoid this process, there is one primary change which might address this difficulty.

Fundamentalist Christians begin with the assumption that there must be solid answers embedded within religion for any given question or objection. When a challenge occurs, one feels obligated to have an answer, and if one does not have a ready answer, one feels that this is a moral failing on one’s own part.

It is a necessary consequence of being human to have gaps in one’s knowledge, and to pretend otherwise is a foolish thing to do. If the Church is capable of offering the safety and security of community, and also the freedom to disagree, then the security and freedom found in the Church eliminates this compulsive desire for certainty. Questions do not go away, but not having immediate answers becomes much less of a threat if one allows oneself permission to say “I don’t know,” followed, perhaps, by a “let’s explore,” and use this as an opportunity to learn and grow – but not with the expectation of achieving perfect knowledge.

If Christians believe that God will accept them and forgive them in spite of their imperfections, imperfect knowledge is included in this forgiveness. On the cross, Christ pled to God, “Forgive them, for they know not what they do!”, and atop the mountain looking down on Nineveh, God told Jonah that it was only right that he should have compassion on a people “who do not know their right hand from their left.” It is apparent that God does not expect people to have all the answers or be correct on all counts in order to receive grace, and the church need not set expectations higher than those set by God.

Joel FurchesJoel Furches is a behavioral psychologist, speaker and artist. He is the author of Christ-Centred Apologetics: Sharing the Gospel with Evidence