How renewing your mind can reduce the risk of dementia

Good emotional and mental health can help prevent dementia. That’s good news for Christians, says Louise Morse, who have the Holy Spirit to help them take control of their thoughts. But the greater hope is that God promises to be with us always 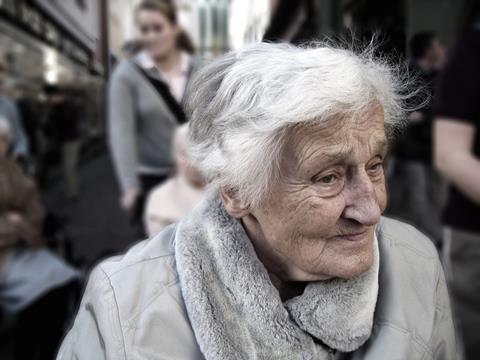 The good news is that dementia rates are falling, including among it’s most common form, Alzheimer’s disease. A recent study by The Alzheimer Cohorts Consortium shows that the risk of developing it now is 13 per cent lower than in 2010. If that rate of decline continues, then in another decade, there will be 15 million fewer people in Europe and the United States with dementia than there are now.

The power of the mind

Despite warnings of an impending tsunami of suffering from advocacy groups, better medical care and increased understanding of how diet, exercise and lifestyle choices impact the likelihood of developing dementia are helping to drive down rates in developed countries. But there is also an increasing awareness of the impact of emotions and mental health. It’s long been known that feelings of loneliness and depression increase the risk of developing dementia, for example.

Your thoughts today have shaped the structure of your brain

Professor Tom Kitwood wrote that every human reaction has a neurological counterpart, and that a poor social environment may actually damage the nerve tissue in our brains. In 2009, Nobel prize winner, Eric Kandel, hosted a roundtable discussion with leading scientists as part of the Charlie Rose Brain Series. Concluding one session he remarked: “Your thoughts today have shaped the structure of your brain.”

That is a sobering thought – but one that brings hope to Christians, because we have the power, through the Holy Spirit, to examine our thoughts and bring them into line with God’s purpose for us. “Guard your heart with all diligence, for from it flow all of life’s consequences,” says Proverbs 4:23 (CJB). And in Psalm 138:23-24, David writes: “Search me, O God, and know my heart! Try me and know my thoughts! And see if there be any grievous way in me, and lead me in the way everlasting!”

God, who made us in his image, knows the power of our thoughts, and tells us to concentrate them on “whatever is noble, whatever is right, whatever is pure, whatever is lovely, whatever is admirable—if anything is excellent or praiseworthy” (Philippians 4:8-9). Identifying and changing negative thinking is the foundation of cognitive behavioural therapy and, it seems, based on good, biblical principles.

With us to the end

For two decades, I’ve been following developments in the study and treatment of dementia, and have published books that look at the disease through a spiritual, as well as a secular, lens. The first, Dementia: Losing your mind doesn’t mean losing your soul (Lion Monarch) aimed to correct the assumption that, as the disease progressed, the soul of the person with dementia slowly ‘died’, until only a physical shell remained. Not only is this spiritually incorrect (Hebrews 9:27 makes it clear that a person dies only once, and all at once) it is now understood to be medically incorrect. Whatever the effects of the disease, the person remains until the end, often emerging ‘through the fog’ momentarily. And, as Christians, we know that the Holy Spirit is always with us.

We see this with dementia patients living in our care homes. Heather’s father, a retired pastor, had been silent for months. Yet one day, when she visited him as usual, he was dramatically improved. “He was suddenly himself, pleased to see us with flashes of humour,” she said. “He told me he had dreamed of Jerusalem ‘my heavenly home’, and went on to say that, in those silent months, God had been speaking to him. Dad said the Lord had reminded him that 'The steps of a good man are ordered by the Lord and though he fall he shall not be utterly cast down, for the Lord upholds him with His hand because he trusts in Him,’ (Psalm 37:23). This brought such comfort to me, as I realised that Dad had reached some place of acceptance.”

The growing hope is that dementia is diminishing. But the greater hope is that God keeps his promises to be with us always.

Louise MorseLouise Morse is a trained Cognitive Behaviour Therapist with expertise on issues facing older people, including dementia. She works collaboratively and is part of an informal network of experts on issues of old age and dementia. Louise writes and speaks for Pilgrims' Friend Society at events and to the media. She also produces invaluable resources for those looking for guidance and support as they navigate growing older or serving older people in their community.