Grave sucking and gold dust: I spent 10 years at Bethel. Here’s the truth behind the wild rumours

Having been both a student and teacher at Bethel Church’s School of Supernatural Ministry (BSSM), Carrie Lloyd is aware of the concerns and speculation that has swirled around the controversial Californian megachurch. Carrie previously declined to address the rumours. She explains why she’s now choosing to set the record straight 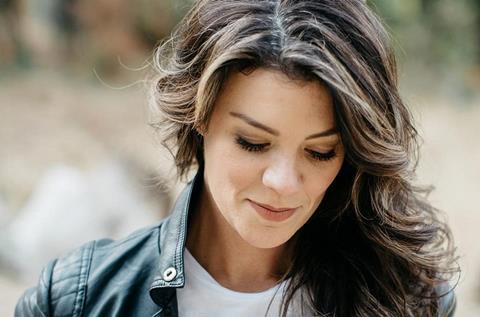 I am a self-confessed sceptic. One that doesn’t suffer fools, nor performance, gladly. My blood is symbiotic with a need for authenticity and that includes the goings-on within the worldwide church.

It is a surprise then for people to discover that I have been both a student and pastor for ten years at Bethel. The church in Redding, California is known for its mysterious signs and wonders.

Before, when I’ve been asked to write about the myths and rumours that have surrounded this environment, I have declined.

I declined for fear of looking like the defensive child, fending for the name of its family. But amidst keeping silent, and since my transition out of Bethel to pastures newly-founded towards social justice, I have seen a great dent being created within the unity of the church body. It has been caused primarily by misinformation and untruths. Perhaps then, this piece could be seen less as a statement of defense, and more a willful hope for clarity and reason.

Many wild suggestions have been made of the activity within these walls of ‘wacky cheer’. It should be made clear that, initially, I, too, was the one who stepped over students laughing on the floor, inwardly judging their reactions to the presence of God. My secret conversations with the Lord however, would always confront my judgement for another’s enthusiasm. Just as I was once encouraged by great art directors in London to let creatives take a risk, so too did I need to ensure I made space to allow their zealous spirit to encounter God, however that may look.

Such rumors have not cooled, and have spread wilder than the summer fires that haunt the territory of Redding; and in the many years of Bethel’s momentum, they have been privy to a bevy of gossip: ‘grave soaking’ which then turned to ‘grave sucking’. The buckets left at the front of the stage for vomiting (they’re actually for our offering). The suggestion that us pastors hit the heads of students against a wall until they bleed. The refusal for ambulances when someone is in cardiac arrest, as we teach the students instead to pray for healing. The swimming pool that we recently built in order to teach the students how to walk on water (I only dream of the money this would save on paddle boards). The manifestations of ‘glory clouds’, a term coined by the on-lookers not the leaders themselves. The suggestion that we have aligned with the far right politically and therefore no room for diversity or discussion.

That we are heretics, esoteric and simply ‘wrong’.

The most grotesque by far, was the suggestion that we were hiding little Olive, the daughter of one of our worship leaders who had died during a December evening in 2019. According to hearsay (one can never find the real culprit to these wild imaginings) Olive was healthy and we were about to perform some theatrical resurrection trick in five days’ time. When day five came around, I wondered if compassion would finally replace the artic coldness of gossip, while we now cradled grieving parents in our arms. I was not so much perturbed by the suggestion as I was by those who chose to believe it.

Whatever prosecution may come our way, the one thing we will plead guilty to is our attempts to take risk, to seek him beyond our unbelief. However barbaric, or wacky it may seem. For it is an environment of testimony, and miracles require serious, often humiliating, risk.

The grave sucking accusations came from as long as 15 years ago. Based on a photograph where someone was lying on the grave of a legend in the faith, a legacy they admired deeply. They expressed their treasuring of their existence by lying down in a state of wonder. There was no séance, no calling back the dead, no soaking of anointing, and certainly no straws (not even sustainable ones) present.

A comment of “I’d suck the anointing from that spot if I could!” from another influential preacher, created a trajectory of misinterpretation, now aligning it to the conclusion that we were inspiring the students to suck from graves. Tag this along with the ever-famished students, longing to see more of him, who may see such a photo and run wild with it and you can see how easy it would be to misinterpret a kodak moment. But such is the destruction of gossip and distant assumption; it leaves no room for questions. Especially not with those who posted the picture in the first place.

I learned quickly that, as pastors in a diverse environment, we should not control the student’s response but quietly ask them for biblical expositions as to how they got there.

I wondered, on first hearing the abuse launched at Bethel, if Madonna received the same after her 1985 documentary when she took flowers and laid on the grave of her own mother? An act of honour surely, not an excuse for talking to the dead. But like a mad mother-in-law, seeking to find fault in the girl who married her only son, such an exuberant response will be called demonic, heretic, or the spirit of kundalini.

The gold dust we still can’t explain, even after my thorough hunt for hidden air vents, or drum kits marinated in glitter, (both such things absent from the sanctuary). After hour-long interrogations by friends and family, I gave up explaining.

A year after being a student here, and witnessing this gold-like essence hovering over the congregation, going upwards, in figures of eight and then swooshing across the room, the leaders watched baffled, as I found myself on my knees, amid this cloud, cry-whispering to him: ”Lord forgive me for my unbelief.” How lovely it was to encounter the wonder of his playfulness. A much more freeing experience. I also noted tha the more I embraced the diversity and difference of people, the kinder I was to myself. Or was it perhaps the other way around?

If this was a church that endorsed necromancy, abuse or magic tricks, trust me, I’d be the first through the exit. But not before asking questions. We must always ask questions. And the church always needs to be open to giving feedback. However, Bill Johnson, Bethel’s senior leader, rightly reminded us a few times that it’s not our job to defend us but God’s, and if he doesn’t, then let us be challenged.

These accusations have caused me concern therefore for the unity of the worldwide Church. Alumni students were losing friends. I witnessed strangers move their chair away from me at weddings. People began to distance themselves, be it in the name of defiance that these rumors were real or sheer political opinion. The world was beginning to cut off, shut down and stonewall those who came for the presence of God.

I  had to navigate some challenges myself, when I saw behavior in students that didn’t reflect our theology or teaching. But it wouldn’t be the student sat in the boss’s office, it would be me, arguing why I must allow someone to make their own choices, even if it doesn’t look great for us. My judgement was stalling the hunger of students and that wasn’t an outcome I wanted.

There is no swimming pool. There are no invites to throw up. 911 is on my speed dial, as much as the Bible is at my fingertips. There is no allegiance with any far-right movement, for there are many heated discussions within the staff room, but always ones where we still hold the hand of each other, refusing to buckle to ‘I am right’ syndrome. We strive, instead, to cultivate an atmosphere that accepts difference and mystery, however internally difficult that may be.

As we invite those with accusations to join us for communion, as we ask them to just visit and see it for themselves; there are only so many times we can explain that which, at times, got out of hand. How thankful I am that in a world filled with sham and trickery, I encountered a place that didn’t desire to be right but that still encouraged risk, albeit biblically sound to our human understanding.

May heaven be the place to correct our interpretations one day and, hopefully, while I get to stroke the face of little Olive again, we can quietly but humbly say: “All our lives Lord, we tried to seek you.”

Carrie LloydCarrie Lloyd is the host of ‘The Carrie On…podcast’, journalist, Patreon writer, author and life guide. She resides between her homes in California and Lincolnshire, England. Her latest book, The Legacy Letters (Malcolm Down Publishing) is available now.