I don't agree with all of Bethel's theology. But I'm happy to sing their worship songs

Bethel Church in California has been criticised by conservative Christians for its teaching on miracles, with some worship leaders opting to no longer sing the megachurch's songs on a Sunday. Oliver Nicolson, who sympathises with the critics, explains why he believes its ok to carry on singing modern classics such as 'Living Hope' and 'Goodness of God' 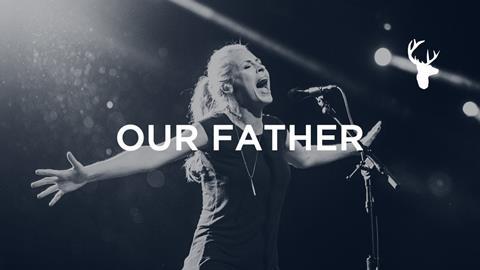 The much-discussed Bethel Church in Redding, California are responsible for recording, producing and releasing some wonderful worship songs, which are sung all over the English speaking world. But Bethel are – in part allegedly, in part indisputably – responsible for some seriously weird stuff as well.

Among the criticisms levelled at them are:

Although they say some great stuff in their statement of faith, Bethel is not a place where I would want a young believer to spend long or accept teaching uncritically. I would be deeply concerned if they accepted The Passion translation as true scripture and built their worldview on it.

But does any of this mean I should delete 'Living Hope', 'The Lion and the Lamb' and 'Goodness of God' from my Spotify playlists, or ban these songs from being sung at our church?

There are some potentially good reasons to do so. Royalties incurred every time we sing these songs go, in part, to fund and further Bethel's ministry. Plus, giving songs “airtime” at our church could lead people into deeper contact with the Bethel's wider theology. We need to consider the impact not just on ourselves but also on “weaker brothers” (Romans 14).

We conservative evangelicals like clear cut, black-and-white decisions. But as my finger hovered over the 'delete' key, I paused for a moment. A friend pointed out that I have a TV licence, and the BBC promotes some seriously wrong stuff. Our church’s CCLI royalties go to all sorts of places (not just Bethel) and we have very little control over that process. Many good Anglican churches pay Parish Share, a fund which is often used to support other churches who might hold very different theological beliefs.

No contemporary singer-songwriter, not even one, is righteous

Everything we do comes from mixed motives and has good and bad effects and side-effects. No contemporary singer-songwriter, not even one, is righteous, even if they write certain songs that are objectively true. The composer and conductor John Rutter describes himself as an "agnostic supporter of the Christian faith" rather than a Christian himself. And yet I know many who have been genuinely blessed by singing his composition of 'The Lord bless you and keep you'. I’m also deeply conscious that so many leaders of my generation in our constituency have done or concealed appalling things. We are in no position to throw stones at the ministries of others.

Furthermore, even if we grant that a well is poisoned, is it not possible for God to redeem the water drawn from it? Many scholars argue that Psalm 29 was originally written in the context of Baal worship, but that the Bible turns it on its head as it redirects praise to the true Lord. Perhaps we are doing something similar if we take an orthodox song from an unorthodox source and use it for good?

And as for shielding people from false teaching, did you hear about this thing called YouTube? I can guarantee that within five minutes of swimming in its algorithmically generated cesspool, the average Christian will have gulped down a mixture of nonsense, heresy and falsehood-masquerading-as-truth (plus cat videos, obviously).  The remedy is not to build an impossible wall to keep the bad stuff out, but to teach the truth, so we are no longer “children, tossed to and fro by the waves”. (Ephesians 4:14)

And so, I come to the only conclusion that I can, which is to agree with what Spurgeon said, in the preface to his hymnbook: “Whatever may be thought of our taste we have used it without prejudice; and a good hymn has not been rejected because of the character of its author, or the heresies of the church in whose hymnal it first occurred; so long as the language and the spirit commended the hymn to our heart we included it, and believe that we have enriched our collection thereby.”

Oliver NicolsonOliver Nicolson is the Head of Music Ministry at Jesmond Parish Church, Newcastle, but writes here in a personal capacity