Exorcisms are on the rise. Here’s what happens during one

The Vatican has announced a rise in people seeking exorcism during the pandemic. But what exactly does the ministry of deliverance entail? Is it biblical? And why is it on the increase? 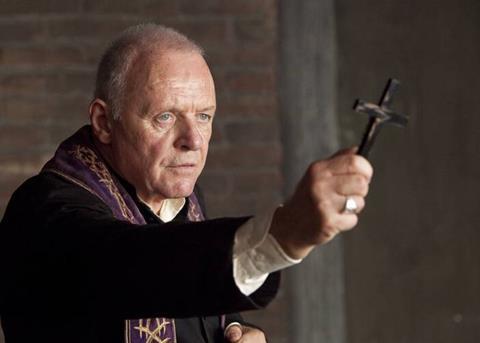 Research shows that when faced with the mass loss of life - either during wars or natural disasters such as the pandemic – there is always an increased interest in the paranormal.

As people have lost loved ones as a result of Covid-19, there has been a rising sense of the fragility of life. And as people have spent more time at home, they have consumed more media and are perhaps more aware of their surroundings.

Starting with Most Haunted in the early 2000s, TV audiences have been provided with an immersive experience of ‘ghost hunting’ from the safety of their own homes. Streaming platforms such as Netflix commission many paranormal-themed programmes and, with algorithms recommending programmes based upon previous viewing, a viewing experience similar to social media bubbles is created. Lately, the narrative of these programmes has shifted away from labelling spirits as ghosts of the departed towards calling them demons. This can be particularly dangerous, especially for those who are psychologically vulnerable and get caught up in the narrative of these shows.

We cannot biblically dismiss the reality of external, personal evil forces diametrically opposed to the kingdom of God

During this time, amateur ‘ghost hunting’ groups have also increased, supported by an industry providing equipment purporting to detect their presence. During lockdown, many who fed upon this media diet were encouraged to engage in ‘ghost hunting’ for themselves. Viewers would post images to Facebook groups for online ‘armchair experts’ to comment on. Inevitably, some would say they could see demons in such photos. Imagine the potential psychological damage!

Exorcism (or ‘deliverance’ as it’s called in the Anglican Church) is a team effort that can include other specialists such as mental healthcare and/or social care specialists, gifted Christians who can discern spiritual presences, scientists (to discern the normal in the paranormal) and even magicians (to catch any potential trickery). It comes in three forms: blessing, minor and major exorcisms.

Blessing means to call down the forces of God upon a person or place. This often involves the local minister coming and performing a blessing (free of charge). The pastoral element of visiting someone’s home, discerning any potential natural elements that may appear paranormal, providing a listening ear and praying a blessing upon the home can be sufficient to allay a person’s fears, enabling the phenomena to disappear quickly.

According to Mark 1:28, Jesus first became famous as an exorcist

Minor exorcism is predominantly used for place, where prayers are said to ask God to deliver a place from any evil that may be residing there. This can also be part of a house blessing where there may be negative spiritual forces at work.

Even in these two forms, one does not leave a person without them feeling listened to and, at the very minimum, having prayed for the easing of the person’s affliction.

Major exorcism is a direct confrontation with evil forces that are discerned to reside either in a place or a person. Unlike the works of fiction writer, Frank Peretti, genuine cases of possession require acts of intention to provide openings for spiritual possession. In the Anglican Church, a major exorcism is performed only with the express permission of the local bishop and is the last resort after a long-term team discernment process. This is definitely not a job for untrained, self-proclaimed exorcists and such characters present a vicarious liability for their church leadership should anything go wrong (as in the cases of Michael Taylor and Anneliese Michel).

Major exorcism is not something to be undertaken lightly, or as a freak show stage event on a Saturday night to satiate the curious. It is the beautiful healing of a person and should be pastorally sensitive, dealing with any psychological and/or spiritual afflictions. For safeguarding, both legally and spiritually, it is never carried out alone.

Deliverance teams utilise various checklists, flowcharts and copious observation notes made when diagnosing cases. These have been developed and tested through the ages and across various Church traditions which, together with other disciplines, provide a team with the best possible way to provide healing and wholeness to those who believe they are afflicted by infernal influences.

Currently, the rationalist-driven perspective rightly seeks to swing the pendulum away from seeing demons around every corner. But for those who are sceptical about the ministry of deliverance, it is worth remembering that Jesus and his disciples regularly cast out demons. In Mark, the first recorded miracle of Jesus is the exorcism of a man with an unclean spirit (Mark 1:21–28). According to Mark 1:28, Jesus first became famous as an exorcist!

Luke 8:2 tell us that Jesus cast out seven demons from Mary Magdalene, and later in the same chapter we are told the famous story of Jesus driving the Gerasene demoniac into a herd of pigs. In Mark 3 Jesus appointed his twelve apostles “to have authority to cast out demons” (v15) and later, we hear reports of their first mission, on which “they cast out many demons and anointed with oil many that were sick and healed them” (Mark 6:13). This continues after Jesus’ ascension: Acts 5:12–16 tells us that people thought they could be healed if Peter’s shadow fell on them. The people brought “the sick and those afflicted with unclean spirits, and they were all healed” (v16).

In dismissing deliverence, we can be in danger of falling into the opposite error - treating possession as pure psychology - as C.S Lewis suggests in his foreword to The Screwtape Letters. We cannot biblically dismiss the reality of external, personal evil forces diametrically opposed to the kingdom of God; ones which actively work against the one who came to bring humans life in all its fullness - in mind, body and spirit.

Jesus treated people with kindness and compassion, whether they believed their issues were spiritual or medical. In the ministry of exorcism and deliverance, we should too.

May God deliver us all from that is evil.

Matthew ArnoldMatthew Arnold is the editor of The Christian Parapsychologist Journal, a publication of the Churches Fellowship for Psychical and Spiritual Studies (churchesfellowship.co.uk) and founder of the Christian paranormal website ghostsghoulsandgod.co.uk