Every election victory is temporary, but God’s kingdom lasts forever 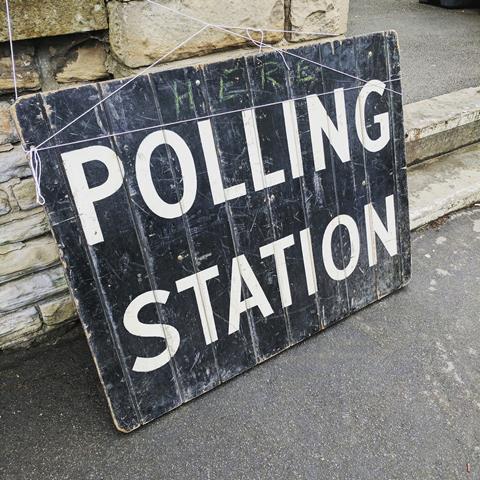 It’s all over, bar the shouting… and there is rather a lot of shouting.

Last Thursday’s elections took until Monday to finish counting and so we now know that, on the whole this was a good election to be in office! In Scotland, the incumbent SNP government did well, in Wales, the incumbent Labour party did well and across much of England the incumbent Conservatives did well.

The main story in town is still the pandemic, the answer to which is the vaccine, and the roll out of the vaccine is going pretty well, so the party of government in whichever corner of the UK you live, is the one getting the credit. That’s not the only explanation for the results, but I think it’s a major factor.

Elections can be a brutal business… especially if you lose. This week, hundreds of people who were councillors, along with some who were members of the Scottish Parliament, the Welsh Senedd and London Assembly, are having to come to terms with the fact that they have now lost their roles. In addition, thousands of people stood for election as challengers but were not successful.

A close friend of mine who lost his seat in parliament a few years ago said that the worst thing about the defeat was that he had lost his identity. Being the local MP was who he was, it defined him. Coping with that was even harder than the challenge of finding a new way of making a living, which was hard enough in itself.

Politicians don’t elicit that much sympathy. It’s thought that we’re basically a tribe of self-serving, dishonest charlatans who just want power for its own sake and aren’t all that interested in caring for their constituents. There are some who fit that bill, but plenty more of all parties that really don’t.

And this is a time where the spotlight is on candidates like never before – one wrong tweet and you’re finished, and even if you haven’t done anything wrong, the opposition can destroy your reputation with a distorted but clever attack on your character.

Never does politics feel more like a mucky business than at election time. So how should Christian politicians behave?

Well, if you win, have a care for those who lost – show kindness and concern towards them in the things you do and say publicly and privately. If you lose, seek to do so with grace – take any bitterness to the Lord and show love and gentleness to those who have won.

All of us will be wise to remember that every set of election results, every new administration, every defeat, every victory… they are all temporary. They will all end up in dust, while God’s kingdom lasts forever. Understanding this will help us to cope better with the heartbreak of defeat and instil some humility and perspective into the hearts of those who win.

And what about the vast majority of Christians who aren’t directly involved in politics?

Well, for one thing we should not disdain or mock those who lose. Psalm 34:18 says that the Lord is near to the broken hearted. So, should we be. Uphold in prayer and in acts of kindness those who grieve following defeat. Maybe we should seek them out in order to do so.

And for those who have been elected – we are encouraged to pray for all who are in authority. So lets pray for wisdom for the winners, and that the Lord would sustain and strengthen those who hold office.

So as the post-election shouting continues, let us be those who remember that behind the bluster, politicians are human beings and that as Christians we need to offer them dignity and compassion in defeat and in victory.