Children from many ethnic communities largely do as well as or better than white pupils, according to a new report. Alun Ebenezer is the headteacher of a Christian school. He explains why he agrees with the chair of the education committee, that the concept of ‘white privilege’ is damaging and should be dropped. 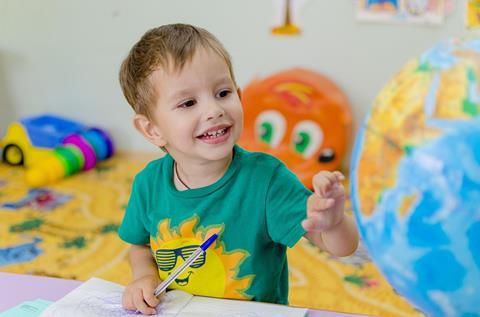 Children are far from equal.

Socially, academically, economically, mentally, physically, they all have different abilities.

Politicians and educators have rightly tried to address this and level the playing field, but in doing so, they have grouped children together and given them labels: Pupil Premium (disadvantaged children who receive additional school funding), BAME (Black, Asian and Minority Ethnic), SEN (Special Educational Needs) and so on. Pressure groups and organisations take up the cause of these different groups. Schools are judged on how they close the gaps for young people under these different labels.

But while it might be neat and tidy to group people like this, it is actually lazy, patronising and leads to further stereotyping. It doesn’t really tell the full story.

Labels can result in some people getting things they don’t need while others get overlooked. According to a report published by the Education Select Committee, some labels have done more harm than good. Committee chairman Robert Halfon MP said, “using divisive concepts like ‘white privilege’ that pits one group against another is damaging.”

The report highlights that not all white children are equally privileged. 47 per cent of free school meal-eligible (FSM) white British pupils did not meet the expected standard of development at the end of the early years foundation stage in 2018/19 – around 28,000 children. In 2019, just 17.7 per cent of FSM-eligible white British pupils achieved at least a strong pass (grade 5 or above) in English and maths at GCSE, compared with 22.5 per cent of all FSM-eligible pupils. This equates to nearly 39,000 pupils.

Other studies confirm that the ethnic group least likely to attend university are state-educated white people. Those who do attend university from that group are mainly middle class, and 57 per cent are female. Disadvantaged white children feel anything but privileged when it comes to education. Furthermore, not everyone within BAME groups are the same. Black African British children outperform white children, whereas black Caribbean children tend to do worse. Chinese girls on free school meals do better than rich white children.

It would seem that, within education, race might not be the best label to use when attempting to tackle inequality after all. At The Fulham Boys School this really came to light during lockdown. We didn’t find our black African boys coped better than our white boys or our Asian boys outperformed our black Caribbean boys. It was that our ‘have nots’ needed way more help and support than our ‘haves’. An even more worrying statistic is that those who take their own life tend to be poor and low-educated.

However, lumping everyone together according to income levels, or class, is also a bit otiose. Pupil Premium didn’t exist when I was in school, but my sisters and I, as ‘dinner ticket kids’, would have fallen under that label today. We would have baulked at the suggestion of being disadvantaged though, and my parents would have found it hurtful; we felt way more privileged than most children in my school.

Furthermore, who decides which labels matter and which don’t? A soap opera recently carried a storyline which depicted a couple having an abortion because their baby had Down’s syndrome. The implication was that the unborn life didn’t matter, and nor do people with Down’s syndrome. In my opinion, this is irresponsible, ignorant and prejudiced. There are Down’s syndrome children growing up in a world with popular TV shows saying you are better off dead. What about the value and rights of people under this ‘label’?

People’s worth is not derived from their label. As a Christian, I believe every child is made in God’s image (Genesis 1:27) and has an intrinsic value and inherent dignity. This means every young person is unique, equal in significance to any other young person, and will therefore be respected and not treated as inferior.

In practice, this means schools should strive to ensure the curriculum, quality of teaching and learning, co-curriculum and sport is outstanding for all our pupils - regardless of ability, social, economic, cultural or ethnic background. It means that our pastoral care should support everyone, particularly those who need it most at any given time, and that families and children who cannot afford trips, visits and resources should be helped. It means that parents must be fully engaged in the lives of the education of their children and that, while the grades our young people get at 16 and 18 are important, they understand that their value and worth does not come down to these alone.

All young people matter. Skin colour, bank balance, postcode, mental and physical ability do not. One of the greatest tennis players of all time, Martina Navratilova, summed it up perfectly: “Labels are for filing. Labels are for clothing. Labels are not for people.”

Alun EbenezerAlun Ebenezer is CEO and executive headmaster of The Fulham Boys School, a speaker, writer and author of three books.