Could Jesus have been married?

The Bible doesn’t answer the question. But it does give us some clues, says Lee Wilson 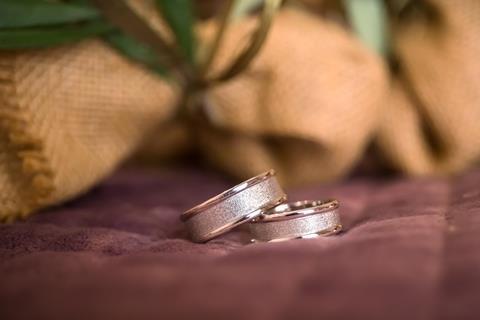 My book, Was Jesus Married? The Case from the New Testament has shocked many people who considered me a mainstream, conservative Christian.

It was a discussion with a family friend that set me on the journey. She pointed out that it was odd how Mary Magdalene traveled with Jesus when theocratic laws were strict concerning men and women who weren’t married to each other having interaction.

I was certain a simple answer existed. All I would have to do is be like the Bereans, who we are told in Acts 17 “examined the Scriptures” to see if what they were told was true.

I started by looking at prophecies concerning the coming of Jesus. I could find nothing that said he would not be married. I did read that he was our perfect and sinless example (1 Peter 2:20-22), so I set out to reason if there was anything inherently sinful or impure about marriage. There isn’t. Instead, the Bible says that marriage was to be “held in honor among all” (Hebrews 13:4) and that marriage was something God “has joined together” (Mark 10:9). God would not join together something that was impure or sinful.

Next, I looked at the days that Jesus walked on earth and noticed something interesting about his inner circle, also known as his disciples. The Bible never mentions whether or not the disciples were married, however there’s a casual reference that Jesus healed Peter’s mother-in-law in Luke’s Gospel (4:38) - meaning Peter was married.

If Peter’s mother-in-law hadn’t been sick, we would have no knowledge whatsoever of the marital status of any of the disciples. And yet we know from the healing story, that at least one of the disciples was married. Using the same logic, might it be possible that Jesus was married, yet the Gospel writers never thought to mention it?

To seek further clarity, I started looking deeply into Jewish history. Through discussion with nearly 34 rabbis (many of whom hold doctoral degrees), I was informed of the seriousness that was placed on the Genesis 9 command to “be fruitful and multiply”. To this day, that commandment is still referred to as a “great mitzvah” (precept) by the Jewish people.

The Mishnah, also known as the Oral Torah, was an authoritative collection of Jewish law along with proper application that had been preserved since Moses disclosed the Ten Commandments. It was expanded into the Talmud as written documentation of Jewish history and laws. In Yevamot 6:6, it says, “A man may not neglect the mitzvah to be fruitful and multiply unless he already has children.”

The Jewish people saw it as their God-commanded duty to marry and have children to multiply their numbers and fulfill the commandment. Rabbi after rabbi in the Talmud states that following this command of God was essential.

While Pharisees regularly tried see Jesus as a lawbreaker, Jesus actually came to “fulfill the law” and to be the perfect lamb of God. He was sinless. If Jesus had not followed God’s command to “be fruitful and multiply,” do we really think that the Pharisees would give him a pass?

The Talmud mentions of hundreds of rabbis, but only two of their wives are cited. Wives were not mentioned, as marriage was a default position in the days of the New Testament, which would explain why the marital status of the disciples and Jesus went unmentioned.

Professor Schalom Ben-Chorin, an author of 31 books on Jewish historical and cultural themes, simplifies it well in Brother Jesus: The Nazarene Through Jewish Eyes: “I am therefore of the opinion that Jesus of Nazareth, just like every rabbi in Israel, was married. His disciples and his opponents would have questioned him if he had deviated from this universal custom.”

There’s one final piece of evidence I’ll mention (but there’s lots more in my book!). During the life of Jesus, burial rules were strict. After someone died, their body would be wrapped in cloth and remain that way for a short time before someone would come and strip the body naked of the cloths in order to anoint it with oils and lessen the smell of death.

Because the body would be stripped naked and there were laws pertaining to sexual immorality, it would not be permissable for a friend to take on this task. According to historian Michael Haag, during the days of Jesus, anointing a man’s naked body after death was a task undertaken by his wife.

Jesus told a crowd, comprised of Pharisees and his own disciples, that Mary (sister of Martha) was saving the oil to anoint his body on the day of his burial (John 12:1-8). In response, the lavish cost of the oil was the only critique. Had Mary not been married to Jesus, both the Pharisees and disciples would object based on moral and legal reasons. It would have been scandalous.

Lee WilsonLee Wilson is the author of Was Jesus Married: The Case From The New Testament and majored in Bible at Freed-Hardeman University and in Theology at Trevecca-Nazarene University.