Banning online anonymity is a seriously bad idea, and could jeopardise our freedom to share the gospel

In the wake of the tragic murder of Sir David Amess, some politicians have suggested ending the ability to be anonymous online. But requiring individuals to verify their identity won’t end online abuse, and it could even put persecuted Christians at risk 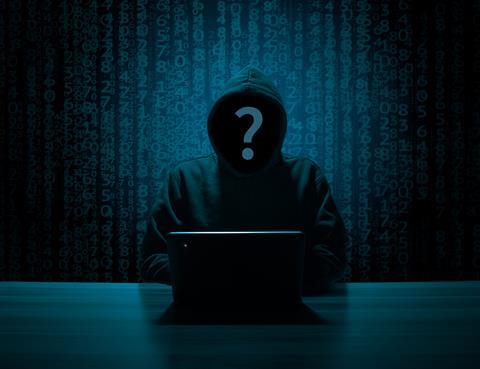 Over the past week, following the tragic murder of Sir David Amess, a number of MPs have declared that they would like to see the end of online anonymity. Being able to hide behind a keyboard allows one to get away with saying some truly awful things, they argue.

Our MPs - especially the female ones - regularly receive abusive messages that threaten physical harm and sexual abuse. And online abuse goes far beyond politicians; it is rampant, and targeted in all directions. There have even been cases of suicides linked to abusive messaging over social media platforms. It is a horrific state of affairs and must be stopped.

But ending online anonymity is not the right tool for the job. It is a blunt instrument that may prevent some online abuse, but will not fix the real issue. Sir David was not killed by an anonymous Twitter troll, he was murdered by an Islamist extremist.

Proposals to end online anonymity should bother us. As the traditional beliefs that many Christians hold become increasingly labelled as ‘hate speech’, the ability to be anonymous online is a useful protection. Its something that I think many of us will value more and more in the future.

Our nation no longer debates, it bickers

Statements like “only women can give birth”, “there are only two genders” and supportive messages for traditional views on marriage between one woman and one man are already getting people fired from their jobs. As employers look to protect their image, they are increasingly clamping down on what their employees say online. And these companies are not firing people for sending a message from the company account, they are firing people for expressing own views on their personal accounts.

This can only happen because the individual in question is identifiable on social media. So how can Christians continue to express their views without fear of losing their job? One answer may lie in online anonymity.

In many rogue states around the world, Christians - and many other minority groups - are being persecuted. In China, citizens can be arrested for saying that Hong Kong should be independent. In many Muslim countries, it is illegal, and often punishable by imprisonment or even death, for someone to convert from Islam to Christianity.

Online anonymity gives Christians living under these regimes somewhere to hide and somewhere to communicate with other believers. It allows curious Muslims to have conversations with Christian evangelists; it allows the gospel to reach further than ever before.

Right now, Christians in the UK are relatively free to express ideas and opinions online. But every power that we hand to this government, we hand to every future government. Do you trust that we will never see a UK government that clamps down on the freedom to communicate the message of the gospel? Ever?

There is another, equally worrying, angle to the end of online anonymity: data protection.

Facebook and its various subsidiaries, such as Instagram and WhatsApp, already know more about you than you do. Unless you have spent significant time and effort amending the privacy and security settings of the social media platforms that you use, they can even monitor what you do outside of those apps. Over 66 per cent of the UK uses Facebook. Demanding that social media companies verify your real identity is to hand them even more data - and therefore power.

Across the globe, billions use WhatsApp for ‘secure messaging’. Yet there are already signs that these platforms are not as ‘secure’ as we may think, and that our data is being harvested for profit. In March 2019, the data of 600 million Facebook users was stolen. A month later, a further 540 million accounts were hacked. And these attacks are occurring more and more often. The recent scandal surrounding Cambridge Analytica and the manipulation of social media data during the Brexit campaigns is just the tip of the iceberg.

If we are forced to verify our identity on social media platforms, our identities are more at risk than ever. Rogue states, like North Korea, Iran and China, are regularly caught out attempting to steal personal data from servers. Why would we want to give them more?

Protecting our right to share the gospel and protecting our personal data are just two of many reasons to protect online anonymity. Ending it won’t prevent abuse, bullying or religious extremists committing murder, but it may have many more serious downsides

So, what should we do to tackle online abuse? The answer is for the Church, and Christians everywhere, to set an example.

Over the past decade, our nation has become more and more polarised. Elections, referendums and refugee crises have seen people head to the extreme left and right politically. Our nation no longer debates, it bickers.

David TaylorDavid is a PR professional and Social Media advisor who is passionate about how Christians can be encouraged to use the internet for good. He has previously worked in politics, representing faith groups to political parties and local government.