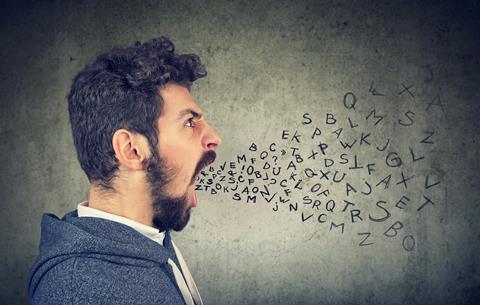 Growing up in a small rural community, I was raised in a quintessentially American culture saturated with what we call “cracker barrel wisdom”. A thorough education of cheeky quotes, double entendre, and eyebrow-raising epithets make up a hefty portion of my childhood memories.

Decades after moving away, I still remember the quote one of my school teachers had on their desk: “God gave you two ears and one mouth for a good reason!”. Ironically, that teacher was one of the worst listeners I’ve ever encountered – “Do as I say, not as I do”, I suppose!

Today, social media gives us a lot more than one mouth; we are rewarded for the slightest, most innocuous things “said” online, while a lifetime of listening may go completely unnoticed.

A wealth of research on human communication indicates 1) it’s really difficult to communicate at a high level on a consistent basis; 2) most of us are nowhere near that level on an inconsistent basis. The modern world’s love affair with memes, sound bytes, and emojis continues to muddy the water.

Just look at what happened at the Olympics this year. Over 11,000 athletes from around the world competed in Japan. These are individual, uniquely complex personalities with a wealth of life experience, diverse cultural backgrounds, religious perspectives, and social views. They have dedicated their lives for this one moment. But it only takes one sound byte to bring the Twitterverse into a battle about whether or not Simone Biles was right to pull out of competition. Some commentators even suggested the athletes were bored, after a photo of Tom Daley was posted completely out of context. False narratives fly out at the speed of light.

An interesting question arises for the Christian: doesn’t our relationship with and commitment to Jesus Christ require us to resist the urge to publicly present rash judgements, especially when those judgements can lead to the harm and detriment of others?

A fascinating recent study out of King’s College London reveals that the UK is split on whether or not being called “woke” is an insult or compliment. The really interesting part is that the study also indicates that most people surveyed had little to no knowledge of the phrases “cancel culture” or “culture wars” despite a surge in related media coverage – just 21 articles from UK periodicals focused on related topics in 2015, compared to over 500 in 2021.

Here in the US, similar studies abound. James Davison Hunter, the American who coined the term “culture wars”, was quoted in a May 2021 Politico interview: “One — probably the most prevalent way—is to think of it as a political battle over certain kinds of cultural issues, like abortion, sexuality, family values, church-state issues, and so on. … But the bigger issue is about the cultures that underwrite our politics, and the ways in which our politics become reflections of deeper cultural dispositions—not just attitudes and values—that go beyond our ability to reason about them.”

Instead of truly listening and learning about the nuance represented within a word, most of us double down

Instead of working to understand a specific term or concept, we are more than prepared to champion or demonise via subjective filtering through a chosen worldview. Instead of truly listening and learning about the nuance, background, and earnest desires represented within a word or thought, most of us are more than willing to merely double down on vague suspicions, grinding an axe with our many straw men.

Does the Bible have anything to say about this phenomenon? What kinds of examples can we pull from Christ’s life? In fact, there are many. Throughout the Old Testament, wisdom and goodness are associated with observation and good listening skills. In one of the most famous examples, wise King Solomon carefully addresses two women equally claiming to be the mother of a child. From his astute observation, listening, and empathising, he creates his famous proposal to split the child in two, understanding that the true mother would have a visceral, violent reaction to this suggestion. He is not making this proposal from some vague stereotypical assumption about mothers and children. That would not have been true wisdom, and in fact would have been the opposite. His decision came from a lifetime of helping and hearing people, and humbling oneself enough to learn.

Jesus Christ is a profound example of listening as healing

Jesus Christ is a profound example of listening as healing. So many hurting people came to him to be healed, but they were also heard. Repeatedly, Christ gives voice to women, the diseased, the impoverished, and children. Truthfully, the healing also often includes admonishment (“Your sins are forgiven, go and sin no more”), but there is so much gentleness in the intense experience of being truly heard that these biblical characters are open to his message.

People are still hurting today. Christians have the opportunity to give so much simply by listening. Words are creating false divisions in our communities, and we need wise and empathetic approaches to communication more than ever. Christ lived in a way that clearly indicates his desire for those who follow him to listen, while acknowledging how difficult and humbling that can be. “For my yoke is easy, and my burden is light.”