Against the odds: How Creation Fest overcame a global pandemic, 75mph winds and a £100,000 deficit

Creation Fest almost didn’t happen this year. But when it did, coming together as Christians felt more vital than ever, says Emma Fowle 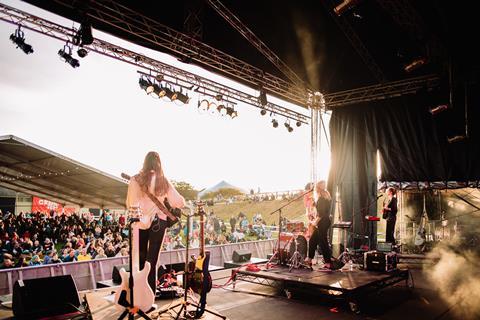 As I stood in front of the Creation Fest outdoor stage this past weekend, the sun just starting to drop behind the horizon and the sky beginning to turn a beautiful burnt orange, I fought back tears.

Looking across the field, hundreds of smiling faces were turned upwards, arms were outstretched and the sound of singing filled the air.

I didn’t realise how much I had needed this moment, how much I had missed this communal worship. And the realisation of how close we had come to not making it suddenly hit me.

Creation Fest, like almost every other festival in the country, did not happen in 2020.

When the pandemic hit, I was volunteering three days a week for the ministry that runs the annual festival in Cornwall. We hit the pause button, waited, prayed and, eventually, like everyone else, moved online.

As we re-grouped at the beginning of 2021, we felt God stirring our hearts once more. A voice began to whisper to us: ‘Hope is here!’ We knew the Church was tired. People were isolated, weary and battle-worn. Both those who know Jesus and those still seeking him needed to hear a message of hope, perhaps now more than ever. Our calling, to celebrate the good news of the God who loves us, was as vital as it had ever been.

When we decided to go ahead with a summer 2021 event, none of us anticipated how hard it would be. I wonder, if we had, if we’d have chosen it at all? Plans changed so many times we all lost count. As my friend Jon said to me, there wasn’t just a Plan A and a Plan B but a C, D, E and F too – all of which had to be costed, mapped out, communicated to trustees, prayed into… it was exhausting for the whole team. Then, in mid-June, a £100,000 funding gap was identified. It felt like the end. And yet, somehow, Creation Fest survived.

For 2021, our Covid-safe, scaled-back plans revolved around an outdoor stage. It was the first time we’d opted for an outdoor set up in over ten years. So as this past weekend drew closer and the sun shone, we thanked God for the grace of good weather.

Then, the night before the gates opened, Storm Evert hit.

To survive the 75mph winds, the roof of the outdoor stage was dropped. Flag poles and bunting came down and campers moved into the sheds across site to shelter from the storm. We awoke on Friday morning to collapsed tents, people sleeping in cars and our Information marquees uprooted and blown across the field. We moved our morning meetings inside and prayed for winds to subside. Finally, as the sun began to break through mid-afternoon, we reassembled. Our main stage opened at 7pm. From the first note that the worship band struck, we were all in. We were so ready to worship together. 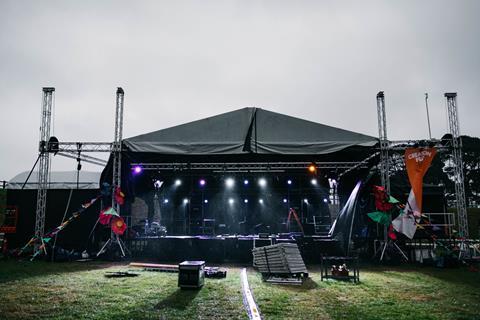 Sometimes, in the quiet spaces of this past year, I admit that I have wondered if it was too hard. If running a festival in a field in Cornwall - that exists against the odds and survives on a shoestring even at the best of times - was possible this year; if it was worth all of the stress and strain and heartache that I watched my friends and co-workers wrestling with. But then, that first night, as I stood in a field with actual people, I realised: it is hard. But, with God, it is possible. And it’s always so much more worth it than we’ll ever know.

I grew up on the Essex edge of London and went to a church with a thriving youth group, in a town with several other large-ish churches, all with youth groups of their own. We came together regularly and I often went to events with other Christian kids. When I moved to Cornwall 16 years ago, I had no idea what it was like to grow up in the country, in an area where night buses and tube trains and regular, reliable public transport does not exist. The rural church is small, isolated, far from large events and gatherings. Christian kids here often don’t know anyone else their own age who also loves Jesus. They do not gather with other Christians, and miss that fanning into flame that happens when we come together, and the encouragement that comes from having someone to walk alongside you in your faith.

Creation Fest started as a one-day outreach event to the surf and skate community in Woolacombe, Devon. Over the years it grew, eventually moving to the Royal Cornwall Events Centre in Wadebridge. It would, the original team agreed, have been much easier to base the event somewhere else in England, to charge more and grow it quicker. As it is, it remains completely free to attend as a day visitor, and camping costs are kept as low as possible to make it affordable for the local church, who live in one of the poorest counties in the UK. As a result, it draws an eclectic mix: skaters, families, music lovers, those on the fringes of the Church community and those who love Jesus with all their hearts. Because it’s free, people come for the fun and, hopefully, stay to hear the good news of the God who loves them. 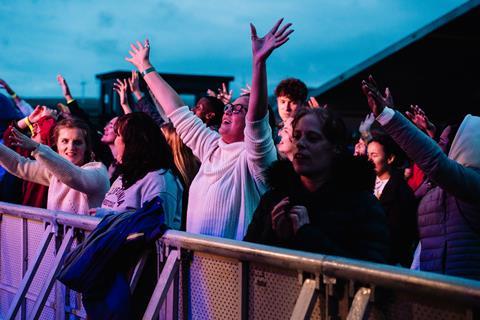 I didn’t realise how much I had missed communal worship

For the young people of our county and those on the fringes, Creation Fest is a vital beacon of hope, a place where the gospel is clearly communicated with creativity and joy. For the church in the South West, it is an oasis in the desert, a place to come together and be refreshed, encouraged and inspired.

Two years since we last gathered together, all of this felt truer last weekend than ever before. Despite all of the heartache, pain and uncertainty of the past year, to stand in a field and sing songs of praise to God with hundreds of other Christians is a privilege and a blessing that I will never again take for granted.