A respected Christian leader has been caught in serious sin. Now what?

When the sins of church leaders are exposed, it leads to difficult questions around restoration and safeguarding, says Jonathan Edwards 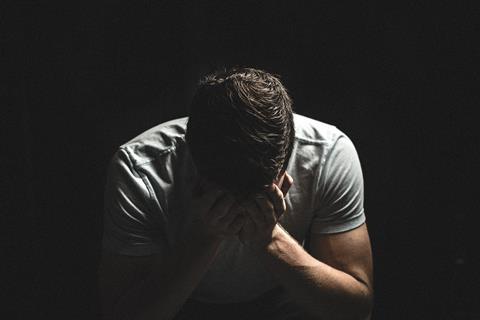 In recent years we have seen a tragic procession of Christian leaders failing in spectacular ways.

Most recently, the removal of Dante Bowe from popular worship band Maverick City has generated headlines. Because the details on what took place are sparse, it has led to widespread speculation. At this point, we only know that Dante’s behaviour was reportedly “inconsistent” with Maverick City’s “values and beliefs”. The singer made a public apology on Instagram "for the impact of my behaviour and that it has offended many people on the platform we share together.” But that post has since been removed.

The news about Bowe follows multiple other scandals in the Church. The names of Jean Vanier, John Smyth, Jonathan Fletcher and Ravi Zacharias are now infamous. These were all hugely respected Christian leaders until the truth came out about their sins of abuse and sexual immorality. We all winced and shared in a collective and deep sigh.

We all feel a very great sadness and anger at these things, but how should the church respond? Should we simply forgive and move on (as some are now saying about Dante Bowe), or should there be life-long penalties for Christian leaders who slip up?

These are agonising questions, but they are important ones and it is vital for us to reflect upon the issues involved.

All sin separates us from God. But not all sin should be handled the same way. A pastor who has a momentary lapse in self control and raises his voice in anger towards his children need not be disciplined in the same way as a pastor who consistently cheats on his taxes every year. We do not know the details of what has gone on in the case of Dante Bowe, and those details would almost certainly have considerable bearing on deciding how best to respond to his misdemeanors. We should pray for those close to him, who will be tasked with making such decisions and speaking into his life.

In general, how should we respond when leaders fall?

It seems to me that the least appropriate response is to be surprised. Why should sin surprise us? We are all sinners and know how deceitful we can all be. We should definitely be disappointed and regretful, but surprise suggests that we haven’t fully understood the presence of sin in everyone including the most illustrious Christian leaders. Perhaps our surprise at the failure of Christian leaders suggests that we have allowed ourselves to put them on a pedestal. We should have remembered that they are human just like us, and to exalt them to another plane is to be unfair to them and horribly misleading to ourselves.

Whenever Christians hear about sin we immediately think of God’s amazing gift of forgiveness. We rejoice that God is able to remove our sins from us, as far as the east is from the west. He is able to set us free to live a life free of the taint and guilt of sin. We sing confidently about the gift of forgiveness and give thanks to God for the wonder of it. All of this might well suggest that once an individual has confessed and forgiveness been received, we can all move on and leave the sin and offences behind us. But that is not the case, and this is the tricky bit.

Why forgiveness is not the issue

Let’s be very clear. When God forgives us, he does a complete job. We are totally forgiven. But the problem is that God’s gift of forgiveness does not relieve us of our inclination to sin. Sadly, we go on being sinners even after we’ve been forgiven. So when someone has been guilty of embezzlement, although we need never doubt God’s gift of forgiveness, it would normally be felt inappropriate to give that person financial responsibilities. And when someone abuses a young person we are obliged by law to ensure that they do not have further involvement in youth leadership. It would be both unloving to the individual to put them in the way of temptation, as well as irresponsible to the people they might defraud or abuse.

churches need to make decisions which ensure that people are kept safe, and are protected from all potential threats

All of this means that very difficult decisions need to be taken when a Christian leader slips up. Of course we want them to repent and find forgiveness. The goal must always be restoration. But the church has responsibilities and society will always look at us with extreme care to ensure that we are discharging those responsibilities appropriately. Time and again church authorities have been found to be wanting in this. In the name of forgiveness, abusers have often been allowed to move on to another church or organisation where they have perpetrated more abuse. For the good name of the church and of Christ himself, churches need to make decisions which ensure that people are kept safe, and are protected from all potential threats.

In recent years every church and charity has tightened its policies. This is good news but we dare not relax. We need to ensure that those excellent policies drive the way in which we live and work. We need to stay humble and recall that, as sinners, we are all capable of slipping up. When the apostle Paul wrote to the Galatians, he gave them splendidly clear instructions as to what to do when a brother or sister Christian sinned. He told them to “gently and humbly help that person back on to the right path.” (Galatians 6:1) But, in doing so, he warned them to be careful not to fall into the same temptation themselves.

When we hear that yet another Christian leader has slipped up I urge you not to waste any energy on being surprised. But let’s ensure that the sadness that we feel drives us to pray with a passion for the individual and those who will have been damaged by their misdemeanour. And then we need to focus our prayers on those who have the incredibly difficult task of working out how the church or charity should respond to the crisis. We need to pray that their response will be full of love, care, compassion and protection for the individual who has sinned and, most especially, for all those who have been harmed by their sin.

Jonathan EdwardsJonathan Edwards is Premier’s ambassador to churches. He writes the daily devotionals for Premier's Voice of Hope magazine and Premier Radio's Be Still and Know slot. He was formerly the general secretary of the Baptist Union of Great Britain.