Dante Bowe has been dropped by Maverick City. Here’s what we know so far

The popular worship collective Maverick City has cut ties with singer Dante Bowe. In a statement the band said Dante’s behaviour had been “inconsistent” with their “values and beliefs”. As fans are left confused and speculation mounts online, Heather Tomlinson reports on what we know so far, and suggests what a truly Christian response should look like 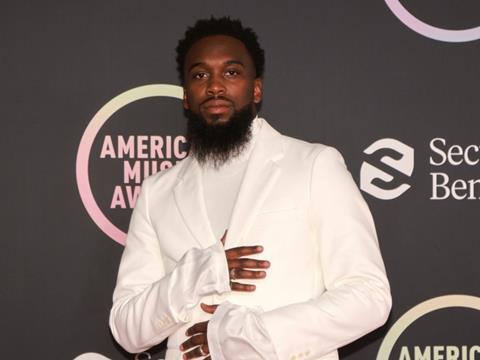 The parting of Christian music star Dante Bowe from popular worship collective Maverick City has provoked considerable speculation on social media as to the reasons why. The vagueness of the public announcement leaves a lot to the imagination.

A number of commentators - sticking to what is public knowledge - have attributed the split to some of Bowe’s recent social media posts and interviews.

When Dante praised Bad Bunny and Lil Nas X, rappers with a reputation for the risqué, it prompted a backlash among some fans of the band. Similarly, social media posts of him dancing to songs with overtly sexual lyrics have attracted criticism in recent weeks. Maverick City’s use of the word “nuance” in its statement might suggest that this kind of behaviour caused the split.

“Due to behaviour that is inconsistent with our core values and beliefs, we have decided to put a pause on our professional relationship with Dante Bowe,” the statement said. “Decisions like these are not easy because of the level of nuance, both professionally and personally, but we felt it necessary to address.”

However nuanced, it hasn’t stopped speculation as to whether more serious behaviour is involved, which has been more typical of the evangelical celebrity circuit in recent years.

Bowe’s only public comment suggests less serious reasons. Before his Instagram was made private, he posted a photo of himself with the caption: “In light of recent events and opinions, I’ve talked to some of the wisest leaders and brothers around me. I’ll be taking time off social media to rest mentally and physically.

“Years ago, when I dreamt of all I would accomplish one day, I didn’t account for the pressure and opinions that would come with it. It’s important for everyone to know when to step back and refocus. Hope y’all understand and support. I’ll hit you up when I’m back. Love you guys! This is for the best.”

Bowe’s fame has risen meteorically since his debut single in 2017, with several Grammy nominations and a promising modelling career (he was hand-picked for Tommy Hilfiger’s catwalk) giving him a substantial platform. He’s previously performed at the UK’s Big Church Day Out and collaborated with Bethel Music – although his name is now conspicuously absent from its website’s list of artists.

He seemed aware of the dangers of fame. “No one’s worthy of a pedestal,” he said in an interview with Premier Christianity earlier this year. “It’s only God who can heal and save and restore. People are cool to be inspired by but not to idolise, as if they’re incapable of flaw. So being famous for being a Christian is ridiculous. We’re all just trying to live a life that’s pleasing to him.”

He also described picking up unwanted celebrity traits, such as expecting others to open the door for him.

How many Christian artists present a facade, while living a more worldly lifestyle in secret?

Social media is full of speculation and gossip, with some alleging far more serious misdemeanors. But it’s also divided on what our response should be. On the one hand, there is a lot of love and support, including in the statement from Maverick City itself, who said: “Dante is a brother in Christ and as such he has our full commitment and unwavering support as he continues to navigate his path forward. Each of us need God’s grace, and our hope is that we all pray and give him the same opportunity to grow in Christ as we give ourselves.”

On the other, there has been a lot of pointing out his flaws and mistakes. US pastor and social media star Marcus Rogers has been an outspoken critic of Maverick City and Dante Bowe for some time. Last year he criticised Bowe for posting a video with swearing in it. “Just because they sing good, just because it looks like they’re blessed, just because they got followers, millions of views, doesn’t mean they’re right with God,” he said in that YouTube video. “Problem is with American Christianity it’s all about business it’s all about connections, it’s all about trying to be cool - and we’ve gotten away from standing on what the word of God says.”

Certainly if you’re trying to make the evangelical “market” happy, then high standards of moral behaviour are required. But how many Christian artists present a facade, while still living a more worldly lifestyle in secret? Or how many are publicly “righteous,” managing not to swear or act in a raunchy manner – yet are arrogant, selfish and unloving behind the scenes? The answers are only known to those who are close to the person, so there is little benefit in judging from afar. But we should be mindful that there is no assurance that a celebrity is a good Christian just because they tick boxes which have been created by an evangelical subculture.

A better approach is surely to recognise the gifts of worship musicians and pastors, but resist putting them on any pedestal. In my own experience of interviewing Church “celebrities,” their behaviour is often not particularly Christ-like. So we should not be surprised if this becomes better known.

The only Christians that we can ever see Christ in – or not – are those we know personally in our day to day lives.