Tim Montgomerie: The Christian Conservative on why he no longer supports Boris Johnson

The co-founder of the Conservative Christian Fellowship Tim Montgomerie shares his testimony with Tim Farron, and explains why, despite helping to put Boris Johnson in Number 10, he can no longer back the PM 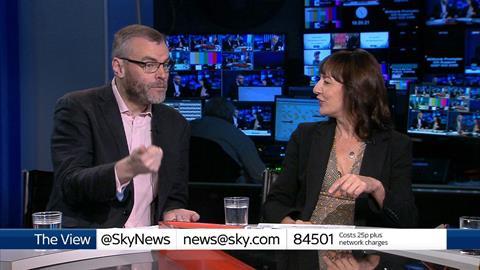 You strongly supported leaving the European Union, and you support the Conservative Party. So we might expect you to be a supporter of Boris Johnson. Is that still the case?

This has been one of the hardest political chapters of my life.

Not only did I support Boris Johnson, I actually worked with him over the years to help him become Prime Minister. And I did so in full knowledge of some aspects of his personal life, which as a Christian I knew was wrong. But the best person to be Prime Minister isn’t necessarily a saint. There are plenty of people throughout national and international life who have just as flawed, fallen, personal lives, who nevertheless turn out to be good leaders.

I knew Boris Johnson’s flaws when I and others put him in office. But while I think you can allow for brokenness in leaders, I think, it gets to a point where there’s not just brokenness, but a refusal to even acknowledge that it is brokenness. Patterns of behaviour that the person seems completely immersed in and not able to break, or not willing to break.

It may well have been that he was able to beat Jeremy Corbyn and get Brexit over the line in December 2019 in a way that no other Conservative leader was able to do. And I will always be grateful for that. But it’s almost as if that victory against the odds has given him a belief that he can almost walk on water.

The behaviour that he exhibited when he was Mayor of London - which gave me a lot of encouragement - when he built a team around him of heavyweights and listened to them…he hasn’t done the same in Downing Street. There is an arrogance there, I’m afraid, coupled with patterns of behaviour that I think have produced the sorry mess we’re all too familiar with now.

Should we just forgive him, or does he need to go?

It's one thing to fail. The other thing is to cover it up. I think that’s what has upset a lot of people. I think the British people are actually quite a forgiving people - they are willing to indulge a failure or two because they know that 'there but for the grace of God go I’. It’s the repeated failures and the refusal to acknowledge them that’s the problem.

Every decision Boris Johnson is taking at the moment, whether it’s on Russia or anything else, is being seen as part of a survival bid and part of his attempt to curry favour with his own backbench MPs. So he’s not taking these decisions in the interests of the country. So that’s an extra reason why on balance, I feel he probably does need to go.

You became interested in politics before you became a Christian. Tell me how that came about

My first strong political memory is from 1981 when I was 11 years old. The big debate then in the United Kingdom was about the stationing of nuclear weapons in Britain. My teacher told me that nuclear weapons were an evil thing. And impressionable young thing that I was, I went home to tell my Dad, how ashamed I was of him. He was a serving soldier at the time, and we were living in Germany. He very patiently introduced me to the idea of nuclear deterrents. And I was persuaded by him. I complained to my teacher the next day, but that’s another story.

I can remember this lady on the television with big hair and a handbag and a blue suit who fascinated me. And I think from there on in, I became a Conservative. 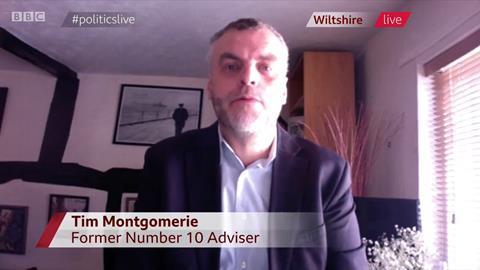 You were the one who persuaded your family to go to church, weren’t you?

Apparently I came home from school one day when I was eight or nine, and said, “why don’t we go to church? I think we should.”

I don’t know whether I was a bossy little child, or my parents were just trying to accommodate me, but we started regularly going to a local Anglican church. I was quite ill at this church because the incense used to really aggravate me. But we kept at it for a number of years. I wouldn’t say we were committed Christians at all. It was just something we did almost as a social thing. But that’s how it started.

When did you make a personal commitment?

We went to a Sunday afternoon meeting of something called The Soldiers’ and Airmen’s Scripture Readers Association (SASRA). At one meeting John Murray, a Baptist, gave an evangelistic talk in which the central message was that which CS Lewis had presented. He asked people to decide for themselves, who was Jesus? Mad, bad or the Son of God?

We’re not a particularly demonstrative family. We’re not the sort of family you’d expect to go to the front of a hall or anything when a call is made. But we all went forward that day. And I don’t think we’ve ever looked back since.

You had a sense of conflict, thinking you might have to drop the politics because of your faith.

Yes, there’s an attitude which Christians have, and I can understand it, that politics can be a messy business.

I think a lot of Christians are very good at praying for those in authority. But certainly many Conservative MPs I know actually find going to church quite hard work, because a lot of their fellow believers don’t seem to recognise the compromises they have to make. 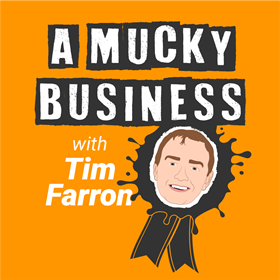 But I realised that we are called to be in the world and we are all commanded to love our neighbours. Yes politics is a messy business. But actually, the work that politicians do, either by omission or commission, is an incredibly important way that we can help or hinder those whom we share this planet with.

It was really the example of William Wilberforce which showed me how Christians can be involved in politics and make a difference - and not to be so purist that you can’t be used this side of heaven.

This interview was first broadcast on Tim Farron's 'A Mucky Business' podcast. Download it here