“I was walking along the Boulevard du Montparnasse when I saw a café table on which was a glass of beer and behind it sitting a Russian nun in full monastic robes. I looked at her and decided that I would never go near that woman.”

Mother Maria, later known as Saint Maria of Paris – who was married twice, divorced twice and had three children by two different men – has since been recognised by Israel’s official memorial to the victims of the Holocaust as one of the ‘Righteous Among the Gentiles’. 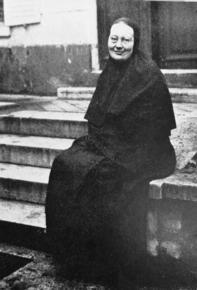 Born into an aristocratic Orthodox Christian family in Russia, following the 1917 Revolution she fled to Paris, where she scraped a living sewing, making dolls and painting silk scarves. After her daughter died of meningitis, Maria believed God was calling her to serve the poor and became a ‘revolutionary nun’ – taking the veil yet remaining in the world.

Mother Maria opened a refuge in Paris for people in need and was soon feeding up to one hundred people daily.

“At the Last Judgment, I shall not be asked how many bows I made before the divine altar,” she wrote. “Instead I shall be asked whether I fed the hungry, clothed the naked, visited the sick and the prisoner in his jail.”

On 14 June 1940 Paris fell to the German army. Instantly, life changed for the worse.

Maria had no illusions about Nazism. “If the worst comes to the worst,” she wrote, “the Germans will shut me up in a concentration camp.”

When she heard that Jews in the nearby Compiègne internment camp were being singled out for barbaric treatment, Mother Maria worked with the Resistance, collecting food and smuggling it into the camp.

In March 1942, Adolf Eichmann ordered all Jews aged over six to wear the yellow Star of David. “If we were true Christians we would all wear the star,” Maria responded.

In July 1942 the mass arrest of the Jews of Paris began. Some 6,900 were taken to the Vélodrome d’Hiver stadium, near the Eiffel Tower, 4,051 of them were children.

Courageously, Maria went to help, distributing food she was able to take in. She even managed to rescue a few children, persuading refuse-collectors to smuggle them out, concealed in rubbish bins.

In February 1942 the Gestapo arrested Mother Maria for aiding the Jews.

“You brought your daughter up badly!” the Nazi officer taunted her 80-year-old mother. “All she does is help Jews!”

“My daughter is a true Christian,” responded the old lady. “For her there is neither Greek nor Jew.”

Maria was also taken to Compiègne, and from there by railway truck to Ravensbrück concentration camp, where she was tattooed with the number 19263.

Maria soon became the same beacon of hope at Ravensbrück that she had been in Paris. In the midst of the horror, she organised evening prayers, reading to fellow prisoners from the Gospels. “I don’t know what Mother Maria said to them,” a fellow prisoner remembered, “but they would go off radiant.”

At Easter 1944, Maria decorated the windows of her block with decoupage made from white paper. “Christ is risen!” she told her fellow prisoners.

Mother Maria took particular care of the younger women. “She was full of good cheer…We were woken at three in the morning and had to stand out in the open in the middle of winter until all the barracks were counted. “She would say, ‘Well that’s that, yet another day completed. And tomorrow will be the same all over again. But one fine day the time will come for all of this to end.”’

By March 1945, Maria was so weak that she had to lie down between roll-calls. She twice survived selection for death.

However, on Good Friday 1945 she was unable to rise. Her glasses were taken from her and she was led to the gas chamber. 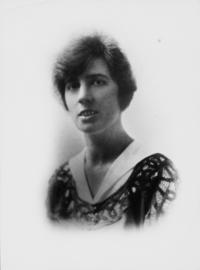 Elsie Tilney, a missionary from Ipswich, had been working in Paris when the Germans invaded. She was interned at Vittel, France – today a Club Med resort but at that time surrounded by barbed wire.

Jews from Poland had also been sent to Vittel prior to being transported to death camps in the East. Elsie hid a young Polish Jew in her bathroom for months, until the camp was liberated at the end of the war. She is another ‘unsung heroine’, whose story has only recently come to light.

Another unlikely rescuer of Jews was Don Bruno, a Catholic priest, who before the war had devoted himself to researching early Christian writers.

When he saw the perilous situation of Jews in his native Belgium, he abandoned his studies and spent much of the war finding secret hiding-places in 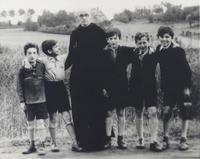 monasteries, convents, churches and family homes for hundreds of Jewish children whose parents had been transported to death camps in Eastern Europe.

Despite the constant danger, Don Bruno was tireless in criss-crossing the country on his bicycle, locating children, taking them to a place of safety – then visiting them to ensure they were well looked after.

With a group of Dutch Christians, Joop Westerweel succeeded in smuggling between 200 and 300 Jews across Belgium and France to safety in neutral Switzerland and Spain.

In 1944 he was executed by the Nazis. He believed he was obeying Jesus’ words: “Those who find their life will lose it, and those who lose their life for my sake will find it” (Matthew 10:39, nrsv).

While some Christians chose to stand with suffering Jews, many more chose to look away in silence, knowingly or unknowingly following twenty centuries of anti-Semitism.

Over the course of World War II at least 11 million died in the concentration and death camp system. The Nazis murdered approximately six million Jews and at least five million non-Jews. More than one million children were murdered, many new-born or unborn.

It is vital that these figures are recorded and remembered, and especially this year – 75 years after the liberation of Auschwitz, at a time when anti-Semitism is yet again being widely experienced.