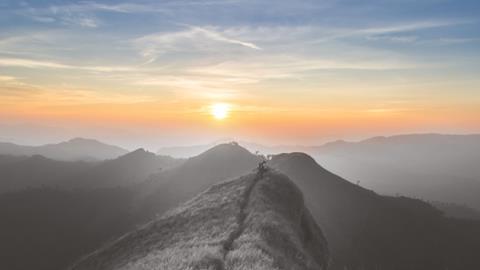 RT Kendall answers: What’s the point in being a Christian?

Following Jesus means walking a narrow road, filled with difficulty and suffering. But we persevere because of the promise of heaven, says RT Kendall

I still remember the exact words spoken by Jay, the first person I ever baptised at Westminster Chapel: “Before I became a Christian, I was a happy man.”

Jay was a Jewish businessman from Los Angeles. He’d come to our church after his secretary invited him. On the week that Jay attended, my sermon was entitled ‘There must be a heaven somewhere’. The title was taken from the words of an old spiritual that came out of the American Deep South in the 19th Century.

That day, Jay heard the message that heaven was real and that, through faith in Christ, he could go there when he died. He chose to become a Christian. When, two years later, he said: “Before I became a Christian, I was a happy man”, he wasn’t complaining. He was not sorry he became a Christian. But his profession of Christ had resulted in persecution and rejection from family and friends. He accepted Christ in spite of it causing him personal pain.

So, if choosing to follow Jesus is comparable to walking down a “narrow road” (Matthew 7:14) and often brings with it pain and rejection in this life, then why bother with it at all?

When I ask believers why they want other people to become Christians, I’m often given reasons such as: “they will be happier”, “their lives will change” or “they will be better off”. The apostle Paul saw things very differently. He wrote: “If in Christ we have hope in this life only, we are of all people most to be pitied” (1 Corinthians 15:19, ESV).

Pitied. Laughed at. Regarded as empty-headed. Stupid. Out of touch. That, says Paul, is the way people should regard us if the Christian faith is only for the here and now.

Let us imagine that you are going to preach a sermon at the Royal Albert Hall. You decide to let a friend give his testimony just before the talk and he says: “Before I became a Christian, I was a happy man.” Or suppose the apostle Paul himself is quoted as an example, saying how, since he has been a Christian he has had “far more imprisonments, with countless beatings, and often near death. Five times I received at the hands of the Jews the forty lashes less one. Three times I have been beaten with rods. Once I was stoned. Three times I was shipwrecked; for a night and a day I was adrift at sea…many a sleepless night, in hunger and thirst, often without food, in cold and exposure” (2 Corinthians 11:23-27, ESV).

Why be a Christian if there is no heaven or no hell? Paul would almost certainly answer: “There is no good reason.”

Can’t you just hear the audience exclaiming: “Wow! I can’t wait to be a Christian! Where do I sign up?”

Why be a Christian if there is no heaven or no hell? Paul would almost certainly answer: “There is no good reason.”

For the black slaves who wrote the spirituals that inspired my sermon the day Jay visited, it could only have been the promise of heaven, a future day when there would be “‘no more death’ or mourning or crying or pain” (Revelation 21:4) that would be powerful enough to draw them to the cross of Calvary. It is a true miracle that any black slave in the cotton fields of Georgia, Alabama or Mississippi, enduring such cruel treatment at the hands of their ruthless white owners without any prospect of justice or liberation in this life, would ever become a Christian. They were gripped by the concept of heaven and looked forward to the day when God would “wipe every tear from their eyes” (Revelation 21:4).

There remains an important question, one that many – including me – don’t like to face. What about those who reject the message of Jesus or don’t believe it? Is there a consequence? Does it really matter? 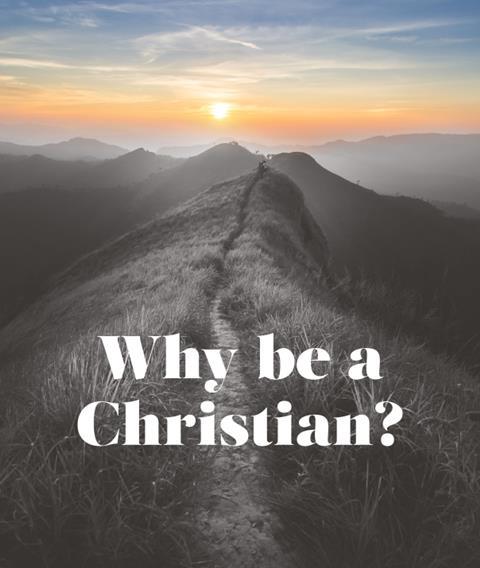 I have been more troubled over this issue in my lifetime than any other. Eventually, for me, it came down to this: am I to be governed by the Bible or by what I wish were true? I decided to believe the Bible, whether or not I like what it teaches.

It seems reasonable to begin with John 3:16, sometimes called ‘the Bible in a nutshell’: “For God so loved the world, that he gave his only Son, that whoever believes in him should not perish but have eternal life” (ESV). This verse shows that there is a consequence for those who do not believe; they will “perish”. There is much that can be said regarding the meaning of appolumai – “perish”. The Greek word may be taken more than one way. If it means utter annihilation, then perishing means no everlasting consciousness for the unsaved. If it means “wasted”, as in the case of the expensive perfume (Mark 14:4), perish may not mean annihilation. But in either case there is a negative consequence for those who do not believe the gospel.

But why does God require us to believe, in order for us not to perish? Why put in place a condition, namely, faith? There seems to be at least two reasons: First, it was God’s idea: “It pleased God through the folly of what we preach to save those who believe” (1 Corinthians 1:21, ESV). Secondly, the wrath of God. Those who do not believe in the Son are “condemned already” (John 3:18). This partly explains “should not perish” in John 3:16; the implication being that perishing had already been their destiny. After all, “the wrath of God remains on him” who does not believe (John 3:36, ESV).

It is easy to forget that the first message of the New Testament was about the wrath of God. John the Baptist asked this question, addressing Jews who travelled 20 miles from Jerusalem – on camels or walking – to hear him preach. “Who warned you to flee from the wrath to come?” he asked in Matthew 3:7 (ESV). This verse implies at least four things: 1) Someone could have warned them before John the Baptist did. John did not invent the idea of God’s wrath; it was an assumption in Israelite teaching. It would seem that those who could have warned people did not do this. 2) Someone should have warned them. Nobody in Judea who knew this teaching apparently felt an urgency to warn people. It might have been an indictment on the priests, the Sadducees or the Pharisees who should have spread this teaching. 3) The wrath of God is on the way. John the Baptist’s message points to a future judgement. 4) The wrath of God is so terrible that one should “flee” – run – from it. Or find a way to escape it. There would be nothing pleasant about the wrath of God.

The writer to the Hebrews reminds us that all people will die and then face judgement (9:27). In the Sermon on the Mount Jesus referred to “that day” (Matthew 7:22). Apparently there was no need to explain what he meant by that. The prophets had warned long ago of the “day of the Lord” – a day of judgement (eg Joel 1:15; Amos 5:18). John the Baptist had picked up on that. Jesus continued the teaching but added details on what the end of an unprepared life would look like: “darkness…weeping and gnashing of teeth” (Matthew 8:12). He referred to a “fiery furnace” (Matthew 13:50, ESV), where the “worm does not die or the fire is not quenched” (Mark 9:48, ESV). He called it “eternal punishment” (Matthew 25:46).

Jesus said more about hell than he did about heaven. Paul wrote to the Thessalonians that we are delivered from the “wrath to come” (1 Thessalonians 1:10, ESV). Peter said: “For it is time for judgment to begin at the household of God; and if it begins with us, what will be the outcome for those who do not obey the gospel of God? And ‘If the righteous is scarcely saved, what will become of the ungodly and the sinner?’” (1 Peter 4:17-18, ESV).

As for the saying: “If there were no heaven or no hell, I would still be a Christian”, I know what people mean by that. I would not trade anything for the fringe benefits of being a Christian: the privilege of prayer, reading the Bible, knowing that God supplies every need, his providential guidance, the very real sense of his presence. The list is endless. But if I understand the Bible correctly, these are fringe benefits. The main thing is the gospel: “the power of God for salvation” (Romans 1:16, ESV), that we are justified by Christ’s blood, “saved by him from the wrath of God” (Romans 5:9).

Why be a Christian? It is mainly because this present life is not all there is. There is judgement to come. That is why Jesus died. Not to prosper us and not to make us feel better, but so that we do not perish.