'I want to love God with all my mind, but as an autistic Christian, my brain works differently to yours'

After years of feeling she didn’t fit in, an adult diagnosis of autism helped Erin Burnett understand why her brain worked differently. Here, she shares practical ways Christians can reflect the love and acceptance of Jesus to the one in 100 autistic people in our pews 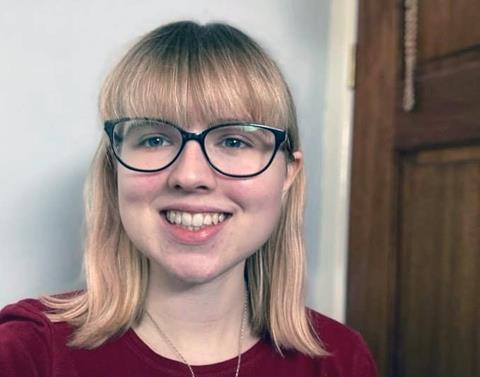 Imagine waking up and finding yourself in a strange place, where everyone speaks a language you are unfamiliar with and follows customs that are unknown to you. You want to connect with those around you and have so much to give – but you simply don’t have the communication tools.

This is what it felt like for me growing up on the autism spectrum. I couldn’t communicate with my peers, so even when I was in a room full of people, I may as well have been on another planet.

The National Autistic Society defines autism as “a lifelong developmental disability which affects how people communicate and interact with the world”. Autism has traditionally been associated with boys, although in recent decades our understanding of how it can present in all ages, genders and nationalities has vastly improved.

In particular, the neurodiversity movement has helped to change the way we view the condition, focusing attention away from the deficits and towards the benefits of including people with a different way of thinking.

The NHS estimates that one per cent of the population is autistic, a number likely to rise as diagnostic services improve and society gains a better understanding of neurodiversity.

With the likelihood of there being at least one autistic person in most churches, it is more vital than ever that Christians are equipped to welcome and integrate them into the body of Christ.

I was raised in a Christian family in Northern Ireland, so church was always part of my life. It was more than just a place we went on Sunday; it was a community made up of all sorts of people from all walks of life.

Although I had a lovely childhood, when I started secondary school it became apparent there was something different about me. I rarely struggled academically, but I was never able to make friends with other girls my age. This sense of disconnection extended to church life, too.

I once locked myself in the bathroom during a youth weekend and had to be coaxed out by a long-suffering youth leader. It wasn’t that other kids were being mean to me – far from it – I simply found it impossible to interact with them and preferred to be alone in a toilet cubicle than lonely in a room full of people.

It was during this time I began to take my faith more seriously. The Gideons visited school and gave us all a copy of the New Testament and Psalms, which I read from cover to cover. I’d heard the gospel many times before but, for the first time, I really understood that Jesus died for me.

Me, with all my struggles, imperfections and brokenness. I was particularly captivated by John 15:15 where Jesus says: “I no longer call you servants…Instead, I have called you friends.” The idea that God incarnate would call his disciples friends was particularly meaningful at a time when I was struggling to build relationships with my peers.

It was through faith that I began to find my voice. During a debating exercise in English class, I had to argue in favour of the existence of God.

It was a topic I was enthusiastic about, so imagine the teacher’s surprise when the girl who rarely spoke gave an impassioned monologue about theology! I decided then that this was what I would study at university – a decision that marked the beginning of an intense, tumultuous and ultimately life-giving exploration of the Christian faith.

Towards the end of school, a psychiatrist suggested that my social difficulties could be caused by autism. It wasn’t something I had considered before – I thought (wrongly) that autism was something only young children had.

I was informed that the waiting list for an adult diagnosis in Northern Ireland was up to three years (I had just turned 18 and ‘aged out’ of the children’s system). The delay meant I wouldn’t be able to access any support until I finished university. Fortunately, my family was willing to pay for a private assessment, a privilege not available to everyone.

It concluded that I met the criteria for autism, so after feeling lost for years, I finally had answers. It was a liberating experience.

Compared to school, university was a much more positive experience. My support worker helped me make the most of my unique strengths, while developing coping strategies for my weaknesses.

I was able to make friends with other students on my course, united by our shared interest in all things theological. I discovered a love for practical theology, the real-life application of lofty theological concepts.

And I completed my final-year dissertation on autism and the Church, exploring how churches can be made more accessible, as well as the ways in which autistic people approach faith differently.

In the Bible, Christians are instructed to: “Love the Lord your God with all your heart and with all your soul and with all your…mind” (Luke 10:27). But what if your mind works differently? One thing I have always struggled with is the idea of having a personal relationship with Jesus. I thought I was alone in feeling like this – perhaps I was just a terrible Christian? 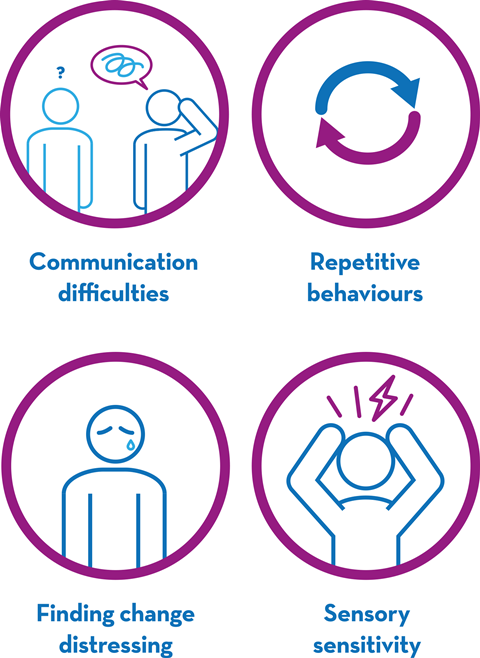 However, my research revealed that this is quite common for autistic people. We find it hard enough to relate to those we can see, let alone an invisible divine being. But this needn’t preclude autistic people from experiencing God’s love – they just need to find a way of relating to God that fits their unique way of thinking.

For me, Matthew 25:40 captures this: “Truly I tell you, whatever you did for one of the least of these brothers and sisters of mine, you did for me.” God reveals himself to me in tangible ways through fellow image-bearers.

The most difficult aspect of social impairment for autistic people is that we sincerely want to have friends but can lack the skills required to make and keep them.

We are often more comfortable socialising with people who are younger or older than us because there is less peer pressure and expectation to conform. One of the benefits of being part of a church is that it is a multigenerational community, and so autistic people can connect with people from lots of different age groups.

Another common characteristic of autism is sensory sensitivity. Autistic people can be over-or under-sensitive to external stimuli like lights, noise, smells, taste and touch.

Overstimulation can cause distress and, in more extreme cases, meltdowns or shutdowns. In order to cope with sensory overload, autistic people often engage in self-stimulating behaviours, otherwise known as stimming, such as flapping arms and rocking back and forth. Stimming is nothing to be concerned about as long as it is not causing further distress.

Churches have a lot of sensory stimuli, particularly those with a contemporary approach to worship, and can often be quite loud. Some minor adjustments may be needed to enable autistic people to feel comfortable.

Providing earplugs or noise-cancelling headphones, for example, is a simple and inexpensive way to let people with hypersensitivity to sound know they are welcome at church.

It is difficult to precisely define autism, as it is a spectrum condition that presents differently for each person. The spectrum can range from someone who is slightly quirky to someone who needs 24/7 care.

Socialising does not come naturally in the way it does to others; autistic people are baffled by the rules of conversation that are instinctive to most people. Both verbal and non-verbal forms of communication are affected.

Many autistic people develop speech later than average and some remain non-verbal. For those of us who can speak, it can be difficult to get the balance between give and take in a conversation. Some autistic people rarely speak, whereas others never stop speaking.

Autistic people often struggle to interpret non-verbal forms of communication – things like body language, gestures, tone and eye contact. As this is, in many ways, more important than verbal communication, it can often lead to misunderstandings.

It’s important to consider the many positive aspects of autism as well as being realistic about the challenges. Most autistic people have intense interests they are passionate about, and pursuing these can bring great joy.

If you want to connect with an autistic person in your life, a good place to start is finding out about their interests. Another positive characteristic of autism is enhanced attention to detail and good memory, skills that come in handy in academia or STEM (science, technology, engineering and maths).

Many of my autistic Christian friends are interested in fields like systematic theology and apologetics, as these ways of thinking about faith suit their logical and methodical brains.

God takes inclusion very seriously. In 1 Corinthians 12:14-27 Paul compares the Church to a human body, with each part having its own unique role to play. The early Church was countercultural in that it was comprised of those whom society had rejected: “God has put the body together, giving greater honour to the parts that lacked it” (v24).

The same can be true today – the Church should be a community for those who feel rejected by society. In order to build churches like this, Christians must be prepared to accept different ways of thinking within the body of Christ, rather than enforcing conformity.

The benefits of including autistic people in our faith community are twofold. The autistic person benefits from a sense of connectedness with God and other believers, and the church benefits from a unique way of thinking that may cast new light on timeless truths.

Autistic people see the world differently, and therefore may view faith in a unique way. They aren’t afraid of being direct and are willing to ask difficult questions, which can enhance the level of discussion at Bible studies, for instance.

Nicodemus is a good example of someone who asked challenging questions. He went to Jesus at night and asked: “How can someone be born when they are old?” (John 3:4), and after receiving an answer dug deeper by asking: “How can this be?” (John 3:9).

It is thanks to his persistent questioning and willingness to think outside the box that we have John 3:16, the most quoted verse in the Bible. We can’t retrospectively diagnose a biblical character, but autistic Christians can still be inspired by characters that seem to share some of their traits.

Most people are impacted by autism in some way, either by being on the spectrum themselves or knowing someone who is. Jesus portrays the kingdom of God as a place in which all are loved and accepted, as illustrated by his many parables that feature people rejected by society.

The Church has much to gain by including autistic people, so let’s reflect on how we can make our communities more accessible. Think about your church. Consider what aspects of your service may be difficult for an autistic person.

What adjustments can you make to create a more welcoming environment? Together we can build a Church that works for all ways of thinking.

How inclusive is your church?

Erin BurnettErin Burnett is an author from Belfast, Northern Ireland. Her most recent book, With All Your Mind: Autism and the Church, uses biblical teaching, scientific research and personal stories to explore the role autistic people can play in the Church. She writes at erinburnettauthor.co.uk