Why ‘A Christmas Carol’ is shot through with Gospel truth

At the heart of Dickens’ festive classic is a powerful redemption story. No wonder it’s one of the most adapted works of fiction ever written

Christmas parties at Fezziwig’s; grumpy misers in dressing gowns; silent ghosts in graveyards. These images are propelled to the front of your mind from the moment the opening line of A Christmas Carol is read: “Marley was dead: to begin with.” Few novels have embedded themselves in the public consciousness as much as this Charles Dickens classic.

Its popularity is reflected in the sheer number of times it has been adapted. From the moment that cinema pioneers worked out how to do special effects, people were translating this festive ghost story into film. A 3.5-minute short from 1901 shows Scrooge interacting with phantom Marley using in-camera tricks such as double-exposure to create eerie images of see-through people. Not only is it the earliest film adaptation of A Christmas Carol, it’s possibly the shortest.

Since then, we’ve seen Scrooge played by Patrick Stewart, Bill Murray, Alastair Sim, Jim Carrey and Donald Duck. There have been versions by Looney Tunes, the Flintstones, Disney and, of course, the Muppets. New adaptations continue to be released. This year, Green Wing star Stephen Mangan appears in a particularly enchanting stage adaptation at London’s Old Vic theatre. It has already won three Tony awards in America (becoming the first-ever Christmas-themed production to do so) and, if you’re lucky enough to bag a ticket, you will be treated to a choir of bells, snow drifting across the stalls and food tumbling down from the ceiling. But whether you make it to the theatre or not, the chances are that you will, at some point this December, encounter Dickens’ perennial Christmas classic. 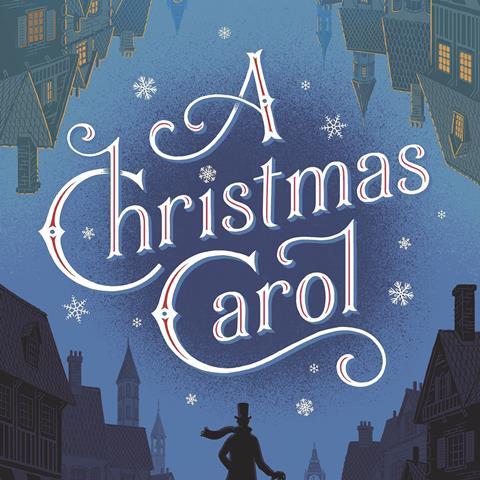 Yet we take the story’s popularity for granted. Charles Dickens was not the only one writing Christmas ghost stories in the Victorian era. Walter Scott, Elizabeth Gaskell and Arthur Conan Doyle were just a few of the literary heavyweights who also wrote short stories with festive frights. But the enduring power of Dickens’ tale of redemption far outstrips anything else from the era. Few books have so shaped the modern Western understanding of Christmas, or remain so perennially beloved by people of every age. The question, of course, is: why?

’I WILL LIVE IN THE PAST, THE PRESENT AND THE FUTURE!’

Have you ever tried to read Bleak House? It’s a sprawling opus of 377,000 words with not much in the way of plot but a whole lot of (capital T) Themes. It’s immensely rewarding, if you have a penchant for Dickens and a lot of patience, but it’s hardly an inviting tale. A Christmas Carol, by contrast, is a spry 31,000-word novella that barrels through the plot at a breakneck pace, fitting in four ghosts, time travel and a cooked goose in the space of a single David Copperfield chapter. That very brevity and simplicity is part of its appeal. 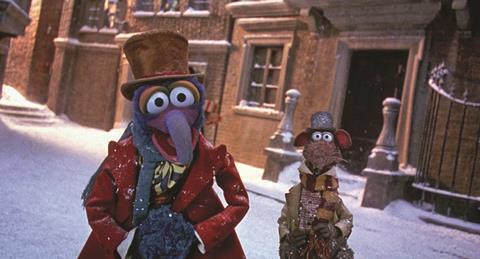 It’s also a perfectly structured story. Using past, present and future to examine Scrooge’s shortcomings creates a perfect three-act structure, more than 100 years before that concept was popularised in literary criticism. This narrative shape is an appetising hook on which to hang a tale. It’s also easy to insert existing characters into it, as with Mickey Mouse, or relocate it to a different era, as with Bill Murray’s Scrooged. The simplicity is the key, with the basic elements of greed-to-ghosts to-goose open to evolution and interpretation in any number of ways.

Adding to the pure literary appeal is Dickens’ knack for creating instantly memorable characters. Just reading the name Ebenezer Scrooge evokes his grasping, harsh, miserly personality, while the descriptions of him further add to the image of this iconic, pecunious figure. This is a man who doesn’t like candles because “darkness was cheap, and Scrooge liked it”. He wishes everyone who celebrates Christmas to be “boiled with his own pudding”. With an economy of prose that was unusual for Dickens, we are given a full and compelling picture of this now legendary grump.

This appealingly awful character forms the centre of the story, and he is one of the chief reasons that the novella has endured for as long as it has. In short, we still read A Christmas Carol today – and watch its countless adaptations – because it’s terrifically good.

‘I WEAR THE CHAIN I FORGED IN LIFE’

But Dickens’ timeless tale has also stuck around for so long because it’s so thematically resonant – perhaps even more so in 2021 than in 1843. One of the great driving themes of the story is that our actions on earth have eternal consequences. Ebenezer’s phantasmic wake-up call begins with Marley, his old business partner, who beats him to the grave. Marley provides for Scrooge what the rich man in Hades is denied in the parable in Luke 16:19-31. In Jesus’ story, the wealthy man who neglected the poor wants to go back and warn his family that their actions have eternal consequences, but is told that they have been adequately warned. Scrooge, however, is given that warning – the chains that are dragging Marley down are the avarice and cruelty he displayed when he was alive. 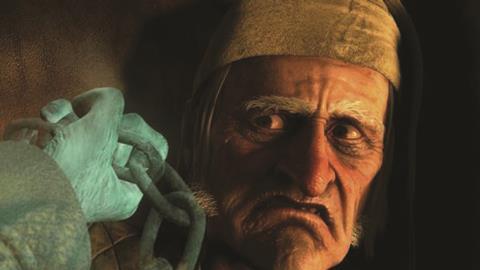 Christmas is a season with eternity on its mind anyway, when we celebrate stars aligning – literally – to mark the moment when the immortal took on flesh. It’s when the timeless enters time to change the course of history. Christmas is also the season when you get the most non-Christians piling into church buildings to sing songs about “th’incarnate deity”. More than any other time of year, people reflect on something bigger than their own lives and contemplate a cosmic, miraculous tale of the divine on earth.

Perhaps that’s why charitable donations tend to go up at Christmas time. Scrooge’s nephew acknowledges that Christmas is “a kind, forgiving, charitable, pleasant time; the only time I know of, in the long calendar of the year, when men and women seem by one consent to open their shut-up hearts freely, and to think of people below them as if they really were fellow-passengers to the grave, and not another race of creatures bound on other journeys”. He connects Christmas explicitly to charity, driven by these metaphysical musings.

A Christmas Carol thus provides an accessible, ultimately heartwarming story in which readers can not only wrestle with the eternal implications of their actions but also think about those who are less fortunate than themselves. It’s a call to charity and a warning against hoarding wealth, all done with a laugh and a smile. No wonder modern audiences still resonate with the Victorian parable.

5 adaptations to watch this Christmas

1. Scrooge, or Marley’s Ghost (1901)
More of a curiosity than an actual film, this historical artifact is freely available on YouTube.

2. Scrooge (1951)
Alastair Sim makes for a memorable miser in what is, perhaps, the most critically acclaimed of all adaptations.

3. Scrooged (1988)
Bill Murray stars in a reimagining of the tale set in the 1980s, one of the most popular Christmas films ever.

4. The Muppet Christmas Carol (1992)
My personal nostalgic favourite for its knowing, silly jokes and a note-perfect Michael Caine playing Scrooge.

5. A Christmas Carol (2009)
The motion capture animation is creepy, but otherwise this is a faithful, pacey version with an excellent Jim Carrey in multiple roles.

‘THE ENDS WILL CHANGE’

Crucially, however, this is not just a tale about a bad rich person getting a ghostly wake-up call. It’s also one of the most powerful redemption stories in English literature, with a truly hateful character experiencing a complete and utter transformation. That Zacchaeus-like journey of absolution is the story’s greatest asset. 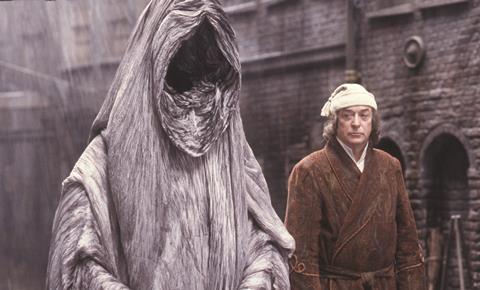 Make no mistake, at the start of the novella, Scrooge is one of the great villains of literature. He is described, most damningly, as “a squeezing, wrenching, grasping, scraping, clutching, covetous old sinner”. We are supposed to hate him. After all, what kind of terrible person doesn’t like Christmas? At his cruellest moment, he says that the poor of London should just die “and decrease the surplus population”. His distaste for charity and compassion makes him almost a parody, if he wasn’t so believable even today.

The state of his utter wretchedness makes his ultimate journey to redemption all the more satisfying. He goes from “Bah, humbug” to “I am as light as a feather, I am as happy as an angel”. We are drawn to the hope of the story, to the idea that people, even the worst of them, can change if given the chance. “Men’s courses will foreshadow certain ends,” Scrooge reflects at one point, “but if the courses be departed from, the ends will change.”

Readers and audiences are perennially drawn to redemption narratives, whether it’s Darth Vader turning on the emperor or Loki in the Marvel movies. We want to believe that our ends can change, that we can alter the direction of our lives. Dickens was often fairly oblique in his references to Christianity, tending to view Christ more as a teacher or role model than a fully divine saviour. His work is, nonetheless, clearly shaped by his Christian upbringing; gospel truth, particularly in the form of social and personal transformation, often emerges in his writing. And although none of the spirits that lead to Scrooge’s change of heart are the Holy one, the presence of God is nonetheless unavoidable in A Christmas Carol. 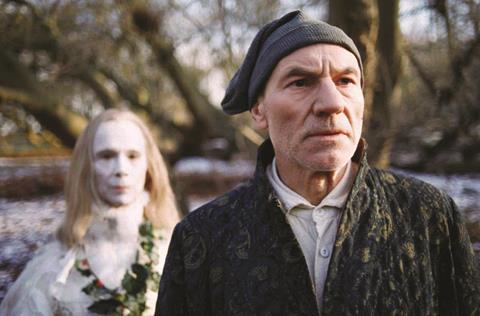 One of the most touching moments comes when Bob Cratchit returns from church and relates a tale about his disabled son, Tiny Tim: “He told me, coming home, that he hoped the people saw him in the church, because he was a cripple, and it might be pleasant to them to remember upon Christmas Day, who made lame beggars walk, and blind men see.” Jesus is inextricable from A Christmas Carol, and his arrival at that first Christmas has made redemption accessible to even the most despised of misers. As the story of Scrooge causes us to ponder if people really can change, we should be led to think of the miraculous advent of Christ.

Ultimately, that is why we keep coming back to the story of Scrooge: we’re all acutely aware of our own need for redemption. Many of us will see something of ourselves in Scrooge, whether that’s times we’ve turned our backs on the poor or judged those in less fortunate circumstances. Even those with more generous spirits than me, or Ebenezer, would flinch at the prospect of having to watch their past failures play out before them, or to see the consequences of their weaker moments. What A Christmas Carol offers, therefore, is a picture of a transformation that we all want, reflecting the offer from Jesus to turn our lives around. And there’s no better time to embrace such a story than at Christmas, because true repentance and change is only available because of the far greater Christmas story.

So, this festive season, as you tune in to watch Kermit singing “there’s only one more sleep til Christmas”, take a moment to reflect on the theme of redemption reflected in A Christmas Carol, and to thank the one who made it all possible.

God bless us, every one.