‘I thought only stupid people believed in God’

Guillaume Bignon reveals how a series of improbable events, and an awakening of his conscience, helped move him from assured atheist to confident Christian 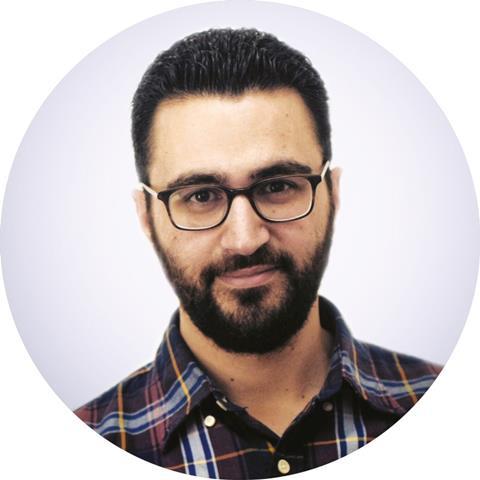 I grew up in France in the Catholic Church, but my engagement with the Church was not very passionate or sincere. As soon as I was old enough, I simply stopped going to church, and my life was not very different. I was an atheist from that point on.

As I became a young adult, I was busy seeking my own happiness. I was playing volleyball in the national league and heading towards gaining a degree to be a software engineer, which I thought would provide wealth.

One of my interests was women – in the French culture, this is an important part of life! I was starting to pursue women and to have relationships. In this very secular context in France, the likelihood of me hearing the gospel was not extremely high. But through a set of very improbable events, I did.

I went on holiday to the Caribbean and met an American there – a former model and actress. I was immediately attracted to her, so I tried to talk to her and seduce her. To cut a long story short, we ended up in a relationship.

I discovered that she was a professing Christian, which I thought was intellectual suicide. I had no patience for belief in God; I certainly didn’t want any of this for myself.

She had a view of morality that meant that she believed in abstinence before marriage, which was a huge deal breaker for me as well. Nevertheless, I was attracted to her enough that I decided to try to pursue a relationship, hoping the problems would take care of themselves.

I went back to Paris and she flew back to New York. I started to think about religion and God, so as to be able to tell her that she should stop this religious stuff and that we could be happy together. I picked up the New Testament to try to understand a little bit of what she actually believed. I discovered the person of Jesus and found him to be really interesting and captivating.

As I was thinking about Christianity and considering its truth claims, I figured there was also one experiment I should do, which was to pray as an unbeliever. So I said: “Well, if there’s a God out there, I’m looking into this now, so why don’t you go ahead and reveal yourself to me?”

I couldn’t have visited a church, even if I had wanted to, because at the time I was playing volleyball at weekends. But shortly after I prayed that unbelieving prayer, I picked up an unexplained shoulder injury, which meant I could not play for a few weeks.

So I visited a church, to see what Christians do when they get together. I describe it like going to the zoo, because I had never seen a genuine Christian before. I was very awkward; I thought that even being present in the church was already an intellectual crime.

I don’t remember a thing that the preacher said. But suddenly I thought: OK. I’ve seen enough; I need to escape.

So I jumped to my feet and ran out of the back door. As I had one foot out of the door, there was a big blast of chills that started in my stomach and went up in my chest and grabbed me by the throat. I was frozen on the doorstep.

I thought: This is ridiculous; I need to figure this out. I turned around and went straight to the pastor and introduced myself. He was amused to meet me, and very happy to discuss his beliefs and practices, and so we made an appointment.

Through conversations with him, over a period of months, some of the barriers that I had built against belief in God came down. I thought that you needed to be stupid to believe in God, but I met very sensible, intelligent people who believed.

I had a very strong feeling that the Christian view of ethics was repressive and intolerant, but the pastor was able to paint a much better picture. I thought that science disproved God but I was able to see that there was no strong objection against the existence of God based purely on my scientific knowledge.

On the positive side, I came to appreciate the teachings of the New Testament and saw them as historical records of what happened to Jesus.

When the intellectual barriers were removed, the mind gave permission to the heart. But there was still a huge missing piece. The question I kept coming back to was: why did Jesus have to die?

I had been hoping for some sort of open heaven, with rays of light coming down from the sky and a voice telling me: “Welcome, son.” What God did instead was reactivate my conscience.

I realised that there was something really immoral that I had committed in the weeks prior – something that I had lied to everybody and to myself about. God shoved it in my face, and it was a very real, powerful experience. I realised: I’m not a good person. I’ve done this [thing] and there is no erasing it.

In that place of pain and guilt, the message that I had been reading about finally made sense. I realised: That’s why Jesus had to die – for me.

I came to understand the Christian message, that Jesus paid the price for our sins and that we can be forgiven and have eternal life, not because we are good (I wasn’t) but because of our faith in Christ. That message hit me like a ton of bricks. I accepted it – I trusted Jesus for my salvation – and the guilt evaporated. I experienced a spiritual rebirth.

Watch Bignon in conversation with Graham Oppy and Justin Brierley at thebigconversation.show