Why I walked away from Christianity – and why my dad stayed

This month, Premier Christianity asked twelve leaders why the UK Church is in decline and what we can do about it (read their responses here).  Here, a father and son share their respective reasons for staying and leaving the faith 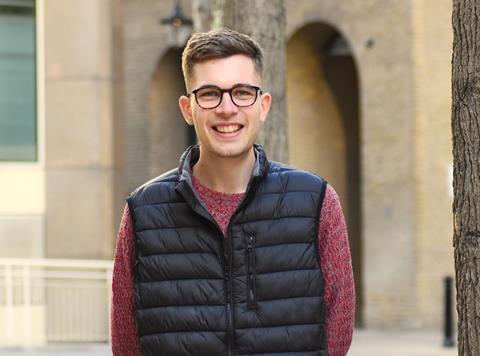 Why I walked away from Christianity

I remember standing in a renovated church barn, speaking to a small group of teenagers about why I was a Christian. I was interviewing for the position of youth pastor and had been asked to share a snippet of my testimony. The reason I gave was that the biblical worldview provided the best explanation for the way things are, quoting my beloved C.S. Lewis: “I believe in Christianity as I believe that the sun has risen: not only because I see it, but because by it I see everything else.”

While not untrue, some deeper introspection would have revealed that those beliefs were inherited from my parents and maintained by the church activities and social circles I participated in throughout my teenage and early adult life. Later in the journey, a long process of exploring my foundations began to erode the explanatory power my Christian worldview held.

The authority of scripture slipped away first. I’d begun reading the Bible aged fourteen, and by eighteen had completed the journey to the Book of Revelation before starting all over again. The Bible gave life to my faith. After embarking on a theology degree, however, I encountered a level of study deeper than my devotionals, and as I was learning more about the human authorship of the Bible, its divine origin became harder to discern.

Not only that, but I was becoming increasingly troubled by the nature of the main protagonist set out within the Bible’s pages; his frequent resort to violence as a means of problem-solving, alongside discriminatory commands regarding the treatment of women, slaves, gays and foreigners. These were in stark contrast to the image of a ‘good’ God that I had, to this point, assumed as true.

I had tried for some time to read troubling passages with the trust that God had his reasons, believing that learning the proper context to such passages would exonerate him. Despite my efforts, it’s hard to find a context that justifies the command to put to death “men and women, children and infants”.

This is not to say I view the biblical god as a cartoon super-villain, or the Bible as a book of irredeemable evil. It makes the most sense to me as a collection of literature that records a nation’s self-understanding, framed by the divine concepts and language that were prevalent at that time. The biblical god issues the calls to vengeance, mercy, violence and social justice that would be expected of any morally ambiguous human character.

Without confidence in the Bible as the true revelation of a good God, I was on shaky ground. Where could I turn? Throughout my church life I had been part of charismatic circles that placed great emphasis on a personal relationship with Jesus that could be experienced first-hand: “Taste and see that the Lord is good” (Psalm 34). But despite years of worship services, personal quiet times and inviting Jesus into my heart, I experienced little more than warm fuzzy feelings in response to a rousing chorus, or vague thoughts in my head that I was taught were prophetic words. Was this truly the unsurpassing joy and life-changing divine relationship that had come so highly recommended?

To add another layer to my doubts and questions, I had come out as gay at the age of eighteen, after several years of denial and suppression. At first this didn’t pose a great problem to my faith; the initial period served as a space for self-acceptance and opening up to those around me. However, studying theology at an evangelical Bible college left me in little doubt that this was something I had to address with God.

Studying both sides of the debate led me to the uncomfortable conclusion that God didn’t seem too keen on same-sex relationships. I went through various phases of deciding I would live a single life, but each recommitment rang hollower than the last. It just didn’t seem to make sense. Why would God place this arbitrary restriction on mine and many others’ lives without a clear reason? “God designed marriage to be between a man and a woman” didn’t really cut it as an explanation, and it made far more sense that we were trying to shoehorn a first-century human understanding of gender and sexuality into a world that had moved on.

As things began to crumble in the final years of my faith, I scoured through Mike Licona’s six-hundred-page epic on the historicity of the resurrection, hoping for a lifeboat in the storm. Maybe there were some cold, hard facts of history that I could cling to. His argument was very systematically set out and presented a thought-provoking case, but its interpretative nature and the sheer distance of the events it was discussing left me underwhelmed. It gave me little confidence in Christianity when set against the Bible’s all-too-human, unflattering vision of God and the absence of a personal encounter which I’d been told lay at the heart of faith.

I understand the reasons that people find a home in Christianity; it was my home for ten years, and had things played out differently I may still have been living there. But a year on from sharing my testimony about Christianity making the best sense of the world, it seemed that if reality had an explanation, it was more likely to be found beyond the beliefs I once professed. In the end, there was no slam-dunk case which caused me to leave behind my Christian faith, but a gradual acceptance that my belief had already left.

Logan Walker studied theology at the London School of Theology and Durham University, and is currently working in communications. He blogs about his journey of leaving the faith and the people he’s met along the way at beyondbelief-blog.com 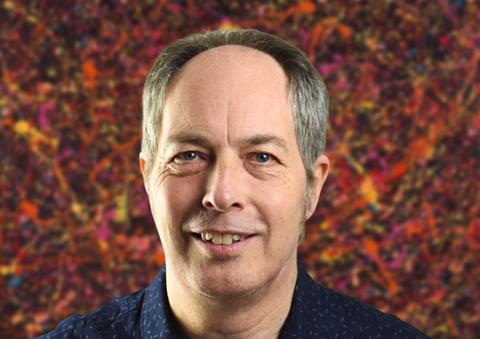 Why I’m still walking with Jesus

“Derek, how come you’ve stopped swearing?” asked my friend. I had been trying for months to cut down on my use of profanities, but without success. I had not realised that there was a much deeper root cause that needed addressing.

Two weeks earlier, I had been to a church youth group for the first time. Praying in my room afterwards, as I had been brought up to do, and looking out into the midsummer night sky, I got the impression that God suddenly moved from being on the outskirts of the solar system into my bedroom as a glowing ball of light. It was an experience that changed my life overnight. I found myself in floods of tears, repeating “Thank you Jesus, thank you!”

From then onwards, the anger that fed my swearing and the depression that followed me went away for good – and several other people noticed the change before I did.

That subjective experience – grounded by a lifetime of tangible after-effects – is one of the reasons I keep my faith, even in the face of many questions.

But you need to base a belief in God on something more solid than personal experience, so here are my other two reasons for why I remain a Christian to this day:

Objectively, the historic Jesus is well-documented and I find the Old Testament hints about him to be both constant and too difficult to fake. Isaiah 53, for example, was written some eight centuries before Jesus, and before crucifixion was invented, but it captures so much of Jesus’ purpose and death – as does Psalm 22.

I am impressed by the way that Jesus’ death and unexpected resurrection fulfil the model of forgiveness by scapegoat and have many parallels with the Passover lamb (including the ‘hidden’ broken middle piece of Matzah in the traditional ritual of the Passover meal). The way that God is presented in the Old Testament is a problem for some, but I see the role of those books as partly about showing us that any rules-based religious system simply does not work. The only solution to the world’s problems is in the heart, and that’s what Jesus addressed.

Based on what we know scientifically about the origins of the cosmos, I find that the more I consider the universe, our planet and nature, the more I am convinced that it and we are all deliberately designed. The chances of the Big Bang’s explosive force and the gravitational pull bringing it back together, which allowed stars and therefore life to form, being so precisely balanced are remarkable. I understand that the balance has an accuracy which is astounding: one part in one followed by sixty noughts.

I have no problem with evolution or natural selection per se, but evolution by accident is another matter entirely. We can look back and see how creatures with complex life cycles, such as frogs and butterflies, developed; but personally, I cannot see that happening by pure chance. I see deliberate design there – and plenty of David Attenborough episodes reinforce that view.

When I reflect on the line that “God is Love,” it makes so much sense of life. There may well be life on other planets and we know of other spiritual beings such as angels, but God has the power to create a whole universe just for humanity, setting us in this miniscule, otherwise irrelevant ball of life in the midst of an inconceivably vast, cold and empty universe as a way of saying: “You’re worth it to me.” Giving us enough facts to pique our interest, but leaving enough ambiguity for us to make a free choice fits with a God who wants us to share his relational and creative nature.

That sets the tone and explains why this debate will run and run: there will never be proof either way; that’s why it’s called faith.

It will not convince many atheists, but I look around and see so much fitting the big picture and forming a framework that makes sense to me. From evidence like the disciples giving their lives for something that they clearly believed in and saw first-hand to the tingly feeling I sometimes get when I pray; from the many deep, interconnected layers I find in the Bible to the many other lives I have seen changed for the better; from the world-changing effect of Christianity on history to the richness of life visible in committed Christians I know. I see a raft of evidence that points to Jesus being God and God being true, just as spokes of a wheel come together at its axle.

Derek Walker is an Anglican Lay Minister, who designs luxury kitchens by day and blogs about faith, music and the arts at walkerwords.wordpress.com.