The 29 year old daughter of controversial psychologist Jordan Peterson is reading the Bible, praying and experiencing a peace she’s never felt before 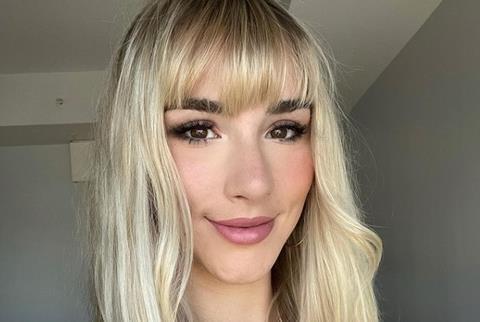 Mikhaila Peterson has become increasingly well known as her father’s fame has spread, especially during his recent illness, when she updated the public regularly on his welfare. Apart from her famous father, she is best known for advocating a meat-only diet and talking openly about her mental health difficulties.

Earlier this month, she revealed her new faith on her popular YouTube channel, and says she has been reading the Bible and praying for a month.

Jordan Peterson is liked by many Christians for his high-profile discussion of the Bible and Christianity, which he is generally positive about, though he stops short of professing traditional faith in Christ. He is also disliked by many liberals, as he has critiqued the transgender movement and proposed reasons for the gender pay gap other than the feminist claim that it is due to the oppression of women.

The fact his daughter is publicly talking about finding faith and reading the Bible is likely to increase Jordan Peterson’s own discussion of Christianity, and further divide public opinion.

Mikhaila revealed her new belief in a podcast with YouTube animator Seamus Coughlin, who is Catholic. She said she had never discussed it publicly before, but that a month ago she “found God” after praying due to “existential angst.”

She begins her story at 13:54 in the above video. “I grew up with my dad, so I learned a lot about the psychological significance of the Bible,” she said. “About a month ago, I would say, I found God… which I definitely haven’t before. It was very sudden.

“For the past month or so I’ve been reading the Bible and praying. The amount of peace I’ve had, I haven’t had before. It’s completely absurd. I can’t believe it.”

She said she had been put off Catholicism due to a “punishing element” and that “I have enough guilt in me that I punish myself enough.” Her mother is a Catholic and Jordan has sometimes discussed the positive influence her faith has on him.

The catalyst to her praying, Mikhaila said, was first that four parts of her life were going really badly. A Christian man she met in Austin, Texas, told her that she needed God and advised her to pray that he would reveal himself to her. “I went home that night and I felt pretty upset about these four major problems,” she said. “I was praying, like seriously praying…The next day, all four problems cleared up…I also woke up with this sense of calm.”

I’ve been reading the Bible and praying. The amount of peace I’ve had, I haven’t had before. It’s completely absurd. I can’t believe it.

Mikhaila, like her father, advocates for taking personal responsibility and often criticises the ‘left’ in the acrimonious “culture wars” taking place in the West. However both their positions are often more nuanced than they are given credit for, and misrepresented both by their fans as well as those who dislike them.

It will be interesting to see if her political views change as her faith grows, and how that influences the public discussion about her and her family. In the rest of that podcast, the other YouTuber and her father Jordan continued to discuss Christianity using their different perspectives. Hopefully the Church can engage positively with them and help Mikhaila develop her faith, rather than criticise and condemn.

What most inspired me, was that such a simple encouragement by a man in Austin, for Mikhaila to pray and seek God, helped this young woman to reach out and find a God who she had often heard about, but never experienced before.

Heather TomlinsonHeather Tomlinson is a freelance journalist and regular contributor to Premier Christianity magazine. She likes to communicate the Christian faith to anyone who will listen: find more on her blog - heathert.org
Follow @https://www.twitter.com/heathert