The Sandman: The horror-fantasy show that dares to mention God

The Netflix series based on Neil Gaiman’s comics controversially casts a female Lucifer in a story line that has echoes of the parable of Lazarus and the rich man. Giles Gough explores 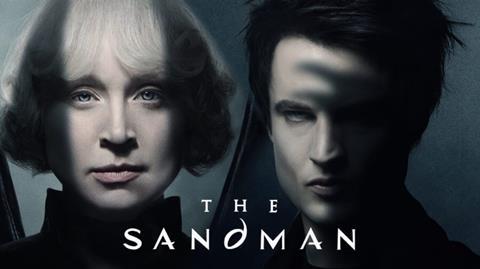 The Bible has been the starting point for some of the best horror fiction out there, and The Sandman is a brilliant example.

The story follows Morpheus, the Lord of Dreams, who has been imprisoned for 100 years by a greedy sorcerer. Once Morpheus escapes, he has to put right what has gone wrong in his absence, including retrieving his helmet, which is now in hell.

While the entire show is fascinating, episode four, ‘A Hope in Hell’ is especially relevant to Christians.

What power would hell have if those here imprisoned were not able to dream of heaven?

As Morpheus enters hell and walks to Lucifer’s palace, he is accompanied by Matthew, his talking raven. Matthew acts as an audience surrogate, providing Morpheus with an excuse to reel out tasty morsels of exposition, such as this one: “Saving only the creator, Lucifer is perhaps the most powerful being there is”. Right there we have an oblique reference to the existence of God. This might not seem much to get excited about, but the fantasy genre - even ones featuring demons or the devil himself – are usually twitchy about referencing an all-powerful benign creator. In the same way that adults are useless in many children’s adventure stories, God doesn’t usually show up in fantasy tales - because having the Almighty in your story rather diminishes any narrative threat.

Next, Morpheus tells his raven companion: “When we first met, Lucifer was the angel Samael”. This is not a name that most Christians will be familiar with, but Samael is mentioned in the ancient Hebrew text, The Book of Enoch, and described as one of the fallen angels (although interestingly, not as their leader).

In some Jewish lore, Samael is referred to as the ‘angel of death’ and the ‘head of the satans’ (from the original Hebrew meaning ‘accuser’ or ‘adversary’) although he is portrayed as still being subject to the will of God. From the fifth and sixth centuries onwards, Samael was conflated with Satan as we understand the figure today.

Perhaps the main reason why the depiction of Lucifer in Sandman feels so authentic is the way Morpheus, an immortal being himself, is patently scared of Lucifer. This is a significant change from the books the show is based on, where Morpheus challenges Choronzon, the demon who acquired his helmet, to a duel. In the book, Choronzon fights the duel himself, but in the TV series, he nominates Lucifer as his champion. In that moment, you can see Morpheus’s face fall. He knows that this is a challenger who can defeat him. Unlike other shows, the devil is portrayed as a genuinely fearsome character whom should never be underestimated.

Having the Almighty in your story rather diminishes any narrative threat

When Morpheus eventually wins the duel, he thanks Lucifer for being so honourable. To which Lucifer replies: “Honourable? You joke, surely…the million Lords of Hell stand arrayed about you. Tell us why we should let you leave? Helmet or no, you have no power here – after all, what power have dreams in hell?”

Morpheus responds: “You say I have no power here. Perhaps you speak truly, but to say dreams have no power in hell, tell me Lucifer Morningstar, what power would hell have if those here imprisoned were not able to dream of heaven?”

Gwendoline Christie delivers a fantastic performance as Lucifer and, in this moment, you can tell Morpheus’ riposte stings her.

For those of us who know our Bibles, the exchange is reminiscent of the parable of Lazarus and the rich man (Luke 16:19-31): the most painful thing for those in hell must be the regret and knowledge that they could have avoided being there. But, despite being willing to give anything to get out, there is no escape. In this moment, it’s clear that Lucifer feels the pang of remorse at what she did, and desperately wants forgiveness but, unlike every living human being, she can do nothing about it.